The profile of #bransoncognac has been at long last revealed

Branson Cognac has officially arrived. Although, we have to say it’s hit the streets with more of a fizzle than the explosion that’s we’d have expected. From a guy who’s certainly not backward in coming forward, this is a somewhat understated launch event.

King of the F-word, 50 Cent is littering social media with #bransoncognac, and from this and the (decidedly low scale) news headlines we can deduce the following about the rapper’s foray into the world of eau-de-vie.

At long last we can answer the question:

Who is the producer of Branson Cognac?

It’s none other than Raymond Ragnaud, a family run producer based in Grande Champagne with a history dating back to 1860. Read more about the brand of Raymond Ragnaud Cognac.

So… What else do you need to know about Branson Cognac?

1. Cognac Branson is a VSOP

A good solid quality, one that can interchangeably be used for enjoying neat, mixed, or in a cocktail. OK, there’s a somewhat grandiose claim on the Branson Cognac Twitter feed that states, “Home of the world’s smoothest Cognac,” but we’ll reserve judgment on that point until we’ve tasted it ourselves…

The Branson Cognac has been aged for a minimum of 4 years, but the majority of eau-de-vie in the blend are aged up to 7 years.

Created from a blend of certified Premier Cru eaux-de-vie, with the grapes hand-harvested from the celebrated appellation.

3. It has been aged in Sessile Oak barrels over 50 years in age

It appears that Sessile Oak has been used at some point along the aging process to impart elegance and finesse. Definitely something we’d like to know more about, and certainly might add some kudos to the blend.

We’ve not had the chance to sip it yet, but the official line is this:

“The golden and bronzed Cognac has intense ﬂoral, fruit, spice and tobacco notes on the nose, such as ripe peach, cloves, and cinnamon. On the palate, the same ﬂavors are combined with a hint of vanilla, dried fruit and licorice. The ﬁnish is incredibly smooth with almost no burn, and exceptionally long, leaving a lasting ﬂavor in the mouth.”

A run-through of the facts about #bransoncognac so far

50 Cent (AKA Curtis Jackson) has spent the last few weeks visiting liquor outlets in Texas, signing bottles and lapping up the limelight. Although from what we can see it’s far more about touting his Champagne brand, Le Chemin du Roi, than the Cognac. A liquor store in Connecticut was also on his radar (Waterbury, to be precise), where a fair crowd was there to meet him.

He also posted a picture of himself on Instagram surrounded by bottles of Branson Cognac and, bizarrely, a bottle of Remy Martin Louis XIII. It was captioned, “What you thought l was doing in France fool. l went to get the work, l got da plug get wit me. BRANSON Brown the finest cognac around. #getthestrap”.

Yep – we didn’t really know what it meant either…

He also alluded to the fact that Cognac Branson would be an official sponsor of the 53rd NFL Superbowl in another elusive Instagram post.

But then, we’re probably not the target market for 50 Cent’s new offering. This is a Cognac that will be aimed at the millennials, the hipsters, the clubbers–in other words, the younger generation.

On Wednesday 26 April 2018, 50 Cent announced a partnership with Branson Cognac. Of course, being that 50 Cent is an absolute social media fanatic, this announcement wasn’t made in the regular fashion of a press release or via an industry website. Instead, he went viral thanks to the power of Instagram and YouTube.

A while ago, we reported about the ‘secret’ visit of the uber-cool rapper, 50 Cent, to the Cognac region. He met with the two Tessendier brothers, Jerome and Lilian, in what was apparently the beginning of negotiations of a collaboration for a new Cognac. Read more about 50 Cent’s original Cognac visit.

And now we can showcase the launched bottle of Branson VSOP Cognac, a Grande Champagne offering that will very soon be hitting the shelves.

But the real question we’ve got is this: Who on earth is Branson Cognac? Is it a completely new brand (such as Jay-Z and D’Usse, his collaboration with Bacardi?). Or is it a sub offering from a smaller house under a different brand name?

We probably shouldn’t, but we can’t help but compare 50 Cent’s Branson to the Jay-Z Cognac, D’Usse. Like two opposite sides of a coin, the hype surrounding the launches couldn’t be more different. OK, so the J-man had the might of Bacardi on his side, which undoubtedly helped bring D’Usse into the public eye (check out our article on the D’Usse launch). But c’mon, 50, Curtis, or whatever you like to be called, give us a little assistance here. We don’t even know which house you’re working with, or any of the steps that’ve brought Branson to market.

What about the price of Branson Cognac?

We guessed right in thinking that 50’s Branson Cognac would be a VSOP. We also guessed that it will be priced around the same level as D’Usse – but it’s, in fact, a bit cheaper – at around 70 US dollars.

“Give us the scoop!” We want to taste, savor, and let our worldwide base of Cognac aficionados know why they should be buying Branson Cognac.

So get in touch and we’ll be delighted to get your message out to our global following.

Have you tasted Branson Cognac yet? If so, let us know – we’d love to hear what you’ve got to say about it. And if not, why not pass the time with a sip or two of the D’Usse VSOP or D’Usse XO, because those two we certainly can give you our expert advice on… 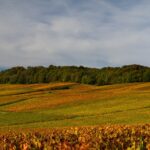 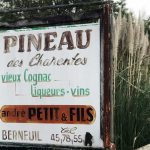 Build Your Own Cognac Bar