If you know your Cognac, then you’ll already know the answer to this question. But despite massive leaps forward in the global recognition stakes, a lot of confusion still surrounds the term ‘Cognac’. 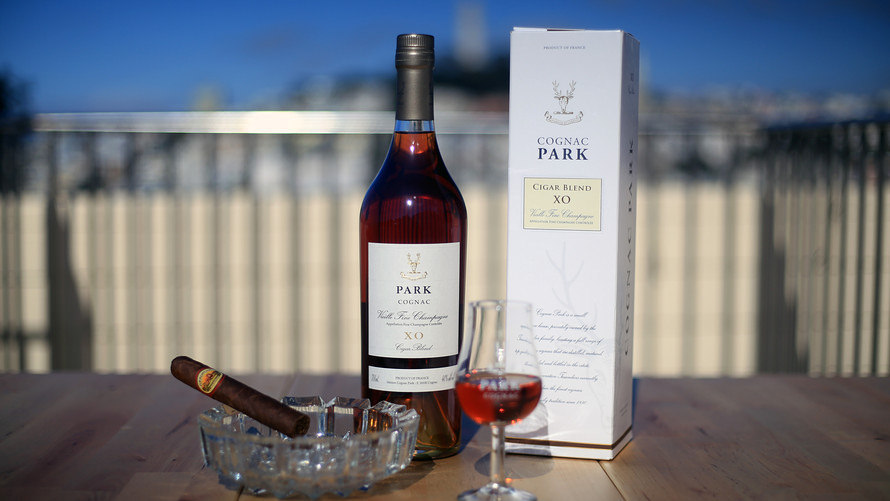 Here is the definitive guide as to why Cognac is called Cognac. In addition, we’ll talk about the Cognac vs. brandy debate. In order to understand the first question, it’s necessary to have a little comprehension about this too.

Cognac: It’s a place… And a drink

And to add even more confusion into the mix, it’s a brandy as well! No wonder people struggle to really understand what’s what.

So let’s shed a little light on the subject. Cognac, the place, is a town in the region of southwest France. And the winemakers in this region grow their grapes to produce brandy. Now, the wine that’s grown here tends to be not that great, we have to admit. But while it’s not particularly good for making wine to drink, it’s rather superb when turned into brandy.

The soils around the town of Cognac predominantly consist of chalk, and this leads to grapes that produce very acidic wines. Acid wines are exactly what’s needed to be distilled into the best brandy. As far back as the 16th century the wine growers in the Cognac region began to do just that. Innovative producers of the day sold their wares to sailors, and from there it was but a small step to begin exporting around the world. Imagine that, all those centuries ago! To find out more, check out our article on The Complete History of Cognac.

Word soon got around that the town of Cognac was the best place from which to buy ‘brandy wine’, or ‘brandwijn’. And the spirit soon came to be referred to simply by the town in which it was produced–Cognac.

As time went by, various producers sprung up. These included the big names, such as Hennessy and Martell, as well as some of the smaller houses, some of which still exist today. One such example is a house whose products we adore, A.E. Dor. Read more about them in our brand focus on this artisan house.

Time for some rules to be put into place

Of course, human nature being what it is, as soon as the wine producers of Cognac began making money from their brandy, other people soon tried to profit from this. Many other products tried to ‘steal’ the word, calling their products Cognac, or a derivative of this.

But it wasn’t until 1909 that regulations came into place concerning the making of Cognac. It was in this year, on May 1st, that a decree was announced for the area in which Cognac the brandy could be produced. It highlighted what is called the ‘delimited region’, and it roughly surrounds the town of Cognac. This region includes the entire department of the Charente-Maritime, most of the department of Charente, and small parts of the Deux-Sevres and Dordogne departments. It was set up thanks to a group of Cognac professionals and the French Government. The decree is known as the Appellation d’Origin Controlee, or AOC for short. On May 15, 1936, this was further modified, and then again on January 13, 1938, to specify the different growth areas, or terroirs, of the region. Find out more about this in our article about the different terroirs of Cognac.

In addition to the actual area covered, other rules were put in place to specify the type of grapes that could be used, and the actual process of making the brandy we call Cognac. Anything outside of these ‘laws’ cannot legally carry the name of Cognac. It’s as simple as that.

In the year 1946, the Bureau National Interprofessionel de Cognac, or BNIC, was founded. This has become the governing body of all things Cognac (the drink), and over the years they have been pivotal in protecting the name. Of course, with Cognac brandy being the epitome of luxury, and globally considered to be the very best brandy there is, many tried sneaky ways to cash in on the name. But one by one, slowly and steadily, the BNIC brought these culprits to task using the full force of the law.

So let’s be very clear about this fact. Cognac, the drink, can only be produced in the delimited region surrounding Cognac, the town. There is no ‘American Cognac’, nor ‘Armenian Cognac, or ‘Russian Cognac’. Cognac can only be made in the strictly defined area of France–period!

Are there changes on the horizon?

So that, in a nutshell, is why Cognac is called Cognac. It takes its name from the epicenter of the region in France from where it’s produced. Interestingly, there are moves afoot to consider if the strict rules about how Cognac is made are due for an overhaul (not the region, that’s not open to debate).

Some of the leading names in the world of Cognac are discussing some potential changes. This all stems from the current trend to age Cognacs in barrels other than the ones allowed, as well as perhaps making brandies from different varieties of grape. This ‘finishing process’ has been seen in other spirits, such as whisky, rum, and tequila, and even with various craft beers. 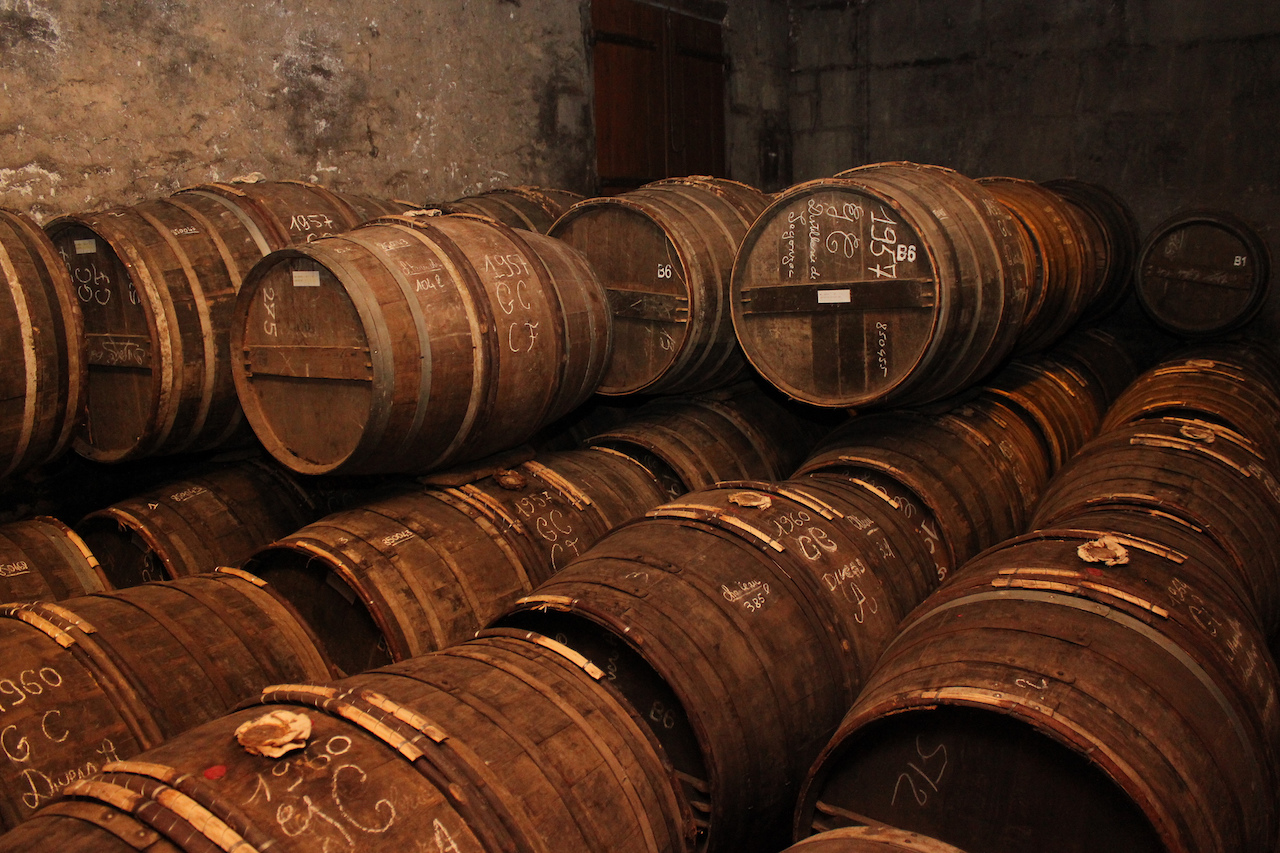 The Cognac giant, Courvoisier, has already brought a drink to market that carried out the last stage of the aging process in sherry barrels, the Courvoisier Sherry Cask Finish. Other producers are also experimenting outside of the AOC rulebook, making products that can’t legally carry the name of Cognac. Instead they’re described by such names as, eau-de-vie-du-vin.

Of course, we think that it’s extremely important that Cognac makers continue to push the boundaries. The spirit market is highly competitive, and innovation is vitally important to keep the drink current. After all, Cognac has to compete with the whisky market, the burgeoning gin market, rum, vodka, and many others. So whilst it’s important for Cognac to remain traditional, it can’t simply stand still. We wait with baited breath to see if any of these rumors ever come to pass.

So there you have it. To sum up, Cognac is called Cognac because it’s made in the region surrounding the town of Cognac. If it’s not made there, it simply isn’t Cognac. 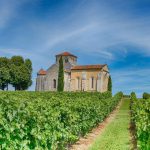 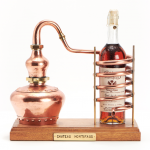 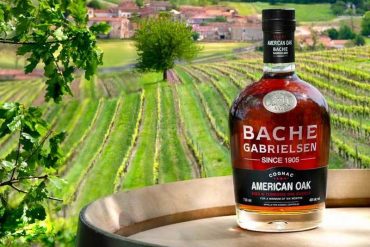 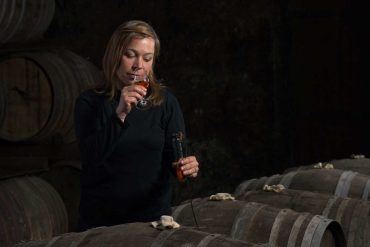