Aria Grigoryan, the president of the Armenian company – Yerevan Brandy Company has commented on the newly formed Armenian Union of Brandy Producers (AUBP).

The aim is to regulate the Armenian brandy trade, much as the BNIC regulates French production.  In France, they oversee all stages of production of cognac; from the growth of the grapes right through to exportation.

The AUBP is very much in its infancy – with 11 organisations so far signing up to the initiative.  Although they have not yet launched any activities, it is seen as a very positive step that the Armenian brandy producers are happy to join and support this new initiative.

Mr Grigoryan says that Armenian brandy needs to have a regulatory body in order to preserve the heritage, history, standards and quality of the drink.  And whilst numerous problems in the set up exist, other role models such as the BNIC show that it is indeed possible.

With strong government support, they hope that the AUBP members will work together to protect and represent their common interests.  This also includes the legal quandary which hangs over the name ‘Armenian Cognac,’ which the AUBP wants to keep.

Russia has recently set new laws for the minimum sale price of both vodka and brandy.  It is hoped that this will be the beginning of the end for certain ‘fake’ brandies and other alcohol which is commonly found on the shelves of Russian stores.  This can only benefit the export of genuine Armenian brandy into Russia.

When asked about the New Year sales for the Yerevan Brand Company, it appears that despite the worldwide economic crisis, the year end sales have been following a positive trend.  So, the company, along with the AUBP is looking forward to a positive year in 2011. 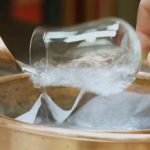 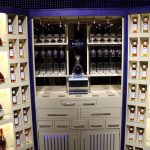