After years of speculation about the “raison d’etre” behind Jenssen Cognac, it’s now been bought by Chateau Pontet-Canet, owned by Alfred Tesseron.

Read more about the brand of Jenssen and discover their cognacs – or have a look at Tesseron and the house’s products.

The brand of Jenssen was created in the year 2000 by a Norwegian, and then sold in 2005 to the Russian Group MMVZ for the princely sum of 3 million euros.  However, once in new hands the brand failed to show any profits – in direct contrast to practically every other Cognac house who were revelling in the latest “golden age of Cognac.”

Rumours about the majority shareholder – the Russian, Andrei Borodin – were flying around.  And these only accelerated when he was charged with embezzlement and fraud in 2011.  Borodin fled Russia under a cloud of suspicion, and Interpol issued an international warrant for his arrest in November of the same year.

The estate was then (which also includes a 22 hectare in Grande Champagne called Le Maine Pertubaud) put on the market for 5 million euros.  It was reported in the French newspaper, Charente Libre, that “the house was like an empty shell.”  There was also speculation that the estate was simply a means to divert funds from Russia into Europe.

With the acquisition of Jenssen, Tesseron now has two Cognac estates to its name.  With a history that harks back to 1905, the plan is to include the Cognac from the Jenssen estate within the cellars of Tesseron.  Alfred Tesseron said the he has “the aim of ensuring the continued supply of high quality spirits.” 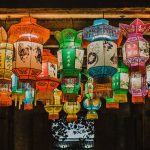 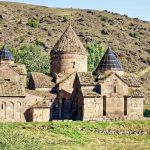