Armenia has long been a producer of good brandy, but once again, this raises the age old issue of wanting to cash in on the global name of cognac.  As we all know, since 1909 only brandy produced in the strictly designated zones of the Cognac region and under stringent conditions can ever be labeled as cognac.

Over the past decades, the BNIC has had a constant fight to ensure that the name of our beloved eaux-de-vie is not misused by a plethora of other products.  Across the world manufacturers of brandy have been stopped time and time again for labeling their products with either the word or variations on the word ‘cognac.’

But now Armenia is trying to take this one step further, and is actually trying to negotiate with the European Union to be able to use the word cognac when labeling  its brandies.  The Armenian deputy minister of economy, Garegin Melkonyan, argues that this is part of the free trade zone agreement.

He says, “the issue has been presented to our European partners saying that cognac is perceived as a type of product among our population, and that cognac production has had long years’ history in Armenia.  These nuances and specific aspects should be taken into account.”

He also says that the name cognac is used in other countries as well, quoting both “Californian cognac,” and “Greek cognac.”

These discussions are at the 5th stage of the Armenia-European Deep and Comprehensive Free Trade Area, and were directed to the dispute settlement stage at the discussions held in Yerevan on April 16-17th.

Well, we don’t know about you, but we’re pretty sure that the BNIC would come down like a ton of bricks on any producer labeling a product in such a manner.  And Melkonyan further reduces his argument by also trying to negotiate on the same manner with the word “champagne.”  He laughably says that this issue is “not as sensitive as the cognac issue.”

Well, we beg to differ on this, as we think that the champagne producers and powers that be will be just as outraged as the cognac industry.

We’ll keep you posted if this story progresses any further. 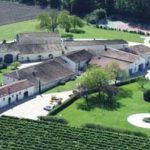 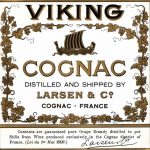 Armenian Union of Brandy Producers look to BNIC for Inspiration