It’s official! Hennessy is now the official spirit of the NBA, with the announcement of a multi-year deal that also includes the Women’s National Basketball Association and USA Basketball.

Carrying on the mantra of Hennessy’s “Never Stop, Never Settle.” campaign, the partnership will be officially presented at the up-coming All Star Weekend 2020 in Chicago from February 14-16.

Dan Rossomondo, NBA Senior Vice President, Media and Business Development, says of the collaboration, “Our partnership with Hennessy provides an exciting opportunity to reach and engage with a broader segment of basketball fans around the NBA’s marquee moments. As the iconic brand continues to expand its business in sports marketing, we look forward to creating elevated experiences and unique initiatives that celebrate the game of basketball.”

Teaming up with the National Basketball Association is a pivotal moment for the Cognac giant, being their first deal with a North American professional sports league.

Giles Woodyer, Senior Vice President, Hennessy U.S. states, “We are pleased to be partnering with the NBA, a forward-thinking league that embodies our ‘Never stop. Never settle.’ mantra. There’s an energy pulsing through the NBA that compels it to evolve, to push the limits of its own potential. Our new collaborative journey is rooted in this joint passion and will explore the realms of legacy, culture and innovation.”

Alcohol brands have long been associated through such partnerships, dedicating huge marketing budgets to such endeavors. Examples include scotch whisky brand, Glenmorangie, with the Golf Open Championship and Heineken’s deals with Formula One (annual spend of $21.4 million) and Major League Soccer ($10 million). The industry’s highest spender, Bud Light, currently lays a massive $249.7 million on its annual sponsorship spend for the National Football League (all figures according to Sports Market Intelligence company, Sportcal).

While spirit and alcohol brands do, of course, consider such partnerships to be a positive arrangement, there’s increasing pressure from campaign groups who see the association between sport and alcohol as having a negative connotations, and encouraging youngsters to consume alcohol. While industry experts are keen to push the fact that they’re appropriate and responsible collaborators with sporting events, one only need hark back to the not-so-long-ago times when tobacco products commonly did the same.

France was the first country to bring a halt to this practice in 1991, followed by the whole of Europe in 2005. Motorsports continue to attract such tobacco company related sponsorships and advertising, despite the World Health Organization’s efforts to prevent this. It’s highly likely that such a precedent will, at some point, eventually have the same kind of impact on the collaboration between alcohol brands and sport.

But at present this isn’t the case, and the announcement of the multi-year deal between Hennessy and the NBA is conclusive proof of the fact.

Hennessy Cognac is, of course, the world’s leading Cognac brand, and they step into the illustrious footsteps of Jack Daniel’s, the previous partner of the NBA. The brand is owned by the behemoth luxury goods conglomerate, LVMH.The Hennessy x NBA deal comes hot on the heels of the announcement that another of their brands, Louis Vuitton, has also partnered with the NBA as their official trophy travel case provider and the launch of an annual capsule collection of apparel and accessories.

Yet another of the group’s sporting partnerships is that of Champagne brand, Moët & Chandon, with the fully-electric street racing series, ABB FIA Formula E Championship.

While Hennessy VS is one of the most recognized bottles around the world, their extensive repertoire is something that any liquor fan would do well explore. Discover and buy the wonders of all of Hennessy’s Cognacs, from VSOP delights through to the oldest of premium Cognacs in one place on our dedicated brand page, Hennessy Cognac. 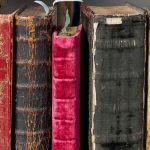 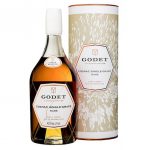