The selection of a good Cognac is, of course, a serious subject. However, that doesn’t mean that our beloved drink doesn’t have a fun side. Join us as we lift the lid on some mysterious, amusing, and laugh-out-loud moments connected with the global phenomenon that is eau-de-vie…

1. Cognac that’s literally, “Out of this World”

Imagine this…. It’s the mid-1980s (or 1990s), and you’re a Russian astronaut spending time on the Mir Space Station. Or perhaps you’re a US would-be moon walker, piloting the Space Shuttle and docking with Mir… It’s a sober time for you, of course.

Because, apparently, at the beginning of the space age Russian doctors actually included Cognac in the rations of their astronauts, saying that it “stimulated the immune system and kept the organisms in tone”.

Naturally, the official line was the banning of all alcohol. But the reality is often a very different beast. Not only did the astronauts enjoy the odd sip on their one day off (Saturdays), but rumor has it that on occasion when the Space Shuttle docked that they too shared in the fun.

And fun it definitely must be, because without gravity drinking is a very different affair to that on earth. Small drops of the amber nectar were squeezed out of the bottle, floating in small balls which were then chased around and drunk.

Perhaps it was this penchant for space drinking that inspired this advert for the Hennessy VS Cognac.

Staying in the past, it was 1995 aboard a British Airways flight, when that dreaded call came over the tannoy, “Is there a doctor or medical personnel on the flight? If so, can they please make themselves known to a member of the cabin crew”.

This time, rather than the usual not-much-to-worry-about scenario, medical intervention really was needed. A 39-year-old female passenger was in trouble. She’d been involved in a motorbike accident on the way to catch her flight, but instead of seeking medical assistance she instead boarded the aircraft (words fail us….).

It certainly can’t have been a small accident, because in-flight her fractured ribs caused a punctured lung. Luckily for her, there were medics amongst the passengers who knew that they had to perform a chest decompression—using the utensils available to them, which at that time were knives and forks! (allegedly).

So guess what they sterilized them in? Cognac, of course. Here’s betting you never considered that expensive eau-de-vie in your liquor cabinet was such an essential piece of medical kit…

3. The Enigma of the Poe Toaster

Famed author, Edgar Allan Poe would’ve been highly amused by the tradition that became known as the “Poe Toaster”. From around the year 1949 (the 100-year anniversary of his birth), a mysterious masked person visited the writer’s grave, leaving three roses and a bottle of Cognac. The visit would occur during the hours of darkness and was watched by a small group of onlookers.

Whoever he (or she) was, they were dressed in black and wore a white scarf and big hat. And the reason for this strange Cognac ritual? No-one knows. Even more strangely, there’s no obvious connection between Poe and the drink.

The tradition was continued up until 2009, when it ceased—never to be repeated.

4. This Little Piggy went to market

Or, in this case, three little piggies… We had back to Russia again for this hilarious video, where a Sow and her two piglet made a break from their smallholding home in the Siberian city of Tyumen. Their adventure found the trio seeking refuge in a supermarket, and after browsing the shelves, momma-pig nosed a couple of Cognac bottles from a shelf, smashing them to the floor.

Far from being concerned about the noise it made, all three dived in, slurping the brown in earnest. Mom has to be credited for her taste in beverages, even if she should surely be brought to task for encouraging underage drinking… 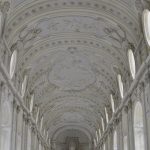 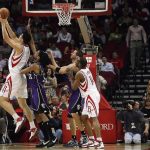 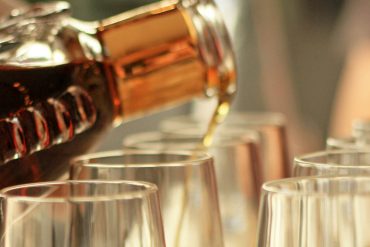 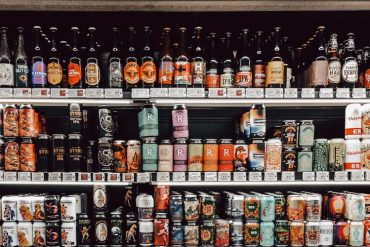