Bacardi, one of the drink giants, has just announced the release of its latest product; the Grey Goose VX.  This is an ultra premium expression from Grey Goose Vodka, but this time it’s got the added twist of having ‘precious drops of cognac’ combined.

Grey Goose is the famous vodka that’s produced in Cognac. And it’s proved to be a hit around the globe in clubs, pubs, restaurants and up-market drinking establishment. 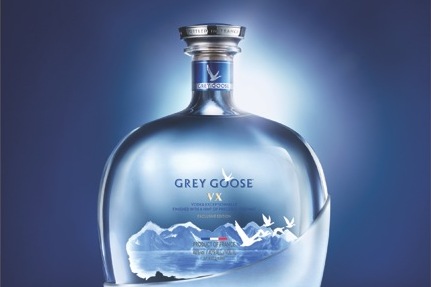 This new expression combines both the famous taste of Grey Goose vodka with cognac from the premier cru region of Grande Champagne.

It’s been created by Francois Thibault, who has used his experience as a cognac Maitre de Chai to design this new expression.  He says of Grey Goose VX, “From its creation, Grey Goose has always pioneered into new and exciting territory.  In creating Grey Goose VX, I wanted to capture the aromatic notes of a precious cognac, bringing its delicate essence of orchard fruits, plum, apricot and the mild flavours of wild honey to the remarkable character of Grey Goose vodka.” 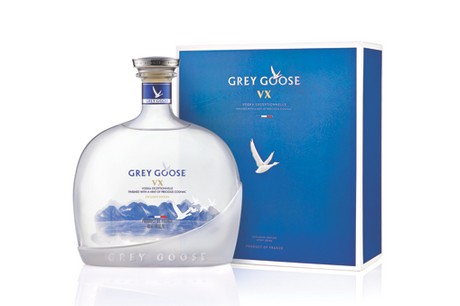 The VX in the name stands for ‘Vodka Exceptionelle, and it’s interesting that the makers recommend drinking it on the rocks, from a balloon brandy glass for the best taste experience.  So, talking of taste, what can be expected?  Well, it’s described as having a harmonious balance of white fruit blossom, honeysuckle and violet with hints of apricot and a long, lingering finish.  Sounds very cognac like when described that way, don’t you think?

Grey Goose VX is presented in a decanter made from what’s called ‘extra flint’ glass, with a frosted exterior..  It has a wave design to the front – a metaphor for flight, natural geometric design and optimism, according to Bacardi.  The producers also  say that the shape of the bottle has been inspired from other prestigious French decanters, but still retaining the contemporary feel of the original bottle of Grey Goose Vodka.

Grey Goose VX is being launched exclusively via Travel Retail, first at Paris Charles de Gaulle Airport this month, and will then roll out over selected other airports around the world.  Each location will only have a strictly limited number of bottles allocated to them.

The vodka cognac mix is presented in a luxury gift box and will retail at around £89 UK Sterling. 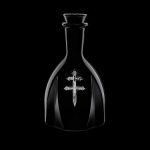 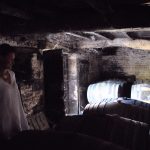