If there’s one thing guaranteed to get our juices flowing it got to be a Cognac with a fascinating back story—and none hits the sweet spot better than the artisan producer that is A de Fussigny. Found in the town of Cognac, the house boasts an enviable—and unique—location directly on the banks of the River Charente. We spoke to the producers at A de Fussigny to find out more about the magic of the river and its effect on the aging process.

Focus on the River Charente

Meandering some 381km (237 miles) from the village of Chéronnac, in the Haute Vienne, to the Atlantic Ocean, the River Charente was described by Francois I, King of France in the 14th century as, “The most beautiful river in the country”. We have to say, we can see exactly why—a water source that’s a haven to aquatic life, thanks to its clear pure waters, and that wends its way through some of the most idyllic countryside and stunning historical towns known to man.

It’s the waters of this mighty river that play a massive role in nourishing the precious soils of the Cognac region. Such arable perfection leads to the just the right conditions for farmers to work their wizardry. From fine eau-de-vie to gastronomic delicacies, the verdant richness of the area surrounding the river has been a draw to settlers throughout history, with the natural evolution of towns springing up along its banks.

Cognac, of course, is one. Some others of note are the delightfully scenic towns of Rochefort, Saintes, Jarnac, Chateauneuf-de-Charente, and Angouleme.

The river played a pivotal role in the exportation of Cognac’s predecessor, brandwijn, during the 16th century—indeed, even before this the waterway was a vital transportation route for commodities, such as salt. Wines from the Cognac region were highly prized around the world as far back as the 11th century, but really took off in the 13th century, forever planting the seed of business and export in the wine merchants of the area.

The Magic of the River: Bottled by A de Fussigny Cognac

But what does the river have to do with Cognac? Well, quite a lot actually, including the aforementioned vital task of providing lifegiving moisture to the soil. But another, and lesser known, positive effect of the River Charente is the microclimate it causes—most significantly that which is found within a few feet of the water. If this is harnessed, and combined with the aging process of eau-de-vie, it causes some very specific (and rather miraculous) chemistry to come into play…

This is where the unique location of A de Fussigny stands out. The house boasts cellars that open directly onto the banks of the waterway. Not only were the Cognac barrels of old rolled out of the gigantic wooden doors and onto waiting vessels to begin their journey to lands far away, but the location provides aging cellars that are truly one of a kind.

The humidity and the river itself weave a very special kind of magic on eau-de-vie left to age so close to the water. And no-one understands this more intimately than the experts at A de Fussigny Cognac.

We’ve been lucky enough to communicate directly with the passionate Cognac creators at this craft house, and their cellar master let us into a few of their closely guarded secrets.

Interview with A de Fussigny

Cognac Expert: What effects does the River Charente and resulting humidity have on the cellars, barrels, and aging process of A. de Fussigny’s Cognac?

A de Fussigny Cognac: Since we’re located directly on the banks of the Charente our eau-de-vie undergoes a slightly different chain reaction during the long years spent maturing within barrels. The high humidity slows down the aging process and there’s less evaporation of the alcohol. This unique chemistry leads to extremely well-rounded Cognacs—ones with great finesse.

CE: Fascinating… So tell us more about this chemical process that occurs during aging in humid cellars?

AdF: Young spirits are made up of high levels of alcohol, esters, aldehydes, and fatty acids. During the aging process the spirit absorbs wood, tannins, polyphenols, and phenolic acids—such as elagic acid—from the barrel. This, along with the natural oxidation reactions, causes the spirit to become intensely aromatic—think tones of wood, vanilla, chocolate, caramel, walnut, lime, and spices. The humidity also has a direct bearing on the physical aspects of the eau-de-vie, such as suppleness, finesse, roundness, and length on the palate.

CE: Is there a difference in reaction to high humidity with old and new barrels?

AdF: Yes, there is a difference. Firstly there’s that of reduction and loss—spirits aged in new barrels will have more absorption compared to older ones. There will also be more intense oxidation, because pores of the wood are new and wide—when they’ve previously held a spirit the pores become blocked. This leads to more tannins and polyphenols. The bottom line is that eau-de-vie aged in new barrels in our humid cellars will extract further notes and character from the wood.

CE: Do barrels of different growth areas have different reactions to humidity? (For example, Grande Champagne versus Borderies)

AdF: Depending on the terroir, humidity, and barrels used, the eau-de-vie of each cru will further accentuate their specific nuances (So that from the Borderies region will have even more accentuated floral aromas than usual, such as violets and irises, and eau-de-vie from the Champagnes will develop further finesse, suppleness, and mineral notes) compared to the general nuances: floral-fruity, woody, extractives, etc.

CE:  To sum up, what exactly is the difference between eau-de-vie aged in a humid environment rather than a dry cellar?

Humid cellars will lead to a more proportional evaporation of alcohol and water within the barrel, compared to that aged in dry cellars. In other words, there is a greater evaporation of alcohol . Because of this a humid cellar leads to rounder, finer eau-de-vie, with intense notes of rancio. On the other hand, those aged in dry cellars tend to be drier in taste and not quite as soft on the palate.

But, of course. To create our wonderfully complex Cognacs we need to mix both humid cellar aged and dry cellar aged—in different proportions—to create a finished Cognac product that’s both harmonious and rich in aroma and taste.

A de Fussigny: One-of-a-kind Cognacs – and ethical too…

The wonders of A de Fussigny and the miracle of humid aging cellars become apparent from the moment you lift the cork on any of their delicious Cognacs. From the first tendrils of aroma that tickles your olfactory system through to the silky mouth feel that, we have to say, really is like no other, it’s no wonder the house has built itself a reputation for producing Cognacs that are the epitome of modern luxury.

This exclusive edge is apparent throughout the complete range of A de Fussigny Cognacs. The majority of their offerings concentrate on eau-de-vie from the premier crus of Grande Champagne and Petite Champagne, but they also offer a selection from other terroirs, as well as pure organic Cognac and those from specific vintages.

It’s a house we highly recommend, and offers a unique exploration into the intricacies of Mother Nature and how the wonder of humidity provides such a deliciously distinct taste experience.

Find out more on our dedicated brand page A de Fussigny. 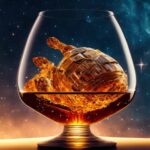 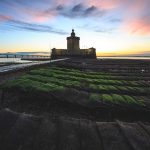 The Lure of the Open Sea: Why Cognac is inexorably linked with the Ocean 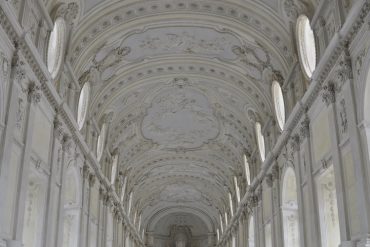