The world’s number one selling Cognac brand really does have no boundaries. From the oligarchs of Russia to the young Chinese businessman or woman with a career on the rise, it’s a liquor loved by all genders of all ages. But nowhere is Henny embraced more than in the world of hip hop. And this is evident in the multitude of Hennessy rap lyrics that feature in some of the genre’s most iconic tunes.

The Cognac giant must be delighted that their brand is, thanks to the greenlight of some of the most famous in the hip hop world, seen as THE drink to be swigging. From Snoop Dogg to 2Pac, and other artists that perhaps aren’t so mainstream, Hennessy hip hop songs are here to stay.

During an interview with the South China Morning Post, Maurice Richard Hennessy, the eight generation son of the Hennessy dynasty, was asked what he thought about the love affair these rap artists have with his company’s famous product.

“The word ‘Hennessy’ goes well in a song. Some people say to me, ‘How can you even talk to these rap artists?’ I’ve met quite a few of them and they are nice people. Their private lives or public lives I don’t want to know about, but when I meet them, they are interested, they love to know what Cognac is all about. They often come from poor backgrounds and ask me about recommendations, how to drink it, how it’s made.”

Black culture has always been big into Cognac, and Hennessy especially. Back in the 1950s some of the top black models of the time starred in some great Hennessy poster adverts.

Whether you love hip hop or hate it, you have to admit that getting this widespread advertising thanks to some of the top rappers of our times is priceless, and definitely has played a huge part in the journey that’s made Cognac a truly 21st century drink.

In 1992 rapper 2Pac dedicated a complete track to his love of The Brown. In fact, the one of the late rappers favorite coupling of words in many of his songs were “Hennessy” and “enemy”. But this ode to Hennessy has to be one of the most well-known of all when it comes to rap music’s adoration of France’s most iconic Cognac.

“They wanna knows my role model, it’s in a brown bottle

They wanna knows my role model, it’s in a brown bottle

Check out the song in full (But hey! This is hip hop, so expect R-rated lyrics the whole way through. Heck—expect explicit words in ALL the songs that feature in this list! You’ve been warned…).

Number 2 on our list probably needs no introduction. Released in 2000, Hennessy N Buddha by Snoop Dogg is an A-list production all round. Produced by Dr Dre and Michael Elizondo, and also featuring the singer, Kokane, he refers to Hennessy multiple time within the lyrics.

“I pour a tall glass of Hennessey Hennessey

2016 saw the release of Drake’s, One Dance, where he raps about the power that Hennessy has over him.

“That’s why I need a one dance

Higher powers taking a hold on me

I need a one dance

Higher powers taking a hold on me”

Mavado extolled the virtues of Weed & Hennessy in his 2013 song. We’re not so sure about this one—after all, the power of the Henny deserves your full attention. So this combination is something that we can’t comment on. Obviously we’re not so rock n roll after all…

And a little bit a grabba leaf

Being as Hennessy is probably the most famous brand every to have come out of France, it makes sense that at least one of the songs on the list is in French. Enima’s, Henny was released in 2017 and is probably one for the more hardcore hip hop fans out there.

Released by Columbia Records in 2015, Me U & Hennessy by Dej Loaf featured Lil Wayne

“Can we stay home tonight?

This drink got me feelin’ right

I’m ’bout to lose my mind

You, me, and Hennessy, look what you did to me”

And let’s not forget the chorus and outro:

You, me, and Hennessy, look what you did to me

I say my head keep on spinnin’

Ayy, ayy, this what happens when we drinkin’

In fact, there are over 1,000 occurrences of Hennessy, Cognac, or other brands being mentioned in the words of hip hop tunes. Check out our article that celebrates some of the golden moments of these references being celebrated in some of rap’s most flexing tunes, Popular Liquors in Hip Hop and Rap Music. 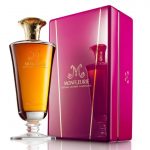 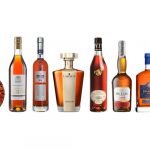