If your father was a cellar master it would be fairly likely that you might grow up with a nose for the industry.  But if, as in the case of Marianne Soupe, this particular line of work stretched back over three generations, then it’s fair to say that the ability to recognise different aromas and the skill to blend them together is almost guaranteed to be firmly entrenched deep in your psyche.

Ms Soupe “discovered the magic of Cognac” without even realising she was doing so.  Growing up in the beautiful region of Grande Champagne, it was here that Mother Nature herself began the education that some years later would see this extraordinary young woman venture into what is still a very male dominated world.

For cognac certainly is in Marianne Soupe’s blood – and it’s this passion that’s seen her create and nurture her cognac brand – Sylvelune.  The five cognacs sold under the Sylvelune brand name are in no small way influenced by their creator being born and raised in the Cognac countryside.  It was during these formative years that Soupe nurtured and honed her acute sense of smell and appreciation of different aromas.  From the rarest of wild flowers to the subtly different fragrances of wood, not to mention the regular opportunities to smell the aromas of old bottles of eaux-de-vie, hers was a learning curve from birth that many cognac aficionados would swop a bottle of their rarest and most valuable tipple to have had.

Making no secret of the fact that for her, cognacs from Grande Champagne are her favourite, it comes as no surprise that all of the cognacs in the Sylvelune range are from this region.

Tree Vielle Reserve Grande Champagne cognacs are offered, with the tempting names of Cuvee Ebene, Cuvee Charme and Cuvee Sequoia.  Each of the bottles are labelled by hand and presented in a traditional bottle encased in a wooden presentation box.  Each is then numbered and comes with its own personal certification.

For those who like their cognac even older, then Sylvelune doesn’t disappoint.  With two hors d’age cognacs on offer – Lou Cognac and Chaman Cognac – you’re spoilt for choice.  And it’s worth noting that the latter is produced in a strictly limited quantity.

Sylvelune Cognacs are all about authenticity and craftsmanship.  There’s no big brand labelling or high quantity production here.  In fact, from the hand packaging of the products to the quality of the eaux-de-vie itself, it’s plain to see that for the creator of the brand of Sylvelune, cognac is more than just a passion – it’s simply something she’s been genetically programmed to do. 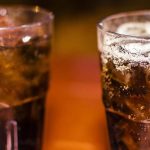 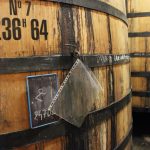