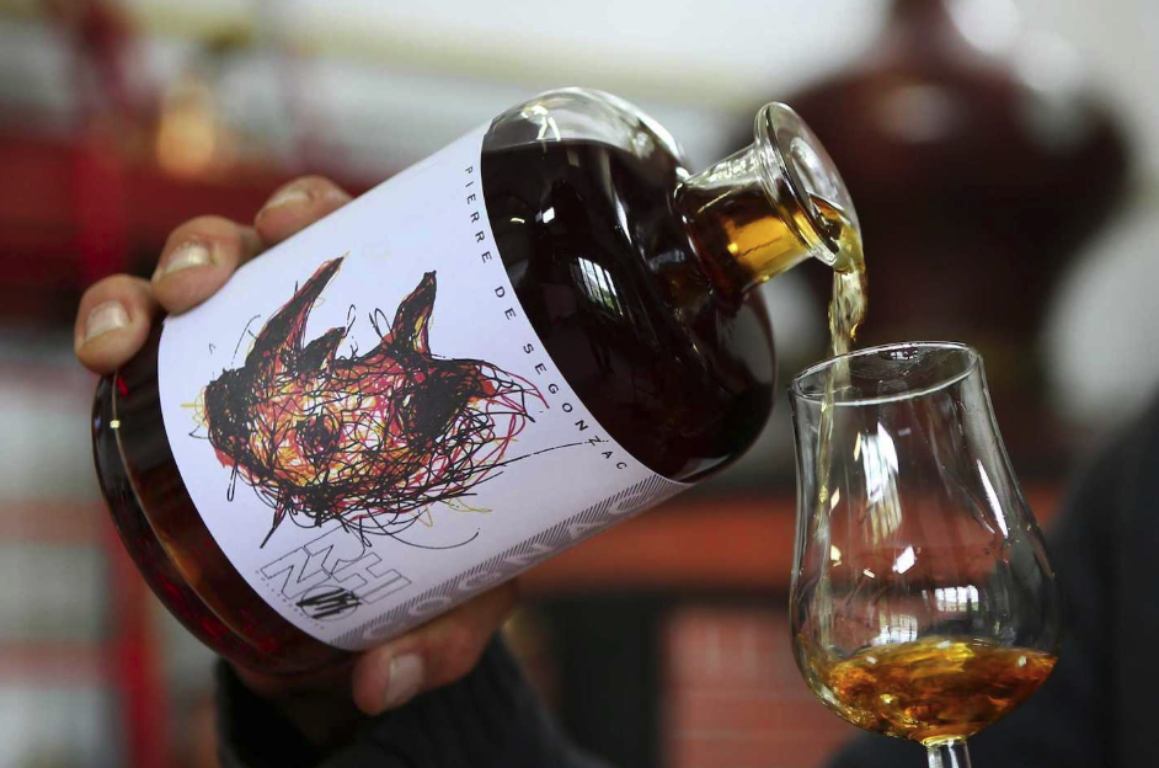 It’s pure innovation… A limited-edition Cognac and a secret EP that you can only listen to if you buy the Cognac. That’s exactly what you get if you’re lucky enough to get your hands on one of only 100 bottles of the VSOP Rhino Pierre de Segonzac Cognac.

Contemporary artist, Rhino, says on his Facebook page that, “This was kind of a crazy idea. In a world where music is free for everyone online I wanted to make something special, exclusive, precious, for just a few fans to hear… The music goes perfectly with the Cognac…”

And Rhino says of the Cognac itself, “It’s a Grande Champagne 1er cru aged for 7 years in the humid cellars of Segonzac, where the air and wood do their work to create the golden color. Notes of apricot, passion fruit, vanilla, honey and wood. It tastes amazing!”

Well, naturally, we wanted to know more. So we were delighted to ask Pablo Ferrand, head of the house of Pierre de Segonzac, a little more about this unique collaboration.

Cognac Expert: This musical collaboration is quite different from anything else in the world of Cognac. How did the idea come about?

Pablo Ferrand: The collaboration with Rhino was entirely spontaneous. As is the way in 2019 we met via social networking. Rhino tasted one of our Cognac with a friend and simply fell in love… He started following us on social media.

I was already a big fan of his work, and when I realized he was following us I got in contact. Discussions followed and we recognized we had much in common. It was this that led to the desire to create a unique bottle in his image to celebrate our friendship.

CE: What about the downloads? Are they full-length songs or excerpts?

PF: The four downloads are complete songs, each original works composed around the VSOP from our stills. They’re accessible only via the QR code on the bottle’s label. Rhino’s invested 100% in this project by mixing in my voice to the tunes. He also completely surprised us by bringing in his ASM group (A State of Mind) and MC Mattic, who collaborated with Wax Taylor.

The names of the four songs are:

CE: So are the songs related to Cognac?

PF: Each of the songs is directly inspired by this Cognac. Together, Rhino, ASM, and Mattic created this contemporary mini-album that invites the hedonistic pleasures of enjoying this VSOP. Musically, this means soul-influenced compositions sprinkled with hip-hop, and a touch of electro.

CE: What does Rhino think about the VSOP that’s been selected for the project? Did he have any input?

PF: Yes! Rhino was particularly keen to use this VSOP. It’s his favorite…  In fact, this particular eau-de-vie is one of the last distillations created by my grandfather, Pierre Ferrand. So when Rhino suggested it, it was an immediate agreement.

CE: This is a very small run of bottles (100 units). Is your target audience the collectors or the hipster crowd?

PF: A good question… Both, I think. We wanted to create a product, especially for Rhino’s fans—for those who know him. Buyers have all kinds of purchasing motivation. Some love the graphics on the bottle created by the young Charentais graphic designer, Luc René Loumeau, who’s also a Cognac enthusiast. Rhino’s fans appreciate being able to access an exclusive album. And then there are others who’re loyal to our brand, and also the collectors.

We were pleasantly surprised by the many emails we received during the design phase, meaning that many bottles were already earmarked even before the official release.

CE: Tell us a little more about the design of the label and Luc’s reasons behind it.

PF: This was the longest and most complex of all the phases—how to mix the three worlds, how to present three trades on a single label. We gave Luc carte blanche and he brought us many ideas. The finishing design by which he reflected the graphics and urban codes pretty much left us speechless.

I wanted to show the work of art to Rhino in person. So I went to find him when he was playing in Paris. At the end of the concert, I showed him the label. He studied it intently, gave me a huge smile and high five. He loved it!

CE: And the future? Can you give us a sneak preview of what might be in the pipeline?

PF: Well… We’re working on a new project, but we can’t reveal any details just yet. But rest assured that this adventure has made us want to continue the innovation and set up some new projects. We can promise a combination of classic and contemporary. But you’ll have to wait and see… 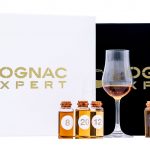 The Cognac Advent Calendar 2019: The Perfect Run-Up To Christmas 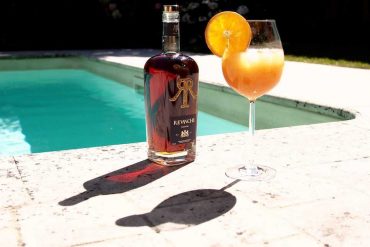 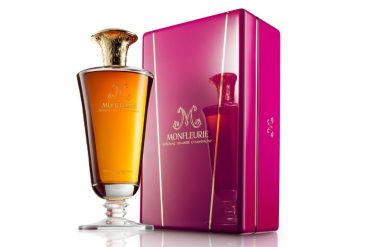 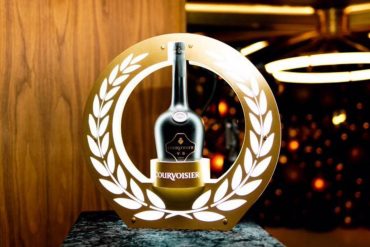 Courvoisier Black Limited Edition Cognac: A Darker Side to the Classic VS