When you’re responsible for easing a tradition centuries in the making into one that appeals to today’s contemporary tastes, it takes a very special touch. There’s a fine line between avant-garde progression and losing the threads of an identity that’s made your product so loved in the first place. And this was the dilemma for the two brothers who’re responsible for bringing the craft house of Park Cognac to the attention of an appreciative global audience.

At the same time as intrepid inventors were attempting to create a usable motor car, Gaston Tessendier was busy working his magic in the precious family vineyards of the Borderies terroir in Cognac. It takes a certain tenacity to become a master of your craft, and Gaston learned the hard way. He eventually earned his place at the head of the estate, the hallowed Domaine du Buisson, having paid his dues in blood, sweat, and tears as he worked the land. This single minded approach was for a single purpose: an ambition to create and bring to market the most outstanding of eaux-de-vie.

Such savoir-faire is hard won, and—as is the way in the tight-knit Cognac region—Gaston handed this secret expertise of production, distilling, and aging onto his sons. They, in turn, passed it down the generations, until we meet today’s innovative guardians of the brand, Jerome and Lilian Tessendier.

In today’s competitive market, for a small brand to achieve global recognition is, to put it mildly, a challenge. Without the deep pockets the largest Cognac brands possess it can be a tough stage on which to stake your claim. However, the one advantage the Tessendier brothers possess is their uncompromising talent. Actually, we should say talents—plural—because not only do these sibling possess the incredible power handed down by their ancestors, but they have an uncanny ability to translate this to the Cognac consumer of today.

For many houses, the liquidity of great stocks of eaux-de-vie can be an issue. After all, the oldest and best of quality is something that’s of finite supply. But Jerome and Lilian have an incredible arsenal at their fingertips, with 14 aging cellars jealously guarding around 20,000 barrels of the very best stock of “brown”. Each and every terroir is represented, with Cognacs from every year you care to think of, and providing the artists palette necessary for the brothers Tessendier to create their masterpieces.

The name, Park, was embraced back in 1993, when Jerome collaborated with an intrepid Scotsman, Dominic Park, who fell in love with the Cognac region and has a dream of creating a brand in his name. It was he and the brothers who decided that in order to bring such a product to market they had to find a very specific USP. The use of only the finest and most complex of qualities was paramount, and together they became “the pioneers of the made-to-measure Cognac” that today is known, quite simply, as Craft Cognac.

Park Cognac on the global podium

Fast forward to today and the name of Park Cognac has become synonymous with not only their incredible quality offerings, but their innovation. Today’s estate may “only” cover 25 hectares of prime Borderies vineyards, but the love of their products is something adored by connoisseurs around the world. And thanks to the aforementioned incredible stocks of eaux-de-vie, their range covers every growth area, quality, and some incredibly ingenious blends that have pushed the boundaries of art of Cognac creation while still firmly embracing the traditions of old.

They, naturally, bring to market some delicious old favorites, such as the Park Cognac VSOP and Park Cognac XO, plus some slightly more niche products such as a fully bio offering, and a blend specifically created to enjoy with a cigar. Park has carved out quite a reputation for year specific vintages and even some whisky-esque creations with names such as the Park Chai No 8 21 Year Old Cognac, definitely an expression more usually associated with that of whisky, and perhaps a nod towards their Scottish links?

Of course, when determining how to remain current and, indeed, stand out from your competitors, it’s often necessary to do something a little bit different. And when Jerome and Lilian brought us the global premier of Park Mizunara Japanese Oak, this really was a stroke of genius. With the world of fine liquor leaning towards a clever mix of spirit magic and mayhem, it was an astute move to bring to bear a Cognac that was finished in Japanese oak barrels. A solely Borderies eau-de-vie, it was an astounding success, appealing not only to Cognac drinkers, but those who love whisky (and in particular, Japanese whisky) as well.

It was immediately showered with awards in multiple competitions, including a bronze medal at the USA Spirits 2018, sliver at the Shogun Japan Spirits Competition 2018, and a gold at the Singapore Competition 2019. Soon it was followed with the Park Mizunara Aged 10 Years and the limited edition, Park Borderies Mizunara Single Cask 2006.

With each and every new product they bring to market, the talented brothers continue to inspire, blending with the intuition and emotion that’s only possible from those who live and breathe the creation of Cognac. Just as Gaston Tessendier devoted his life not only to the creation of the very best eaux-de-vie, but was a true entrepreneur and innovator of his time, so Lilian and Jerome continue to step in those very same footsteps.

If we dare to imagine how their great, great, great ancestor could’ve hoped that that his life’s passion would be continued into the future, we have to say that we’re pretty sure that Gaston’s looking down on how his creation has grown with a satisfied smile on his face. 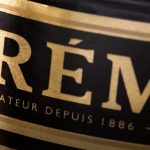 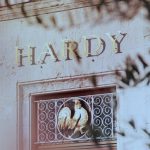 Hardy: The Haute Couture of Cognac 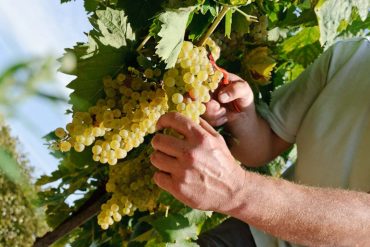