And since Europe is indeed a genuine creation, then it will not be without its moments in damage – and at this moment, damage caused by an aggressor. It is therfore with great sadness and horror that we watch the unfortunate events unfolding in Ukraine.

Let me say this: Not all aspects of our western society are beacons of light. One such example is the treatment of refugees. We should treat all refugees in the same spirit, no matter where they come from – whether Ukraine, Syria, or another country in crisis. Our western civilization repeatedly benefits on the backs of third-world nations and (in)directly pushes weaker societies into conflict, climate catastrophe and/or poverty through our western way of life – globalized capitalism. Europe and the so-called western world are certainly guilty of that.

We should work hard and harder to live up to the European values we hold dear: human dignity, freedom, democracy, equality, rule of law, and human rights, and we will remain steadfast in our defense of those values when they come under attack. In the long term, those against the aforementioned values will not see their situation improved – they will not win.

As Cognaçais, we would like to proclaim our solidarity with our European friends, the Ukrainians, and to remember a great European visionary and advocate for peace – and Cognac maker himself – Jean Monnet.

The literal translation of Europe in ancient Greek is “the (woman) with the wide vision”. There is probably no better description for Monnet, the Cognac maker from the Charente, who was indispensable, diplomatically skilled, and completely visionary for the idea of a united, peaceful Europe, for which Monnet was the first honorary citizen.

An approximate quote from his memoirs states:

“Cognac has always been a reference point for me and my thoughts, which mature as slowly as good cognac. That’s how people from Charente are, they can wait for things of value to emerge.”

Life in the Cognac region is characterized by the trade in Cognac, with many Cognac houses and winegrowers working hand in hand, peacefully co-existing with and alongside each other. Perhaps Monnet imbibed this spirit of cooperative working from an early age.

Born on the 9th of November 1888, Jean Monnet is regarded as one of Europe’s founding fathers – they call him Mister Europe. Born into the famous Monnet Cognac family, he decided to turn his back on formal education at the age of sixteen and left Cognac for London. He remained there for two years, learning both English and commerce.

Prior to the First World War in 1914, Monnet entered the military but was discharged due to health reasons. But by then he had already come around to the viewpoint that what would lead to a victory for the allies was for France and Britain to work together. He convinced the then French Prime Minister Réné Viviani with his idea to cooperate with the British, and he proposed a plan to this effect. This was duly implemented, and in 1919 he was appointed Secretary-General of the newly formed League of Nations.

“Make men work together show them that beyond their differences and geographical boundaries there lies a common interest.” – Jean Monnet

He managed to convince the victorious powers that no country gains from having a dismantled state in Europe. This is the application of the so-called “Monnet Method“, which subsequently became known the world over.

Monnet’s method posits that a problem must be approached by analyzing as rationally as possible, thereby identifying common interests and then finding a solution that mutually benefits all parties involved. He championed the simple notions of effectiveness and pragmatism. Thinking and operating in this way created suitable conditions for security, freedom, and prosperity.

Come 1923, Monnet became disillusioned with the slow bureaucracy involved, and he resigned his position and returned to run the family Cognac business which had run into troubled times. In 1927, he left once again to concentrate on his political career, and over the following years was instrumental in many major factors in Europe, the USA and China.

1939 saw Jean Monnet in London again to oversee the French and British war capabilities, and he played a major part in influencing both Winston Churchill and Charles de Gaulle to form an alliance between their two countries similar to the one between Germany and Italy.

1940 saw him back in the USA as an advisor to President Franklin Roosevelt, and his influence was a major reason that the US began to supply the Allies with military material. This plan went down in history as the Victory Program, which economist John Maynard Keynes was convinced shortened the war by one year.

“Continue, continue, there is no future for the people of Europe other than in union.” – Jean Monnet

In 1943 Monnet became a member of the National Liberation Committee, a multi-party entity whose members were united in their fight against fascism. This was when he mooted the idea that the countries of Europe needed to become a federation in order to ensure each and every country’s prosperity and development.

Managing to stave off friction between France and Germany in 1949 over coal and steel production, Monnet took a further step towards his goal in 1955 when he founded the Action Committee for the United States of Europe. This brought European trade unions together with political parties and laid the foundations for the European Union.

“Building union among people, not cooperation between states.” – Jean Monnet

Monnet was presented with the Presidential Medal of Freedom in 1963. In 1979 he died at the age of ninety years old. Mister Europe left this world safe in the knowledge that he had succeeded in his goal of unifying the countries of Europe. On November 9, 1988, his ashes were transferred to the Panthéon in Paris, where they remain to this day.

We at Cognac Expert support the ideas of Jean Monnet, the architect of this European Union. Monnet once said that the route we take is less important than the direction we are going. Our friends in Ukraine, and the EU as a whole, will traverse this turbulent route and will continue to move in a positive direction that will make a more secure, more free, and more prosperous EU than it is today. 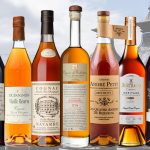 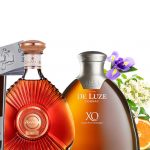 All About Floral Cognacs (+ 12 great examples)