Croizet is a Cognac House that has stood the test of time, having been first established in 1805 in Grande Champagne, today it also has vineyards in the Petite Champagne and Fins Bois region and a second headquarters in Hong Kong. Croizet is impressive for its endurance through the centuries, as well as its monumental achievements and contribution to the Cognac industry and region. The House of Croizet not only has a history that dates back further than the majority of producers in the region, but arguably also one that has left a deeper impression on the world of Cognac than even the likes of the big four. 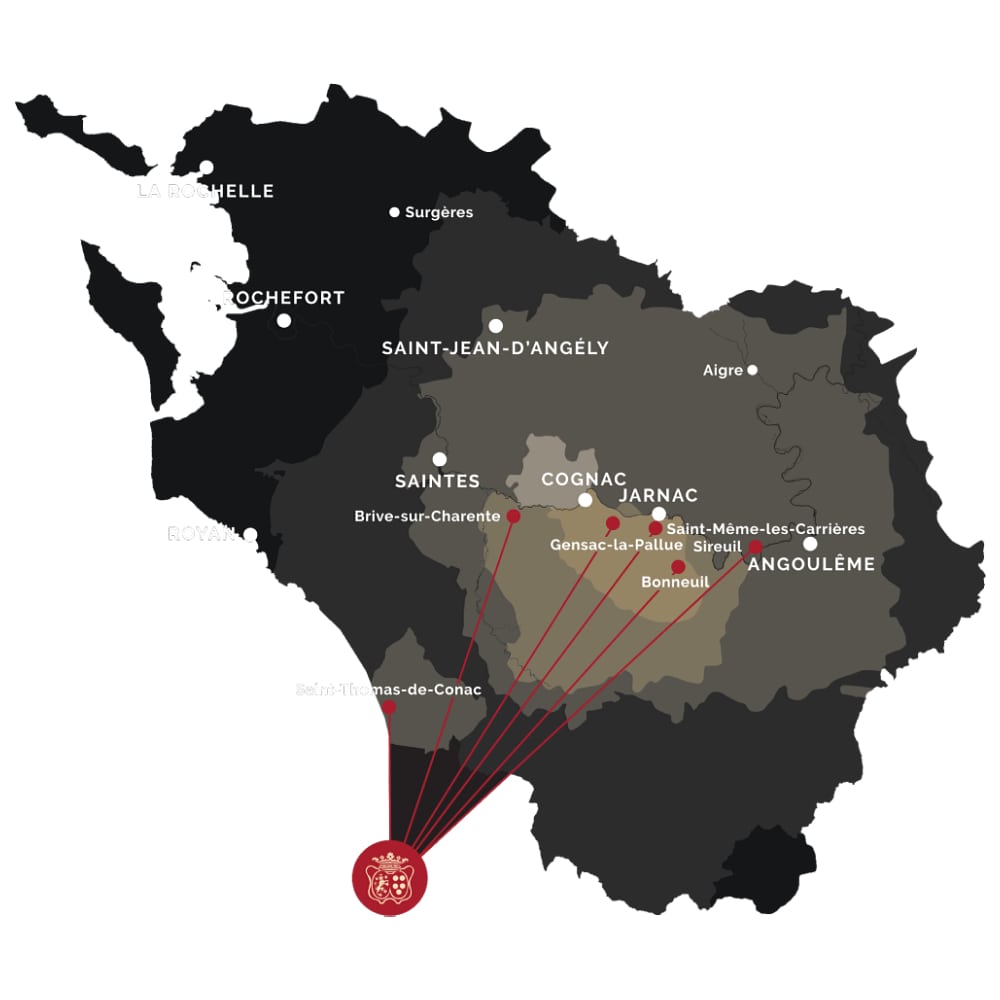 Croizet’s story began when Léon Croizet, who came from a family of vineyard owners that had been established in the Grande Champagne region since the 16th century, decided to launch his own Cognac house to compete with the other 20 or so that had recently started up in the region. Léon had previously been a sommelier to Napoleon I’s High Command, and his hard work and expertise lead to him successfully founding his house, Croizet Cognac, in 1805 with 58 hectares of vineyards in St Même les Carrières. 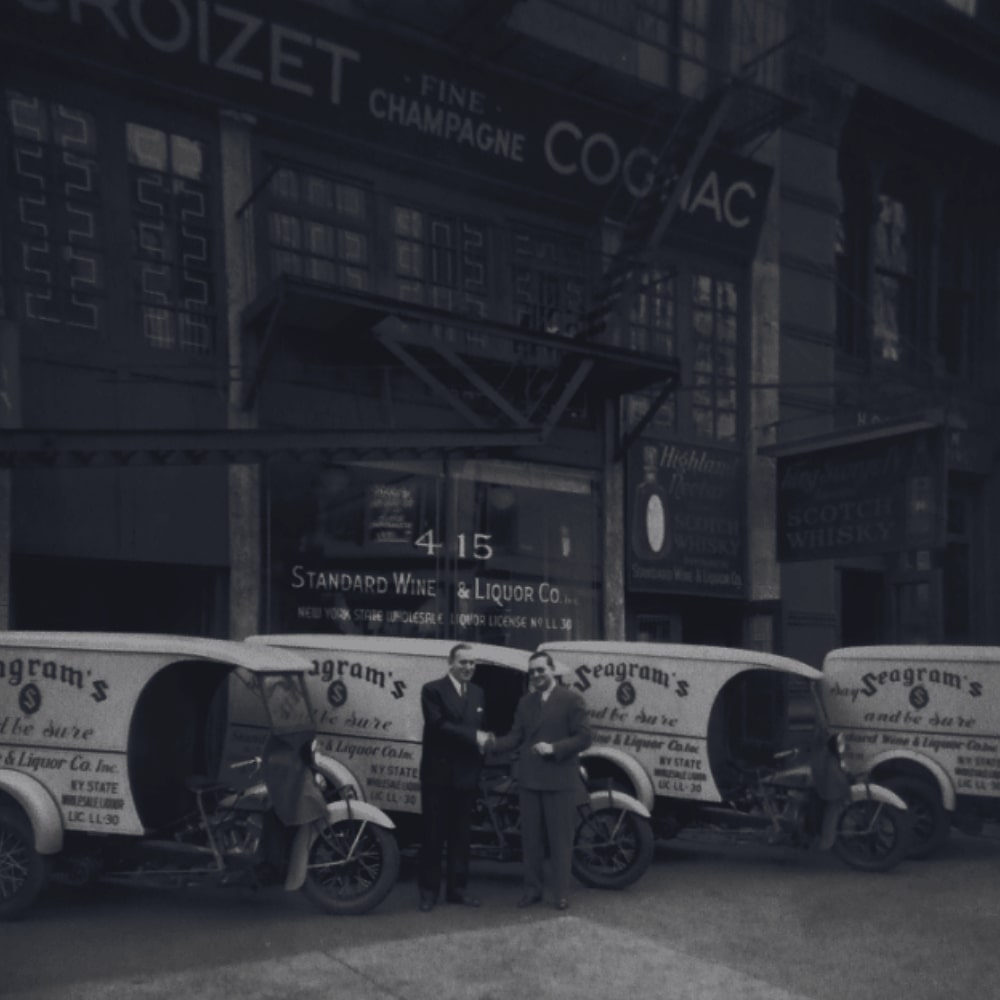 Although popular in the region, it was not until Léon’s grandson, Benjamin Croizet, became involved in the business in 1871 that things really began to take off. Benjamin registered the brand and set to work developing the business with the intention of taking Croizet’s Cognacs to an international stage.

As a cultured and influential individual, Benjamin Croizet was successful in his endeavor and was soon shipping the brand’s Cognacs around the world. He was a determined and driven character and believed the three keys to success were sincerity, belief in one’s own ideas, and producing excellent Cognac. Benjamin lived by these principles and worked incessantly to create the highest quality Cognacs possible, earning the house numerous prizes for its eaux-de-vie, most notably at the Universal Exhibitions of 1878 & 1900. 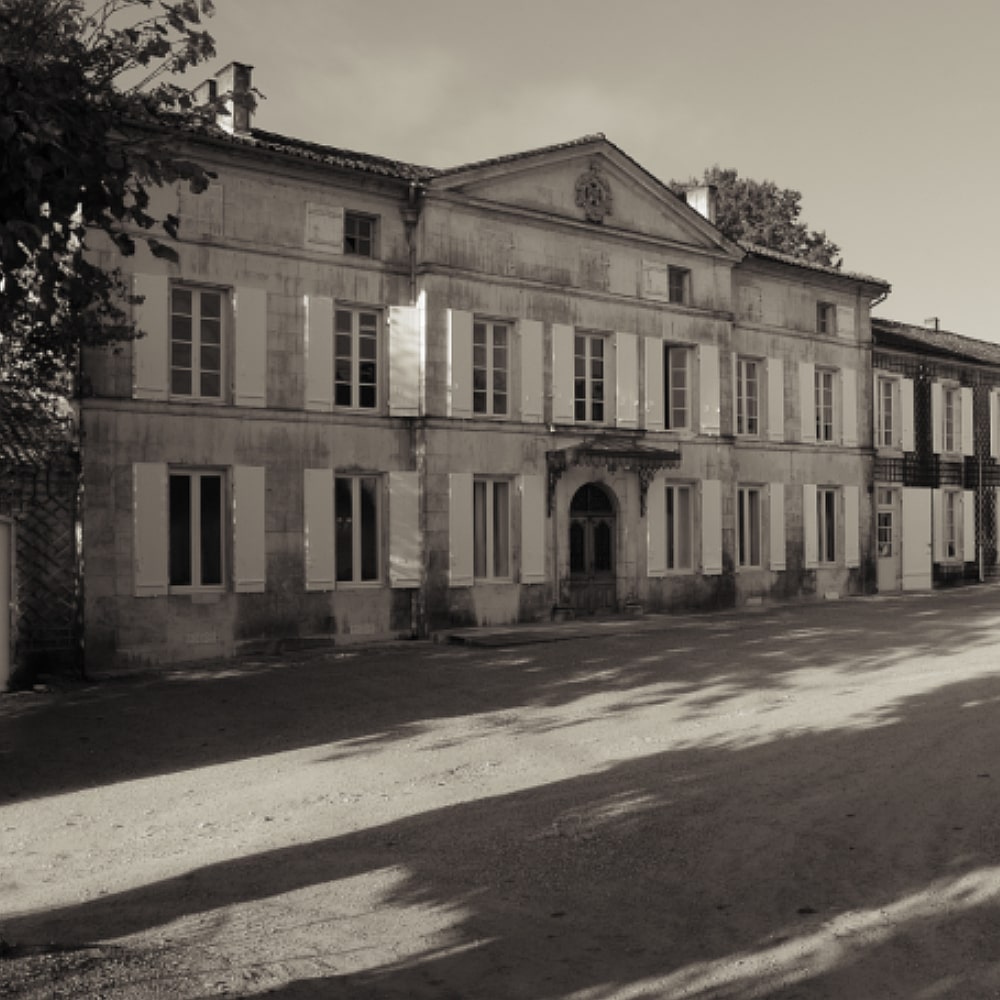 However, Benjamin and Croizet’s success was not to come without its challenges. Just one year after Benjamin took the helm of the house, the first vineyards in the Cognac region were showing signs of the phylloxera crisis, three years later almost the whole region was suffering and by 1878 it was wreaking havoc. Read more about the crisis here.

Despite the fact that come 1883, 80% of the Cognac vineyards had been ravaged by these devastating lice, Benjamin Léon Croizet refused to let his estate succumb to the disease and instead began searching for a solution.

By this point, it had been quite clearly established that the phylloxera lice had arrived in the country via American vines that had been sent over for experimentation and grafting trials, a common practice at the time and back when the possibility of pestilence was not considered. Upon discovering this, Benjamin pondered on the idea that perhaps the very vines that had brought the phylloxera crisis to France, could also be its salvation. 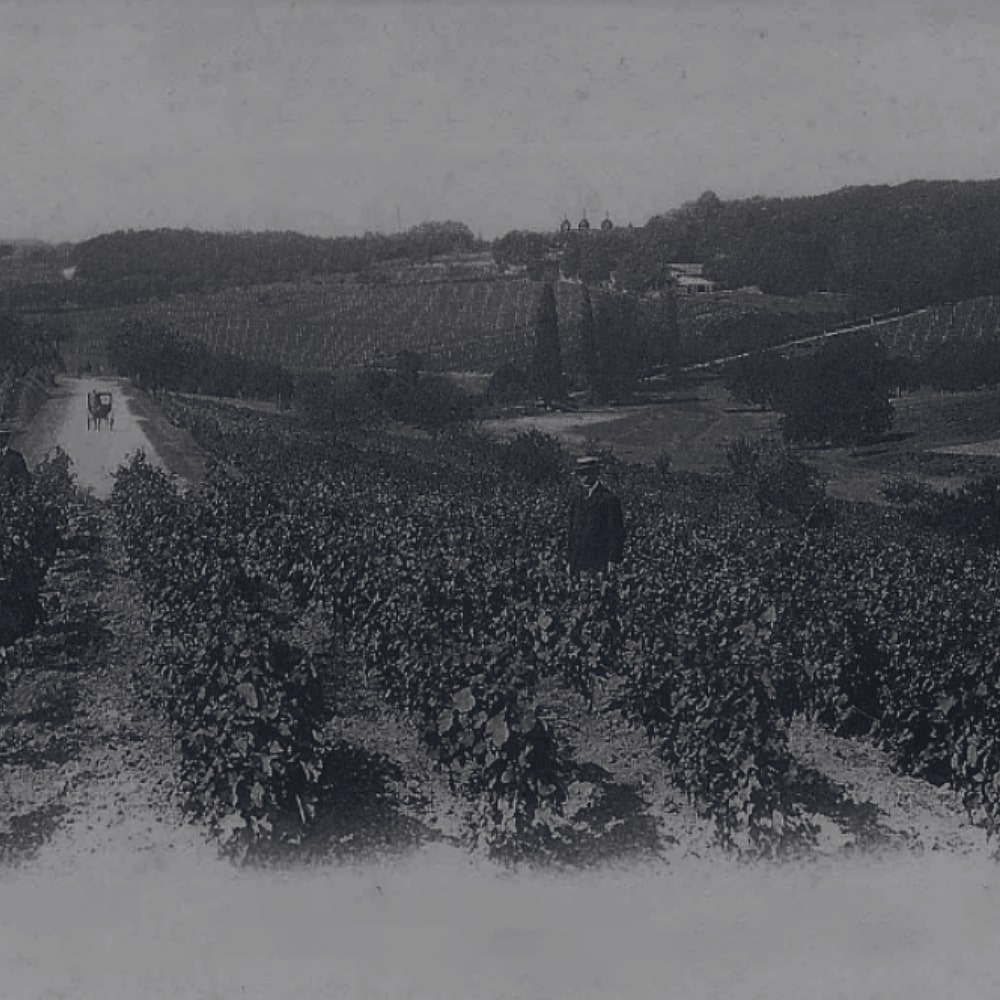 The reason it had taken so long to recognize the origin of phylloxera, was that American vines did not face the same devastating consequences as European vines due to evolving and developing several natural defenses against the tiny lice. Benjamin Croizet realized that perhaps the only hope of retaining his vineyards would be to adopt these resilient American vines in place of his diseased French ones.

Of course, it was not quite so straightforward and Croizet had to experiment with planting different species of vines in order to find ones that would suit the Grande Champagne terrain and environment.

Eventually, Benjamin discovered a suitable vine and found that by building stone walls, called ‘Le Clos’ around certain small vineyards he could protect the vines enough to allow them to flourish. Dry stone walls, made from local rocks, are beneficial to vineyards as not only do they protect from soil erosion, but they play a particularly important role in the preservation of biodiversity. Biodiversity was essential in tackling the phylloxera crisis as it allowed multiple species of flora and fauna to flourish in the region, many of which will have been natural enemies of pests including phylloxera.

Benjamin Croizet’s techniques were so successful that they were adopted by many regional viticulturists and became fundamental in replanting the vineyards in Cognac. For his efforts and in recognition of his work, in 1883 Benjamin Léon Croizet was honored with the highest award available in France, the World Famous Legion of Honor. This award, which was only bestowed on national heroes, was given to him by the French President to thank him for saving the Cognac industry. 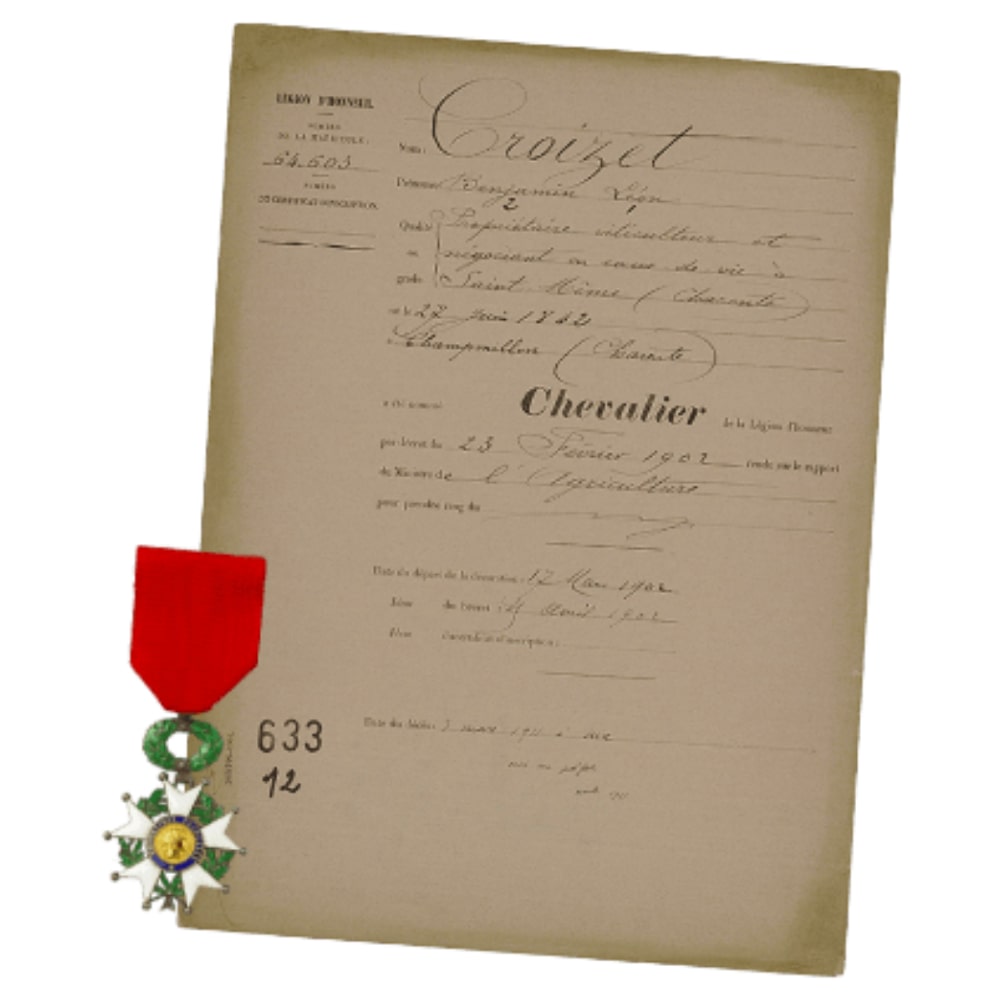 Benjamin Croizet continued to be a leading name in the Cognac region, earning awards for his eaux-de-vie and also being a key player in the creation of the appellation in 1909. Successive generations maintained the superior quality of Croizet Cognac and the house continued to dominate with the brand growing in popularity across the world. However, although these later generations of course deserve recognition, there is no doubt that without Benjamin Croizet the Cognac House would not be here today.

This unique Cognac’s palate is as bold as its presentation, expressing a stunning complexity dominated by exotic spices and rich aromas. A VSOP Cognac produced from grapes solely grown in the premier cru of Grande Champagne, it has rightfully received an array of awards at the likes of the San Francisco World Spirits Competition and the Ultimate Spirits Challenge. 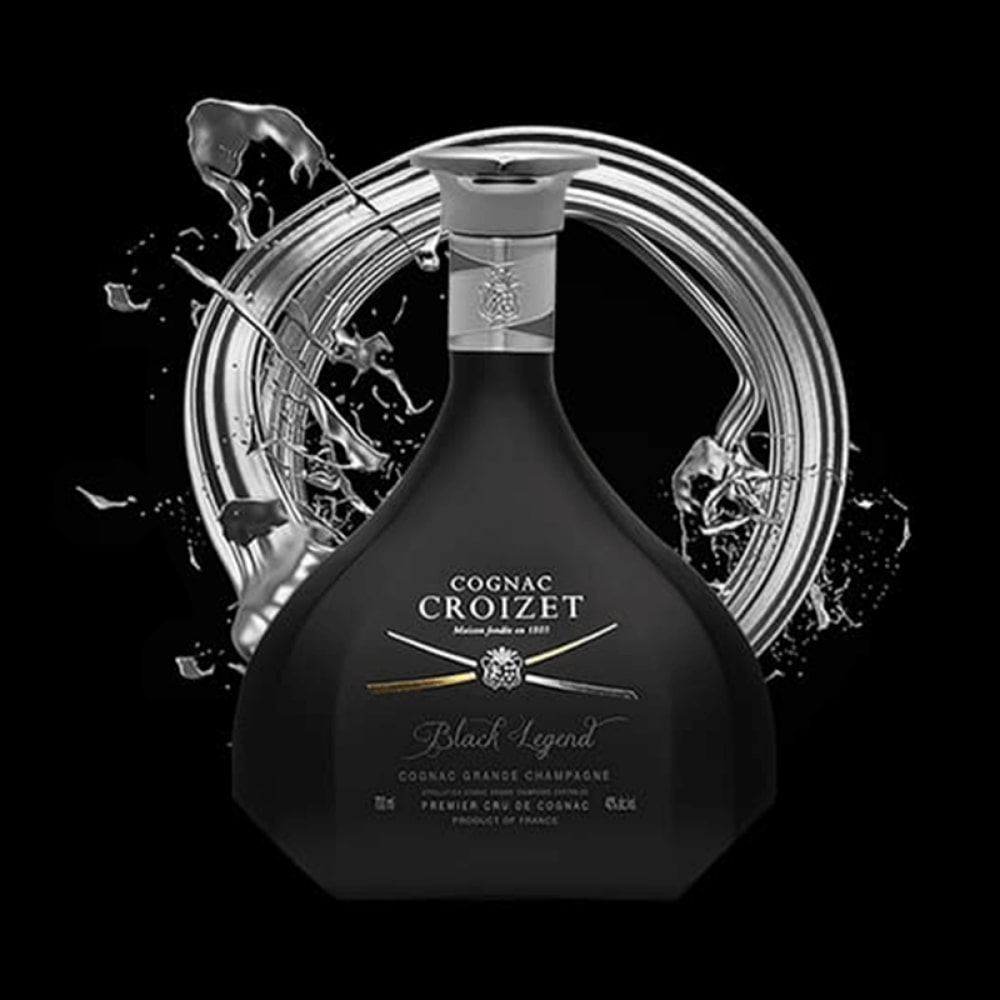 The design of this decanter is almost as breathtaking as the eaux-de-vie housed within. The Croizet Black Legend Cognac bottle takes a wide and angular shape, with a dramatic matte black coating, silver lettering, and a chrome stopper. This is a decanter that would take center stage in any collection.

The XO Red from Croizet is a Cognac destined for connoisseurs, it is both distinguished and invigorating to consume, having been matured for a minimum of 10 years. The years spent aging in the barrel have gifted this Cognac with intriguing aromas of clove, pepper and rosemary, whilst the complex palate presents elegant notes of prune, cherry and cinnamon. 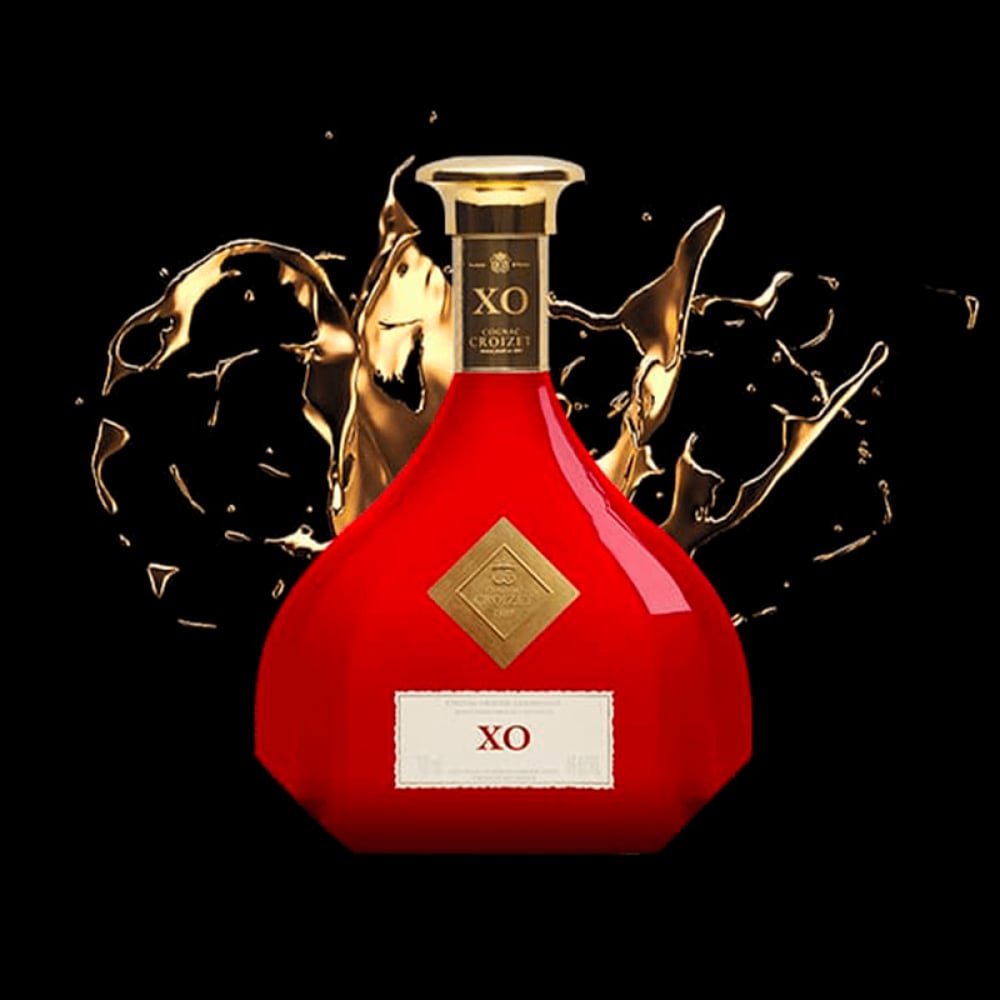 This decanter is almost regal in its presentation with its broad stance, striking red shade and gold emblem and stopper. The XO Red bottle is opulent and unapologetic, a marvel to look at.

This spectacular XO joins Croizet’s Chic range which was created by the house’s cellar master to commemorate the history and prevailing strength of the Cognac industry through the centuries. Created using Grande Champagne eaux-de-vie and aged for more than a decade, this blend is one of unexcelled finesse and elegant complexity. 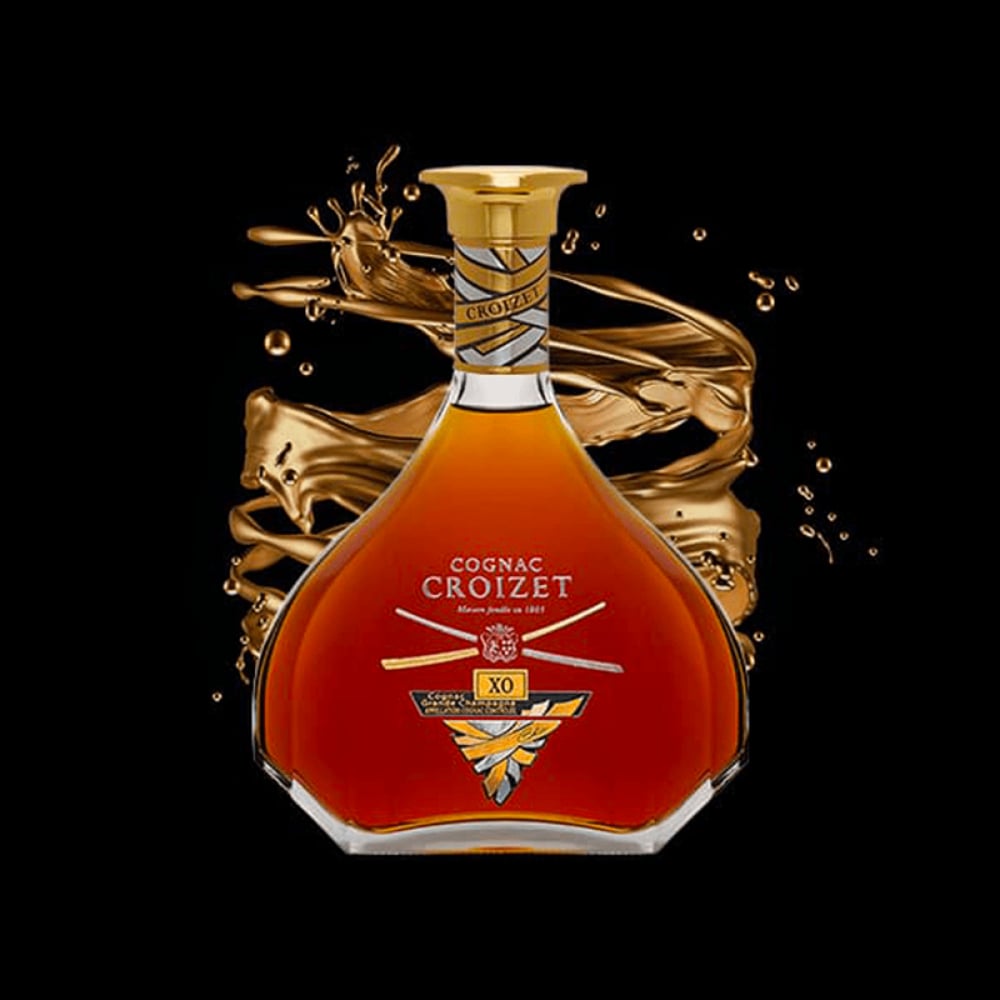 Its palate reveals unusual fruity flavors of prune, ganache and cherry, wonderfully contrasted with notes of cinnamon and spices. This is a superb example of XO Cognac, and one that has received recognition with a multitude of gold and silver awards.

The jewel in the crown of the Croizet collection. This Cognac is a work of art through and through; from the crystal decanter it is presented in, to the premium eaux-de-vie that gradually reveals the remarkable aromatic complexity of this liquid gold. Having been aged for an average of 30 years, this mature blend would be pined after by any connoisseur. 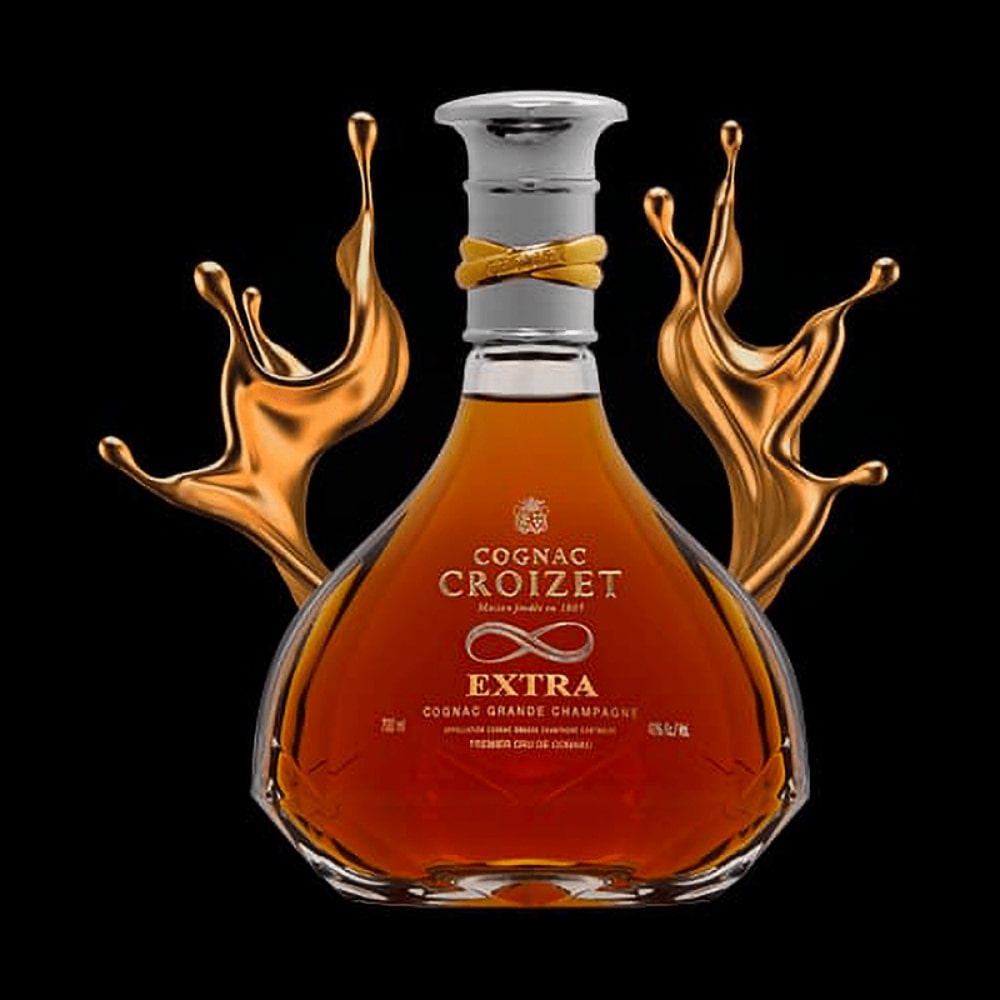 The presentation of this decanter oozes excellence, the entwined gold and silver accents and the elegant typography only enhance the radiance of the eaux-de-vie inside. The superiority of this Cognac was clearly demonstrated at the 2017 San Francisco World Spirits Competition, where it claimed the awards for Best Cognac, Best in Show, Best Cognac Extra Aged, and a Double Gold Medal.

By far the most famous of Croizet’s Cognacs is its Cuvee Leonie from the single harvest of 1858. This Cognac is also recognized as a comet vintage, and attributed to the Donati Comet – Comet vintages are years during which an astronomical event, usually a great comet, occurs prior to the harvest. Throughout the history of eaux-de-vie, successful vintages and ideal weather conditions have been attributed to the unexplained effects caused by comets and the one in 1858 did not disappoint.

On 24th September 2011, a single bottle of Cuvee Leonie broke the Guinness Record for the most expensive Cognac sold at auction when it went for 1 million yuan, approximately $157,760, in Shanghai.

From saving the vineyards of Cognac in 1883 to breaking Guinness World Records in 2011, this is certainly a Cognac House that knows how to make and maintain a name for itself. When it comes to Cognac collections, a bottle of Croizet is one that should take pride of place, not just for its enticing aromas and spectacular palate, but for the history it encapsulates in its eaux-de-vie.

Ellie joined the Cognac Expert team at the end of 2020 and works on a range of content including the product pages, blog, and newsletter. She is a passionate copywriter originally from the UK, but currently living in Valencia, Spain. 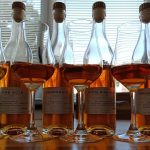 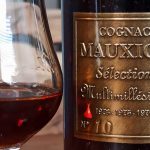