There’s nothing more current than a cocktail sporting a tasty shot of Cognac. Not only is it the trendiest of ways in which to imbibe our fav drink, but the mixing possibilities are endless.

Contents hide
1 The Rise in Popularity of the Cognac Cocktail
2 Is the Brandy Crusta the First Official Cognac Cocktail?
3 When Money’s No Object
4 And then there’s the Winter Olympic Cocktail
5 The Cellar Master’s Favorite Cocktail
6 Monin and Hine’s Summer Cocktail Case
7 Cognac Cocktails: A few final thoughts

While Cognac cocktails are uber-fashionable today, the penchant for enjoying a mixed creation isn’t limited to the here and now. In fact, the idea has been enjoyed for many centuries. So join us on an in-depth journey into the world of the humble Cognac cocktail. Not only will we introduce you to simple DIY concoctions and a little cocktail history, it’s also a look at incredulous mixologist inventions that will truly make your eyes water (and we’re not just talking about the taste).

Of course, you’re going to want to try some Cognac mixology at home. So we’ve put together a list of tried and tested Cognac cocktails for you, each of which has been given the thumbs up by the Cognac Expert team. Discover all of these in our article, The Top 30 Cognac Cocktail list, where you’ll find a drink for every occasion.

The Rise in Popularity of the Cognac Cocktail

No-one can deny that the way we enjoy Cognac has changed almost beyond recognition over the past couple of decades. In contrast to the old-school habit of only drinking it neat, the use of Cognac in mixed drinks and cocktails is now commonplace in virtually every country around the world.

If more proof is needed, then the houses themselves have proved to longevity behind the trend. Many have introduced lines specifically to be utilized in cocktails and mixed drinks. Our beloved drink has truly embraced the 21st century.

It was probably in the USA that using Cognac in a cocktail or mixed drink first became truly popular. This trend was soon followed by nations across the globe. Take a look at the beautiful people of China sipping their Cognac cocktails in the hottest night clubs and bars and you can easily appreciate how true this is.

Is the Brandy Crusta the First Official Cognac Cocktail?

While we don’t know for sure, it’s certainly a contender. The Brandy Crusta was in the first ever cocktail guide, The Bon Vivants Companion. This mixology guide was written in 1862, by a man known as Jerry “The Professor” Thomas. While this legendary compilation contained over 200 recipes, Thomas chose only to illustrate two, both of which were brandy cocktails—the Pousse L’Amour and Brandy Crusta.

The Brandy Crusta is regarded by many to be the precursor to the popular Sidecar, and balances the notes of a VSOP Cognac with the orange liqueur sweetness of Triple Sec, the tartness of fresh lemon, and a twist of spice, thanks to the inclusion of aromatic bitters.

Want to reproduce this classic cocktail at home? Here’s the recipe:

How to make a Brandy Crusta

Prepare your glass—either a snifter, tulip, or small wine glass. Dip the rim into the fresh lemon juice and then into the sugar to create a crust around the rim. Line the glass with the skin of the lemon peel.

Place all the ingredients into a cocktail shaker with some ice, shake until well mixed and cooled. Strain into the glass and enjoy.

When Money’s No Object

Of course, when it comes to luxury drinks like Cognac, there’s always going to be a few no-holds-barred versions. So let’s take a look at some of the craziest creations that’ve hit the spotlight over the past few years.

Got a spare $10,000 to spend? Then head to the Wynn XS Nightclub in Las Vegas and order this Louis XIII Black Pearl cocktail. Admittedly, it does serve 2 people, but that still boils down to £5K a pop, so you’ve got to be serious about your mixed drinks to order one.

So what’s in this crazily priced tipple? And what makes it command such a hefty price tag?

Well, it’s reputed to be inspired by the Polynesian god, Oro, who brought a black pearl along to give to the princess of Bora Bora. When you order The Ono, not only do you get half an ounce of Remy Martin Louis XIII Black Pearl Cognac in each of the cocktails, but you also get a complete bottle of Charles Heidsieck 1981 Champagne, with around four ounces of the bubbly in each cocktail (the rest is yours to sip at your leisure).

Other ingredients include Bulgarian Sence Rose Nectar (a rose syrup), freshly squeezed orange juice, and some apricot puree. But the drink experience doesn’t stop there, oh no. Around 20 staff members form a procession to your table where they proceed to mix the cocktail in front of you. The drinks are presented in two gold-rimmed Baccarat champagne flutes, and if that wasn’t enough, the guys get a pair of sterling silver Mont Blanc cufflinks. For the ladies (who we think definitely get the better deal), the cocktail comes complete with a 19 carat gold necklace with a black pearl and diamond.

Unsurprisingly, the blend has proved a winner with those who’ve had a run of luck at the tables. Around 25 were sold in the first five years after the cocktail was introduced in 2009.

Other crazy priced cocktails include Salvatore’s Legacy, a delight that retailed at a cool £5,500 sterling and contained a shot of 1778 Clos de Griffier Vieux Cognac, and The Winston, that boasts two shots of Croizet 1858 Leonie Cognac. The latter weighs in at an eye watering $12,970, and was created by Australian bartender, Joel Hefferman.

In addition to the Croizet Cognac, the creation included Grand Marnier Quintessence, Chartreuse Vieillissement Exceptionnellement Prolonge, and that staple added extra of many a cocktail, Angostura bitters.

As if that wasn’t enough, Heffernan misted his creation with dry ice infused with lemon and orange peel, star anise, and angelica. It was served on a bed of chocolate and nutmeg soufflé, and garnished with hand made spun sugar and Chartreuse grapevines. This was a work of art on its own, created by chefs from Mr Hive Kitchen and Bar, Mario Wischnewski, Dalamaine Blignaut, and John Lawson.

That’s one helluva creation, whatever way you look at it.

And then there’s the Winter Olympic Cocktail

The Russian’s certainly love their displays of opulence, so it shouldn’t come as any surprise that the most expensive Cognac cocktail was born at the Sochi Winter Olympics in 2014. Jumping straight into the Guinness Book of Records as the world’s most expensive drink, this Hennessy-based concoction cost Russian entrepreneur, Andriei Melnikov, an incredible $50,000 US dollars.

The Hennessy in the cocktail was a rare blend, described as the ‘jewel in the crown of the Hennessy Cognac range’, and was served to him in a glass studded with four carats of diamonds, from the Italian jeweller, Crivelli.

Another record for the night was where the cocktail was served—at the first ever ice terrace created at the Moscow restaurant, Reka. The ice bar seated 80 people and was a beautiful creation with seats made of ice and various sculptures. But the guests could keep warm with an innovative infra red heating system.
We don’t know about you. But spending that amount of money on a single drink would make us so hot and sweaty that we wouldn’t need any heating, no matter how cold it was outside. But each to their own and, we’re sure it was an experience for Melnikov to enjoy.

One of the most famous cellar masters of all time has to be Yann Fillioux, who previously held the most illustrious position at the largest of all the Cognac houses—Hennessy. While the recipe below might not be his most favorite of all time, the fact that it includes Pineau des Charente makes it really interesting. We also love that it’s so simple to make.

Put the ice and a slice in a tumblers glass. Pour in the Pineau and gin. Swirl to mix and you’re good to go. The perfect refresher for a hot summer’s day.

Back in 2010, Hine Cognac were ahead of their time when they teamed up with mixed drinks specialist, Monin, to produce a limited edition cocktail case. It was available for sale at the French beverage retail chain, Nicolas and contained an innovative selection of ingredients to tempt the cocktail crowd.

At the time this was pretty cutting edge, as Cognac was still struggling to shake off its stuffy old man image. The case included a bottle of the VSOP H by By Hine, plus 5 small bottles of mixers—including pamplemousse , mint, violette, and strawberry. There was also a brochure with instructions on how to make six different cocktails.

When the case was launched on 01 June 2010 it retailed for a humble 47 euro. But, as it was limited to only 3,000 cases, we’d imagine an unopened one now might have increased in value somewhat.

We love that our beloved drink is so versatile that it can be enjoyed in many different ways. We’re often asked what Cognac is the best to use in a cocktail? To be honest, there’s no definitive answer to this, as it’s totally subjective.

We like a good VSOP, perhaps one that’s slightly over-proof as the potency lends itself well to a mixed drink. But there’s absolutely nothing stopping you using a high quality XO, as the complexity of age can meld wonderfully with a combination of flavours.

Last, but by no means least, don’t let anyone tell you that the only way to drink Cognac is neat. Because nothing could be further from the truth. Of course, you can’t beat the luxurious tasting of a great Cognac in isolation. That’s something that’s not simply a drink, but a whole experience in itself. However, there are times and places where only a Cognac cocktail hits the spot.

It’s your drink, so sip it your way. If that’s in a Cognac cocktail, then it’s fine by us. You’ll find us doing exactly the same on a sunny summer’s day.

Why not join our online Cognac community and share your favorite cocktail. We’d love to hear from you. With members from around the world it’s an additional way that we can all continue to spread the joy of Cognac. It’s a great place to interact and discover new trends. We look forward to seeing you there. 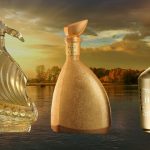 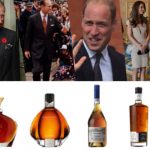 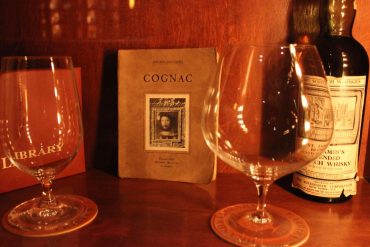 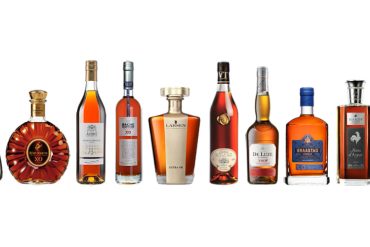 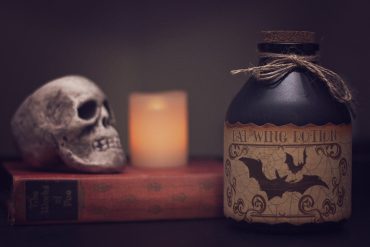