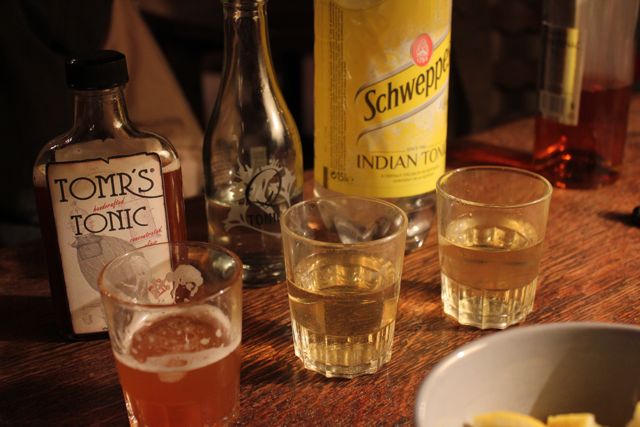 I really love cognac cocktails and longdrinks. One of my favourite tricks: Use a cucumber! It’s great. A simple longdrink with cognac is “Cognac Schweppes” – how the French would call it. But isn’t there a major problem with “Cognac Schweppes”? Yes there seems to be one. Why would one want to use industrial tonic water, produced by Coca Cola to mix with finest artisanal Charente brandy? Rather mix artisanal products with other artisanal products. That seems to make much more sense.

Did you know that tonic water is made with Quinine, which comes from the Cinchona tree, originally found in the Peruvian Andes? Quinie used to be an anti-malaria medicice, which was served to patients in a mix of gin and soda water. Gin acted as an anti-bacterial treatment. Obviously it didn’t take long for people to realise that this drink could be consumed in a healthy state, too! And that it even gave you a buzz beyond your average alcohol consumption. It was in the 1960s, when a synthetic substitute for quinie was formulated in a New Jersey laboratory. Since then, artificial tonic waters have taken over the market, and Schweppes Tonic rules the world of tonic.

In order to go back to the roots, and find out the difference between artificial and artisanal tonic waters, I thought: Let’s get two artisanal tonic waters and compare them with Schweppes! We contacted Tonic Q, an artisanal Tonic from the UK, and Tomr’s Tonic, which is a tonic syrup from the US, and bought some of Darth Vader’s very own Schweppes Indian Tonic. Ready to start the Tonic tasting.

Q Tonic was kindly sent to us in 4 small bottles of 235ml. The packaging is contemporary and quite stylish, already suggesting a qualitative and exquisite experience. This tonic is handcrafted and sweetened with organic agave. It contains real quinine from actual trees (not simply a chemical aroma from the lab), which delivers the sharpness a tonic water should have.

Tomr’s Tonic arrived in a small bottle, it is in fact an extract that needs to be mixed with soda water. The bottle is beautifully designed and makes one think of an old-fashioned medicince bottle, and suggests the organic nature of this product. The amber color of the syrup comes from the bark of the cinchona tree and from the evaporated cane juice, which is used a sweetener.

Now, at first it does not really seem to make sense to do a tasting with Tomr’s, Q and Schweppes, because Tomr’s is a sryup and Q and Schweppes are ready-to-drink tonic waters . But once you mix the right quanity of Tomr’s with soda water such as the German Appolinaris or more still-sparkling like French Badoit, you have your tonic water ready to go.

We organised a group of friends and family members, and did a blind testing with the three different tonics – first pure, and then mixed with cognac. These were the reactions and tasting notes:

Q Tonic: Q presents some light lemon hints, a sweet sourness, and not too sparkling – somehow tastes like medecine; our aunt thought. Less sour, somehow reminds us of Selters, not really as proncounced as Schweppes. Subtle, dry; and if you wanted to compare it directly to Schweppes Indian Tonic, Q presents itself as a bit flat. Some good quinine is in there.
Tomr’s: slightly bitter nose, and sweet in taste. We thought that Tomr’s, just pure, was less good compared to Q and Schweppes. Not such strong traces of quinine. But it depends: You can vary the ratio however you want, so if you want it stronger, just add more. As Tomr’s is a syrup, you can do all kinds of crazy things with it. Tomr’s definitely has the nicest packaging.

Schweppes: more sparkling, not sweeter than Q, less bitter. No nose at all, slightly bitter in taste. More sweetened than Q, leaves more of an aftertaste. 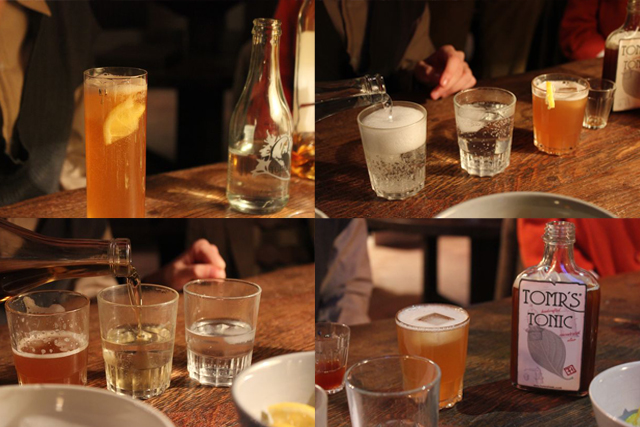 Then we tried our three candidates with VSOP cognac:

Q: more intense, underlining. The best. A bit bitter.
T: less nose than Q, more subtle in taste, less aroma. Light, no bitterness, a hint of sweetness. Some sediment in the glass.
S: no nose, rather sweet.

The best drink we came up with ourselves that evening:

All in all, the verdict was that Q Tonic had the most refined taste from the three, but that ultimately one’s palate is so used to drinking Schweppes that it is exactly this taste that one associates with tonic water, just like one expects from a cheeseburger to taste like the one from McDonald’s. 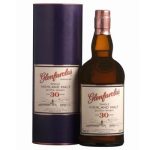 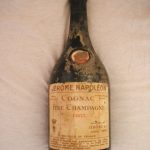 Conjure & Ludacris Mix Up a Cognac Cocktail for the GRAMMYS 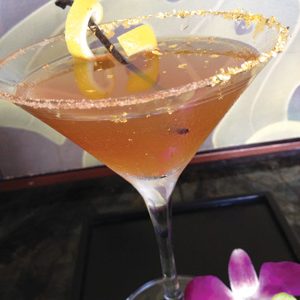