Since the announcement in Mid November of last year, there has been precious little information about Remy Cointreau’s much publicised sale of their Champagne division.

Currently the company has three divisions, Champagne, Cognac (including Remy Martin Cognac), and Liqueurs and Spirits.  But whilst both the cognac and liqueurs & spirits divisions have shown soaring profits in the tax year 2009-2010, the champagne side of the business has reported considerable losses.  And whilst it is now showing good signs of a comeback, it has obviously been the under performer in the group.

Of course, the sale of both the brands – Charles-Heidsieck and Piper-Heidsieck will raise several hundred million euros for the company, and this will be ploughed back into the expansion of the remaining two divisions – more than likely into further expansion into the lucrative, growing Asian market.

But since the sale announcement, precious little has been heard about the sale, although it is reported that there has been plenty of interest.  However, the general word in the air is that there is doubt that anyone in Champagne actually has the funds to purchase right now, and there are rumours of interest from Asian investors or the ever growing Diageo group.

Only time will tell who will take up the challenge.  The world of Champagne waits with baited breath! 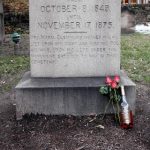