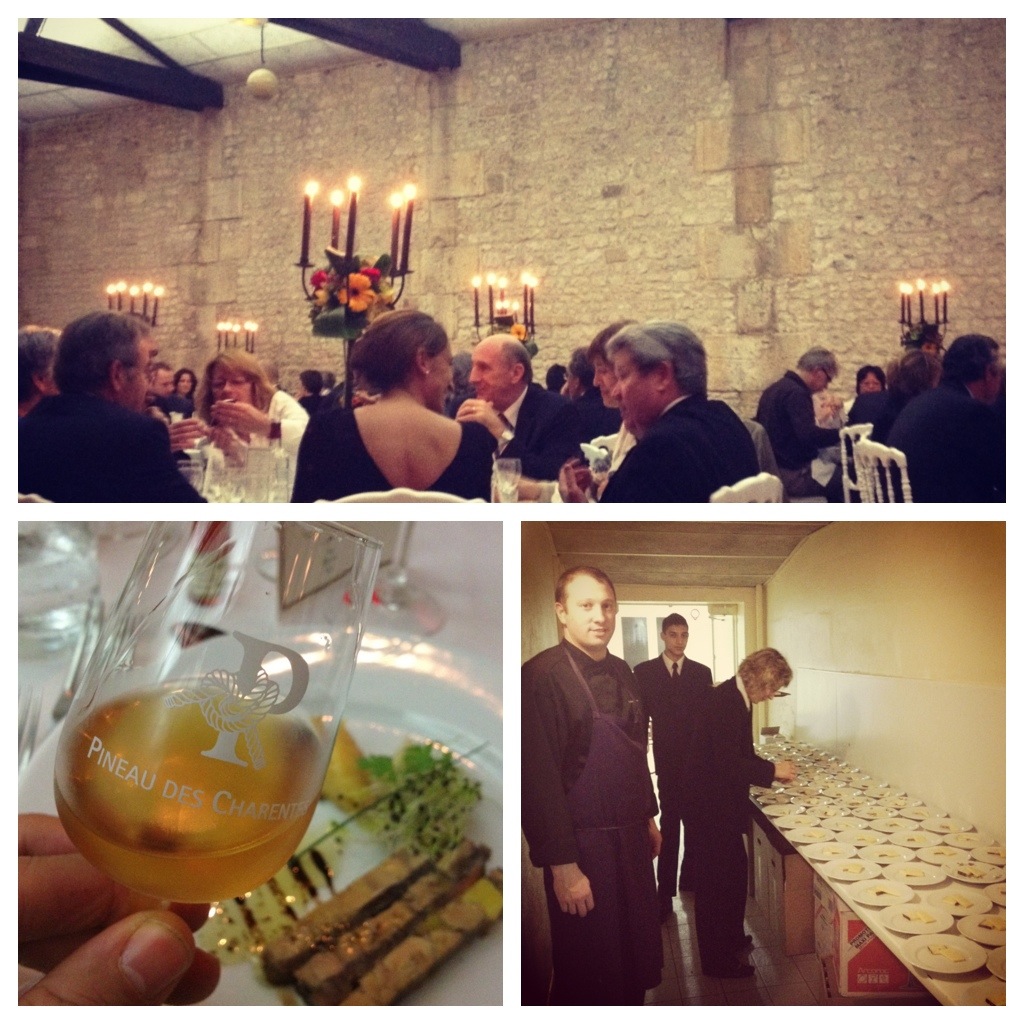 25th Anniversary of the “Cognac University” at Segonzac

Some weeks ago I (Max) was invited to the 25th anniversary of the Cognac University in Segonzac, France. The University is a branch of the Poitiers institution – sort of an out post in the Charente countryside. We reported about the University, here.

The university has been educating students from all over the world for a quarter of a century, and boasts over 400 Master graduates who’ve studied, qualified and moved into the working world in related fields.

During the day there was a conference around the subject of food pairing. These were based around the following spirits:

Appetizers for 280 people – everyone who’s anyone in the world of Cognac were here to celebrate the university’s 25th anniversary.

As well as the appetizers, there were many different Cognac tastings, and much information about food pairing. The participants had the chance to taste unusual appetizers, such as spiced and crunchy caramel chocolate with crushed cocoa served with and XO Cognac from the BNIC. This pairing was masterminded by Pascal Nebout (Martell), Phillipe St Romas (Remy Martin) and Ludovic Merle (Chateau Restaurant)

Other pairings included a cube of foie gras with pear gingerbread, served with Mumm Champagne, courtesy of Pascal Nebout.

Chocolate and cabbage sprayed with a hint of Cointreau was the brainchild of Phillipe St Romas. 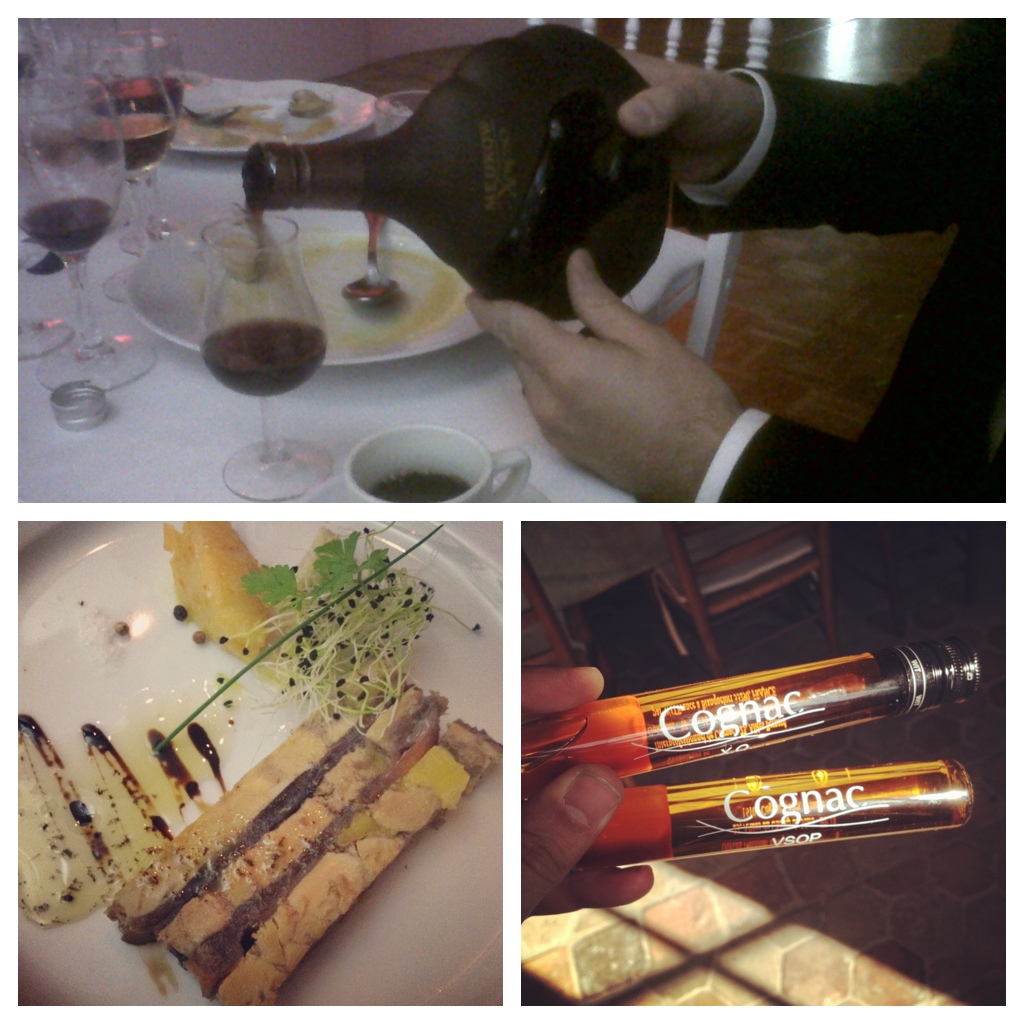 And whilst I forgot to take a picture, I must include the combination of G’Vine (EuroWineGate) and marinated cod sushi on blini, created by Julient Lachenaud, the new head of L’Yeuse Restaurant.

And here is a photo of Pascal Nebout, who’s just joined the house of Martell after several years working at the l”Yeuse restaurant. Sorry about the size of these – but time is against me and I didn’t have the chance to reduce them.

In the evening there was a sumptuous dinner served for about 200 people. This was a real coup in the continuing development of the ‘Spirit Valley,’ and was served in the halls of the Segonzac distillery.

I was seated at a table that included an interesting combination of Cognac and spirits professionals. There was even a very nice gentleman who owns THE flower business in Cognac (although I won’t name drop here…)

Today the Cognac region is one of the most specialized areas in the world for spirits. Not only is Cognac is produced here, but Brandy, Whisky, Gin and even Vodka. Hence the title, ‘Spirit Valley.’

I also bumped into Hennessy’s Olivier Paultes, which, as always, was a delight. Another pleasure was that I got to know the lovely owners of Domaine Breuil de Segonzac, such as Damien from Meukow. Damien offered me a glass of Meukow’s latest liqueur – Xpresso – a combination of Cognac and coffee. And I loved it; I even put some into my coffee.

There were many other people that I had the opportunity to meet and/or catch up with. In fact, so many that I do apologise if I’ve forgotten to mention some. One guy seemed very smart and really made an impression on me – a spirits student named Nicolas Brun. Another such person was the journalist, Christine Croizet, from WhiskyMag and Terres De Cognac.

It was great to meet with some of the people who follow us on Facebook, read our feeds, tweets, articles and such. Sometimes running an online publication means that you feel somewhat isolated – like we’re simply talking to the wind – so it’s great to hear feedback from folks in the flesh, so to speak.

The chef who was responsible for dinner was an old friend, Ludovic Merle. Both Sophie and I know him. He really is a great chef, one of the best in the region – who, by the way, has opened a new hotel in Jarnac called Hotel Ligaro. He was kind enough to invite me to visit to take a look, and will certainly take him up on the offer.

The dinner was great – naturally. And a real treat we were treated to an ice cold shot of Camus Ile de Re Cognac with dessert. It was excellent, and I soon made that disappear. Ludovic, I thought. You take your time between the courses, but when they arrive they certainly hit the spot!

And the Cognacs didn’t end there, as we were presented with Louis Royer Cognac after the dessert course. It must have been their XO, and was a very good choice.

After dinner was over, I picked up my bag and drove the one hour back home through the darkness of a Cognac night, with a full belly and a smile on my face. The people that make up the world of Cognac – the Cognacais – are certainly an interesting and fascinating species, that’s for sure… 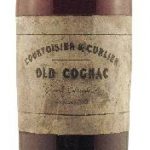 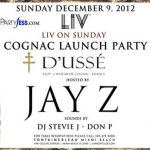