Nas, the front man for the ‘Welcome to Hennessy’ campaign that’s been running for a few months, has released a video showing the highlights of his recent visit to France.

Hennessy are certainly placing a lot of time and effort to bring their brand to an ever younger and more trendy audience, and the appointment of Nas as a tastemaker to Jas Hennessy & Co (distributors of Hennessy Cognac in the US) is one such campaign.  Nas – for those who aren’t familiar – is a rapper and actor with a plethora of platinum and multi-platinum albums to his name, and is one of the top hip hop artists in recent years.

He developed a love for cognac in his twenties, so was no doubt delighted to be approached by the cognac giant as a front man.  The uber-trendy video below shows how Nas has been tutored in the art of eaux-de-vie, and he shares his experience a trip to Hennessy that most of us would give our right arm to be allowed to undertake … 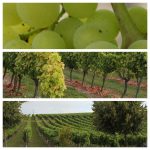