There’s been a lot happening in the world of cognac over the last week or so – and most of it dominated by Remy Martin and their flagship offering – Louis XIII.  But of course there’s some other major events of the year that have happened – such as the Chinese New Year (always eagerly awaited by the world of cognac) and the day that fills couples with joy and singletons full of cynicism – St Valentine’s…

Louis XIII for everyone?  The Year of Louis XIII & a Vegas Valentine…

Fancy a bottle of Remy Martin Louis XIII Cognac for a mere $600?  Of course you do…  The famous cognac has just been released in a miniature format of 50ml – presented, of course, in a gold adorned Baccarat decanter and coffret.  Vice President of Remy Cointreau USA, Yves de Launay, said of the new offering, “We are thrilled to provide consumers with an option to experience one century in a bottle in a small-sized decanter”. 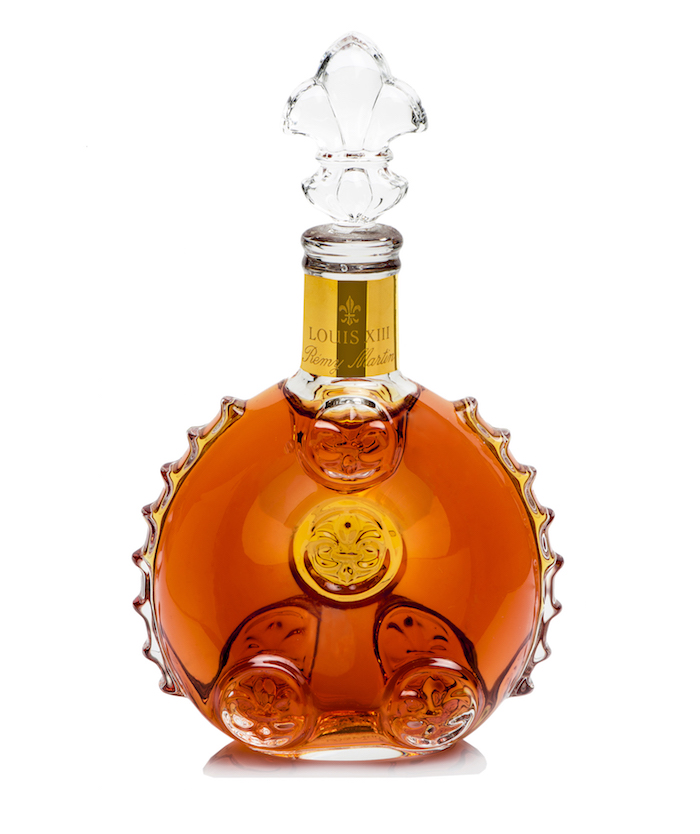 And while some might think it’s sacrilage to be selling such a spirit off in small batches, we think it’s a great opportunity for more cognac lovers to be able to own the wonderful Louis XIII.  $3,000 (or more) for a regular size bottle is out of many people’s means – but this far more affordable option means many more can realize the love of this amazing blend of 1,200 different eaux-de-vies.

The Year of the Louis XIII

Well, it’s officially the Chinese Year of the Fire Monkey – but with Remy Martin’s almost overpowering presence in China, and the fact that they were the host of a major Chinese New Year event, we could be forgiven for thinking that 2016 is the Louis XIII year.

It was a fashionable crowd who enjoyed the event organised by the famous cognac house, held at the Jue Lan Club, NYC.  Guests enjoyed a wonderful meal created by chef, Oscar Toro, with, naturally, a healthy helping of the famous cognac to toast in the new year.

Those who wanted to ‘wow’ their partner this Valentine’s weekend (and had a spare $100,000 to splash out…), could’ve headed to Wyn Las Vegas for a completely ‘underwhelming’ experience (that’s sarcasm, that is…).  The hotel’s weekend ‘Armour’ package includes a a five course, chef-designed tasting menu with wine pairings.  Naturally, oysters played a part, along with fillet  mignon, caviar and foie gras.

Also included was the best table in the hotel’s XS nightclub, some stage time and (this is where Remy Martin makes yet another appearance), the club’s signature cocktail – The Ono, that includes Louis XIII Black Pearl as the star ingredient.  The fizz in the cocktail comes from Charles Heidsieck Champagne.  And if that wasn’t enough, the cocktail is served with an 18 carat gold XS necklace complete with black pearl and encrusted diamond.  Plus a pair of gold cufflinks wrapped in stingray skin (although, in our humble opinion, the skin would’ve looked far better on the stingray…!)  Seems that for some, a dozen red roses on February the 14th just isn’t enough anymore…

It might well raise a smile if a bar owner told you that you’d just purchased their 1,000,000th cocktail.  But if they then followed that up with a free bottle of Remy Martin Louis XIII, you’d probably have a new favorite bar to visit.  And that’s just what happened to lucky couple, Carl and Natalie Knowles, when they ordered their drinks at The Alchemist Bar, Leeds, UK on January 30th.

It took the bar just under 3 years to reach the 1,000,000th cocktail sale.  And they say they can’t wait to give away another awesome bottle when they’ve sold another 1 million.   Anyone fancy meeting us there in January 2019…?

The Louis XIII Movie that you’ll Never get to See

We all know that it takes a great deal of time to create the amazing Louis XIII Cognac.  And the latest marketing campaign certainly illustrates that – because it’s a movie that’s due to be aired in 2115…!  Entitled, “100 Years – the movie you will never see”, it’s all about three possible futures that the makers have envisaged might be our planet in a century’s time:  One is where nature has taken over the world, another where technology has become king, and the last where robots have become masters of humans.

The movie has been sealed in a state of the art safe.  It’s been programmed to open only on September 18, 2115 – the date the movie is to be shown.  1000 people around the world have been sent invitations for their descendants to come to watch the premier showing.  The safe containing the movie is currently on a world tour – under the watchful eye of high security – and will travel back to the home of Remy Martin in Cognac at the end.  Directed by Robert Rodriguez and starring John Malkovich, we can watch three teasers that’ve been produced to give clues of this hypothetical world a century from now.

Global executive of Louis XIII Cognac, Ludovic du Plessis, says of the inspiration behind the movie, “Louis XIII is a true testament to the mastery of time, and we sought to create a proactive piece of art that explores the dynamic relationship of the past, the present, and the future. Four generations of Louis XIII cellar masters put a lifetime of passion into a bottle of LOUIS XIII, yet they will never taste the resulting masterpiece. We are thrilled that this talented actor and creative filmmaker were inspired to join us on this artistic endeavor”.

The $345 Bar of Chocolate – Aged in a Cognac Barrel

Now we understand good cognac.  And we’re also partial to the odd bar of chocolate.  But cognac barrel aged chocolate…?  For $345 a bar…!  And for your money you only only 50 grams…!  That’s nearly 7 bucks a gram…  But it’s a reality, thanks to chocolate producer. To’ak.  The chocolate is made from cocoa from Ecuador and aged for 18 months in a variety of wooden vessels, including an oak cognac barrel.

Only 200 of the bars have been produced, and each comes in an engraved presentation box with a pair of chocolate tasting utensils.  You also get a 116 page book that explains all about the aging process of dark chocolate (strangely similar – and scientifically proven – to the aging process of wine and cognac…).  Definitely not a bar to be consumed as purely comfort food, that’s for sure.

Martell Cognac has taken on Nigerian dance hall singer, Burma Boy, to be an ambassador for the brand.  The signing was made official following the Martell 300 Promo Winners Party in Lagos, Nigeria, last week.  The signing follows the singers negative publicity for ‘unprofessional behavior’.  Further proof (if any was needed) that no publicity is bad publicity.

Cognac and the Fight Against Climate Change

Climate change is effecting every corner of the globe, as well as every industry.  And cognac is certainly not immune to it.  No-one can dispute that the climate is changing on a global scale.  In the region of Cognac, this means warmer temperatures – and that causes the lowering of the acidity in the grapes.  For cognac, this causes a big problem, as one of the key requirement of a grape that will eventually become eaux-de-vie is that it is high in acidity.

So far this change has been countered by an earlier harvest.  But the cognac producers are aware that this is only a short term fix – something far longer term needs to be put into place.  To this end, Courvoisier, Hennessy and Remy Martin have set up a research committee.  And together they are looking at alternative grape varieties.

In partiicular they are testing a new hybrid grape variety – Monbadon.  Courvoisier’s Master Blender, Benoît De Sutter, says, “‘We’re doing the research to find whether the aromatic profile of Monbadon will be similar to Ugni Blanc. We already know that it has a higher level of acidity and lower level of alcohol than Ugni Blanc”.

The first crop of this hybrid grape will be hargested in 2018 and aged for three years.  The whole experiement is planned to take 9 years to complete. 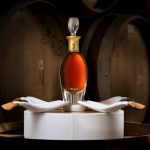 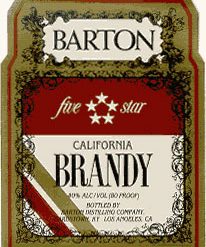