Times are looking good for the sub-continent and on the 27th February budget proposals were announced in Indian parliament.

Finance Minister Pranab Mukherjee has confidently announced that by 2013 India will be the second largest market for alcoholic beverages.  It has been predicted that the Indian economy could grow as much as 9% in the fiscal year commencing April 2011.

The three top spirits companies – United Spirits, Pernod-Ricard and Radico Khaitan Ltd have all shown massive surges in profits.  This is mainly due to the rise in people’s disposable income, meaning more money to spend on luxuries and branded goods.

In the October – December 2010, Radical Khaitan Ltd reported a 78% rise, with its net profits riding the crest of a wave.  Similar increases were reported by the other two market leaders.

And it’s not only India, as Pernod Ricard reports that Asia as a whole still continues to be an increasing market with strong sales not only cognac and whisky, but vodka as well.

These predictions are backed up by the recent forecast report by The IWSR (International Wine and Spirit Research), although they say that the length and speed of the global recovery will vary according to local circumstances. 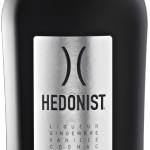