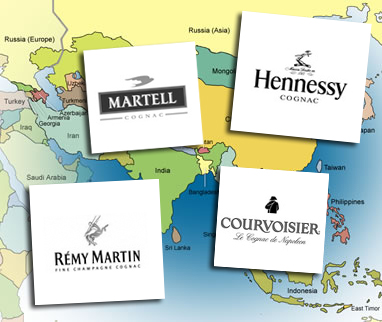 As we’ve previously reported, the worldwide sales of cognac are doing great things.  It seems that not a week goes by without another news article extolling the increase in exportation of our beloved eaux-de-vie.

But the major cognac producers – Hennessy, Courvoisier, Remy Martin and Martell – are certainly not sitting back and just enjoying the ride.  On the contrary, they are looking at ways to further increase their export levels and ultimately their profits.

Although the USA remains the largest market in terms of volume, this tends towards the cheaper end of the market, with VS being the most popular.  Of course, we all know about China (and Asia in general) as the fastest growing market, and some cognac groups make over 30 per cent of their profits here alone.

The Chinese very much lean towards the more expensive brands, including XO and rarer vintages.  However, lessons have previously been learnt about how risky it is to rely on one market for a large proportion of profits, such as in the case of 20 years ago when the bottom fell out of the trade to Japan.

This is why the houses are looking towards other emerging markets such as Russia, Vietnam and Taiwan as regions to increase sales.  Other Asian destinations such as Laos and Cambodia are also awakening to the delights of cognac, and we could soon see exports to these countries increasing dramatically.

In 2010 the monetary value of cognac sales hit an all-time high, at €1.8 billion euros.  This equates to 11.3 million cases – a rise of 8.5 per cent over the previous year.  Mind you, this is still dwarfed by global sales of whisky which hit around 100 million last year – although cognac producers lean more towards quality, not quantity.  But as cognac becomes ever more popular, who knows how far the figures could rise.

At number two is Remy Martin, who shipped 1.9 million cases.  Asia is their number one destination, accounting for 50 per cent of their market.  30 per cent went to the USA and 20 per cent to Europe.  As well as Vietnam, they are also seeing strong growth in India and Singapore.

Just behind comes Martell, who also shipped around 1.9 million cases.  They are particularly strong in Russia, with good growth being seen in countries such as the Ukraine.

Courvoisier’s at number four – shipping 1.2 million cases.  Out of the big four they are the least exposed to the emerging markets, and in the past relied heavily on the UK and Europe for much of their sales.  But they are now seeing strong growth in China, Russia and Vietnam. 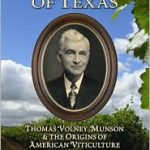 Vietnamese and Chinese on the Search for Exporters