Armenian Brandy is on its way to China

At an Armenian-Chinese business forum held in Yerevan (Armenia’s capital city) on Monday 11 April, it appears that the Chinese are very likely to think about importing Armenian brandy, often also referred to as “Armenian Cognac”.

Li Changchun of the Standing Committee of the CPC Central Committee’s Political Bureau stated that the Chinese government is ready to begin importation as long as Armenian businessmen are prepared to become more proactive.  He was impressed by the country’s Ararat brandy and expressed surprise that it was not already sold in China.

The Armenia-Chinese trade is flourishing, growing by around 40% in 2010 to reach $436 million dollars but Li Changchun said that there is lack of cooperation between the two countries.

The Armenian Prime Minister is keen to develop the potential between the two countries and mentioned that there are several areas of priority.  It seems that the import of Armenian brandy will be one of them. 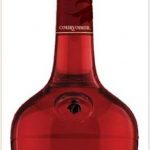