A New Look at the Life of Richard Hennessy

Historian, George Martinez, has been studying the life of Richard Hennessy for the past four years, convinced that the current findings are rife with mistakes.

Richard Hennessy, founder of one of the world’s most famous cognac houses, is well known as one of the most famous people of the Charente and a role model to many.  However, historians have long been divided over certain aspects of his life, and Martinez is due to present his findings at a conference tomorrow in Angoulême.

Having researched his passion in the archives of the house of Hennessy, along with searching records of the French army at Chateau Vincennes, he’s convinced that he can at last put to bed some of the most controversial discussions of the great man’s life.

One example is that he didn’t take part in combat, contrary to the official history that LMVH say about Hennessy.  And that he most definitely was not injured in 1745 in the Battle of Fontenoy.  Indeed, Martinez states that the formal military records show that he didn’t even enter the military service of Louis XV in the ‘régiment de Clare’ until three years later!

Also to be discussed is the reputed 10 years Hennessy spent in the service of the King of France.  Martinez states that although he received a certificate for 10 years of service, he actually only served six years, from 1748 to 1754.

He also discusses inconsistencies in the uniform worn in the portraits that adorn many labels of Hennessy cognac.

Whatever else, the conference is sure to bring up some interesting discussion points of one of the most famous men in Charentaise history. 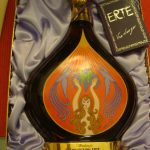 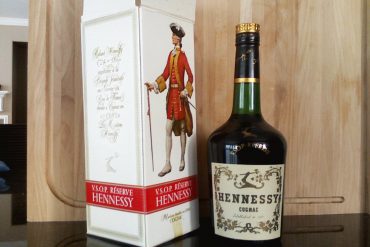