Cognac Croizet makes some noise. It seems that there’s no end to how much people want to spend to create the ultimate cocktail.  And last week was the turn of Australian bartender, Joel Heffernan, to take his place in the Guinness Book of Records with his eye wateringly expensive creation to the tune of $12,500 Australian dollars.

The ‘event’ took place in the Crown Melbourne Club 23, and overseen by adjudicators from Guinness World Records.  They confirmed that the cocktail does indeed overshadow Salvatore Calabrese’s recent place at the top of the leader board when he created ‘Salvatore’s Legacy,’ a £5,500 drink that he crafted on October 15th, 2012.

(You may remember that his attempt was put on hold after his prized bottle of a 1778 Clos de Griffier Vieux Cognac was smashed by an unnamed customer at his Playboy Club in London earlier in the year).

But back to the new record holder, who created the cocktail for an unnamed club regular.  The crème de la crème ingredient of ‘The Winston’ cocktail was two shots of Croizet 1858 Cuvee Leonie Cognac.  The other magic in the mix was Marnier »”>Grand Marnier Quintessence, Chartreuse Vieillissement Exceptionnellement Prolonge and that staple added extra of many a cocktail, Angostura bitters. 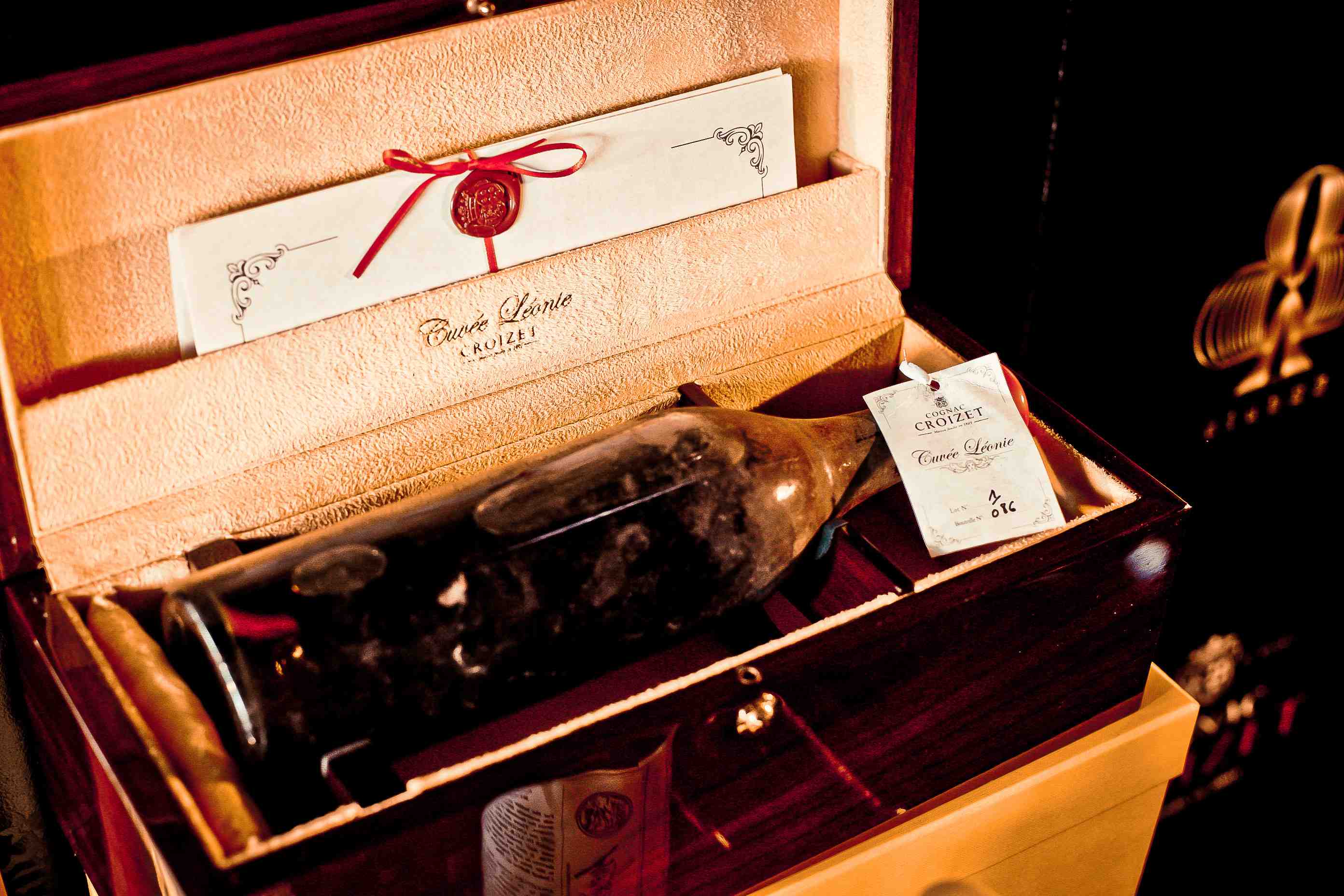 And as if that wasn’t enough, Heffernan misted his creation with dry ice infused with lemon and orange peel, star anise and angelica.  It was then served on a bed of chocolate and nutmeg soufflé, and garnished with hand made spun sugar and Chartreuse grapevines.  This was a work of art on its own, and was created by chefs from Mr Hive Kitchen and Bar – Mario Wischnewski, Dalamaine Blignaut and John Lawson.

And after all of this effort and money had gone into the creation of this masterpiece, the purchaser simply took a few sips, paid his bill and left – leaving the majority of the cocktail untouched…

Seems almost obscene to us.  After all, there are only a few bottles of the Croizet 1858 Cuvee Leonie Cognac in the world.  The are only released on very special occasions.  It seems that, according to Croizet, one such event was in 1944 when General Eisenhower and Winston Churchill shared a bottle of the evening before D-Day. 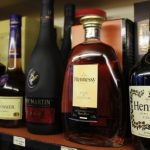 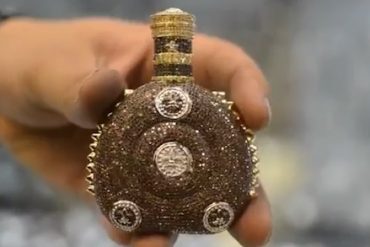 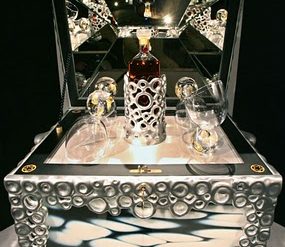