Pineau des Charentes or simply ‘Pineau’, is a little-known gem of the Charente region. It is a vin de liqueur, or fortified wine, which is made by blending around one-quarter of Cognac with three-quarters of either slightly fermented grape must or freshly squeezed grape juice.

Legend has it, that Pineau was discovered by accident. During the harvest of 1589, a farmer poured grape must into what he believed was an empty barrel, however it actually still contained some eaux-de-vie. A few years later he came across the barrel and was pleasantly surprised with the enjoyable combination of grape juice and Cognac. From this day on the Charentais people had a new drink: Pineau!

Pineau des Charente can come as a white, red or rosé. The beverage has the amber hues and aroma of Cognac, although Red Pineau can be a deep rouge color. It is sweet but clean on the palate with a delectable meeting of the fresh flavors of grape juice with toasted wood and the noticeable kick of brandy but without the familiar burn. The red and rosé offer up slightly fruitier tones, whereas White Pineau is drier on the palate.

How is Pineau made?

The grapes mature gradually over summer, gorging on the sunshine and nutritious Charente soil. They are ready for harvesting in September, sometimes October and the grape harvest lasts for around a month. The choice of grapes will determine how sweet the Pineau is and each harvest will be different with a number of variable factors that producers must carefully consider.

White grapes are pressed immediately after harvesting to ensure they retain their freshness and sweetness, while the red grapes must be allowed to macerate for several hours in order to gain the desired color.

This process is also known as mutage and involves the essential addition of Cognac to the grape must or juice, this process is performed by the Maitre de Chai. The Cognac used must have aged for at least one year and be at least 60% ABV. The addition of the Cognac prevents the grape must from fermenting and adds to the sweetness of the beverage. Cellar Masters must also carefully consider the choice of eau-de-vie used at this stage, as a younger Cognac will not give the same flavor as a more mature one.

The aging of Pineau takes place in oak barrels, this is critical for the distinct aromas and nutty notes of Pineau. As with Cognac there are legal requirements for the aging process of Pineau and these differ depending on whether it is white or red, we will explore the different regulations further on. Extended aging in oak barrels makes Pineau smooth, aromatic, and more robust.

Pineau des Charentes must be bottled in the region of Charente.

Pineau des Charentes gained status as Appellation d’Origine Contrôlée in October 1945 and was the first French liquor wine to obtain registration as a vin de liqueur. As is the case with Cognac, Pineau must abide by certain regulations to retain its status.

To gain the AOC guarantee of authenticity and quality, both the wine and the Cognac must come from the same estate and vineyard. The year that is indicated on the bottle is in reference to the year of the Cognac and not the grapes, as these are pressed the same day. Pineau must also be bottled in the region of Charente, much the same as Cognac can only be produced within the region.

As mentioned earlier, the regulations for aging differ a little depending on whether the Pineau is white or red.

There are three aging categories for White Pineau:

The aging categories for Red Pineau are as follows:

Rosé Pineau is produced in a similar style to red, however with less maceration time. It is a fine line between rosé and red with Pineau. 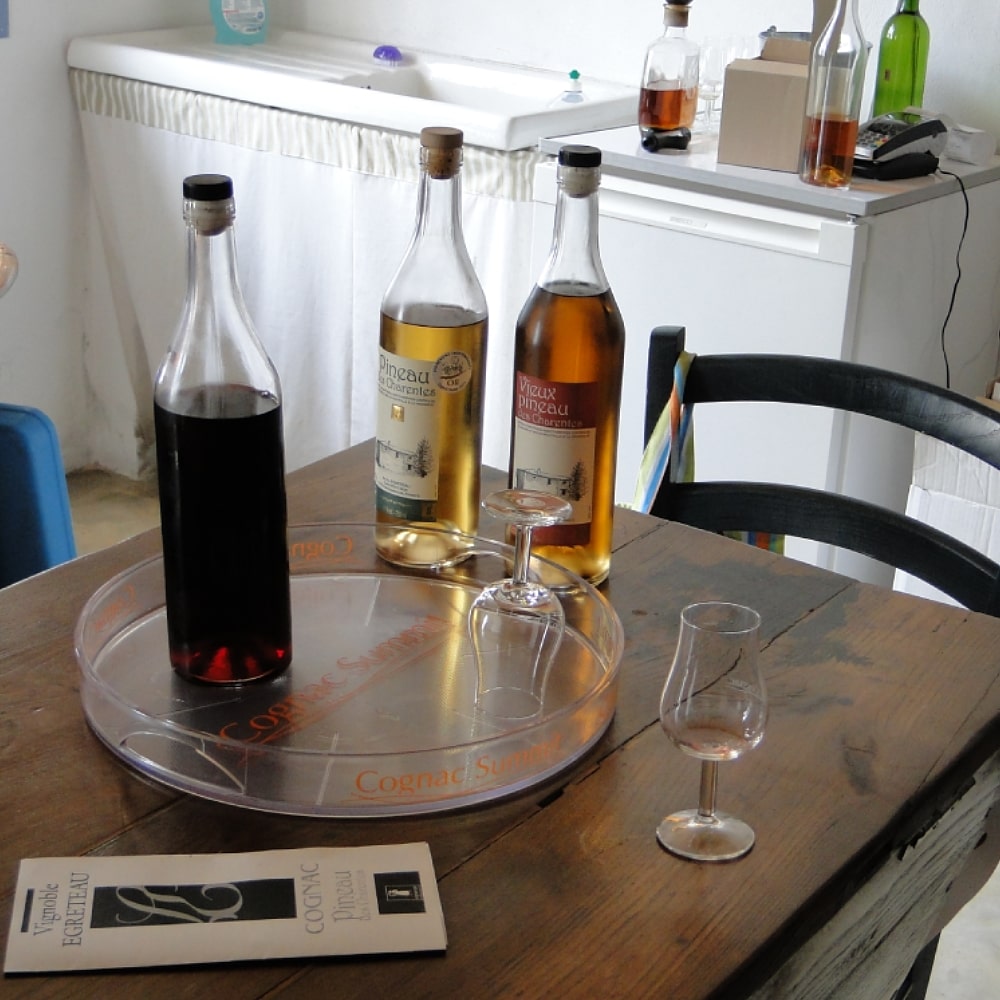 Pineau des Charente has not spread its wings across the global market quite like its big brother Cognac. However, it has become France’s most popular vin de liqueur and each year 90,000 to 110,000 hectolitres are produced and 11 million are sold, 75% of which are sold within France.

Although the market for Pineau is growing in countries such as Belgium, Canada and the US, it is curious that it has nowhere near soared to the heights of popularity that Cognac has. One reason for this is that the majority of Pineau producers are relatively small and lack the means to market well internationally, although some Cognac houses such as Remy Martin, Cognac Ferrand, Hardy, and Guy Pinard also produce Pineau.

The international palate is also not as accustomed to such a sweet aperitif, which is how Pineau is enjoyed usually in France. However, Pineau producers are breaking into the US market through the marketing of Pineau as a base for cocktails.

How to enjoy Pineau

As a fortified wine, it is stronger than conventional wine with White Pineau ranging from 16 to 22% ABV and the red around 17%. It is usually enjoyed, particularly in France, as an aperitif and served chilled at 8 to 10 °C in a tulip-shaped glass which encourages the aromas to develop.

However, PIneau has been making movements as a base for cocktails recently and this has seen its popularity grow. Pineau combines readily with fruit juice, tonic water, and a few mint leaves, making it spectacular to sip on in the summertime.

Pineau is also excellent when paired with food and its versatility means that you can find a Pineau suitable for most dishes. A Vieux or Tres Vieux White Pineau perfectly compliments foie gras, goat’s cheese, or blue cheese, whereas an Old or Very Old Red Pineau is enjoyable with a rich chocolate dessert. A young Pineau Red will wonderfully enhance fruity flavors, and so would work well alongside a strawberry salad and a young White is a suitable companion to cantaloupe.

There are comparable, quite similar products to Pineau in France, depending on the region. Some might confuse Pineau with troussepinette, a traditional aperitif that originated from the Vendée, a coastal region north of Cognac.

Trousepinette is a delicious marriage of wine, Cognac, sugar and various hedgerow products, but traditionally blackthorn. The blackthorn is harvested in the spring and then allowed to macerate in the eaux-de-vie for several weeks, following this the Cognac is strained and wine and sugar are added to adjust the alcohol content to around 17% and provide sweetness to the flavor.

Although traditionally made as a white wine liqueur, these days both red and rosé are also used and hedgerow products such as peach blossom, apple blossom and berry fruits can replace blackthorn.

Another similar beverage would be Macvin du Jura, an AOC certified vin de liqueur produced in the Jura region of Eastern France. To produce this liqueur wine, the juice and must of Savagnin grapes are reduced in half by boiling and the resulting liquid is then fortified with brandy. When the wine reaches 16% alcohol in volume it is allowed to age in oak casks for six years and there is no fermentation process.

The end result is a naturally sweet wine that is rich and unctuous with a deep amber color and aromas and flavors of orange zest, quince, prunes and other dried fruits.

Another fortified wine that is intended to be enjoyed as an aperitif is Floc de Gascogne which is produced in France’s Gascony region. The word ‘floc’ comes from ‘lou floc’ which translates to ‘bouquet of flowers’ and refers to the beverage’s fruity and floral characteristics.

Floc de Gascogne can come as both a white and a red and is made by blending two-thirds of slightly fermented grape juice with one-third Armagnac. As is the case with Pineau, the alcohol addition prevents fermentation of the grapes and leaves behind sweet unfermented grape sugars. The now fortified wine must then be allowed to mature for a minimum of nine months, and although this is usually done in oak casks, this is not a necessity.

Pommeau is an aperitif that originates from Normandy in North-Western France. It was first discovered during the seventies when the apple farmers would add apple brandy, known as Calvados, to their fruitiest and tastiest apple juice to slow fermentation and prevent the juice from losing its flavor. The result of this combination was the tasty discovery of Pommeau de Normandie. Pommeau received an official AOC designation in 1986.

The production of Pommeau begins with the separate making of the apple juice and Calvados. Calvados is usually made by pressing apples to become juice and then allowing the juice to ferment for a few weeks. The resulting cider is then distilled and aged in oak casks for at least one year before it is deemed to be Calvados. The Calvados is then blended with the freshly-pressed and non-fermented apple juice and again allowed to age for a minimum of 18 months before being bottled as Pommeau. The combination is approximately two-thirds of apple juice to one-third of Calvados and has an ABV of between 16 and 18%.

So there you have it, your guide to the lesser-known, but certainly not less-deserving, little brother of Cognac, Pineau des Charentes. If you are yet to try this sweet delicacy of the region, then we urge you to indulge in a tipple, it is especially wonderful to enjoy now as the summer months approach. You can explore our broad range of Pineau on Cognac-Expert, with a selection from both artisanal, Pineau-specific producers and the larger Cognac houses.

What is Pineau des Charentes?

Pineau des Charentes is a vin de liqueur, or fortified wine, which is made by blending around a quarter of Cognac with three quarters of grape must or freshly squeeze grape juice. It can come as a white, red or rosé, has an alcohol content of around 17% and is categorised by age in a similar fashion to Cognac.

How to drink Pineau des Charentes?

Pineau des Charentes is traditionally enjoyed as an aperitif, however in recent years it has evolved and is now also used as a base for cocktails and mixed drinks. Due to its versatility, Pineau can also make an excellent pairing to a wide range of cuisines.

Where can I buy Pineau des Charentes?

Pineau has not gone global to the same extent as Cognac, it is predominantly popular in France. However, Pineau’s international popularity has begun to grow and it now has a presence in countries such as Belgium, Canada and the U.S. Find here a great selection of Pineau des Charentes. 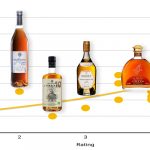 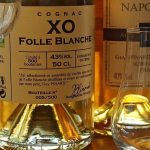