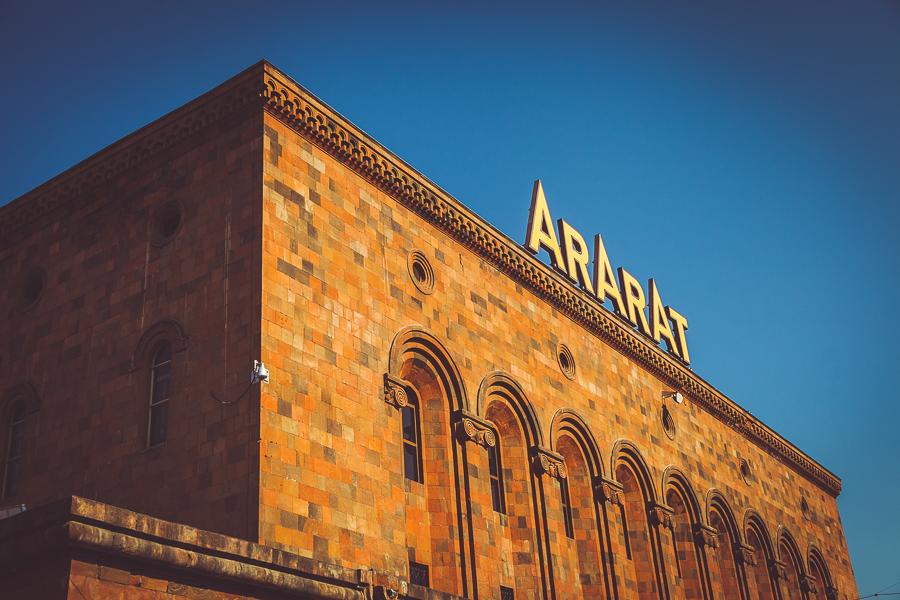 All About Armenian Brandy: Delicious, but it’s not Cognac

Before we start we need to make one thing crystal clear. While Armenian brandy is popular (and can be excellent) it’s most definitely not Cognac. To carry this name a brandy must undergo strict production regulations, the most obvious being that it’s made from grapes grown within the legal Cognac appellation region in France.

We delve further into the intricacies of what’s necessary to qualify for the prestigious label of Cognac in our article, Why is Cognac Called Cognac? But for now, let’s take an exciting walk into the unique world of brandy from Armenia.

While it comes as no surprise to Armenians that their brandy is highly rated, the rest of the world is only just waking up to the concept. Wine making in the country can be traced back over 6,000 years—although much of the history is blurred and legend and fact are gloriously intertwined.

We particularly like the fable that Armenian brandy began its story when the first grape vine was planted at the exact location on Mount Ararat where Noah’s ark came to rest after the biblical flood.

It’s not until the late 19th century that we can determine for certain the fascinating story of Armenian brandy. The first factory—the Yerevan Brandy Company—was set up in 1877 by entrepreneurial cousins, Nerses Tairan and Vasily Tairov. They had both studied the art of winemaking in France and brought the concept of double-distillation to Armenia. Two decades later it was purchase by Russian mover and shaker, Nikolay Shustov.

Renamed Shustov and Sons, the company took full advantage of the Russian love for Cognac, bringing Armenian Kanyak (or Konyak) to the tables of influential figures, such as Tsar Nicholas II.

So ambitious was Shustov that he sneaked a sample of their finest wares into the blind tasting competition at the 1900 Parisian Cognac Exhibition, labeling it simply, Fine Champagne.

The judges were so impressed that they gave Shustov the right to label his products as Cognac, even though they weren’t produced in the Cognac region.

Sadly (for Shustov, at least) this privilege was short-lived, and was revoked a few years later. Today they can’t even use the Russian term of Kanyak to label their brandy (as this is a direct translation of the word Cognac). The Armenian government appealed this in 2013, but were turned down—hence today they can only sell it under the name of brandy or Armenian brandy.

From Provincial Drinking to Global Recognition

The business acumen of Shustov certainly can’t be denied. It’s alleged that he sent associates to luxury restaurants around the world and had them demand to be served Armenian (or Ararat) brandy . Of course, most establishments didn’t stock this, so forcing restaurant owners to find a source to buy. This, naturally, increased recognition and demand—something every marketer of today will recognize as a shrewd business play that was way ahead of his time.

The draw of the brandy increased, with legend stating that it was served to UK wartime Prime Minister, Winston Churchill, during the 1945 Yalta Conference in Crimea, Soviet Union. It takes little imagination to picture this stalwart of western history puffing away on his trademark fat cigar, Armenian brandy in hand, as he, Stalin, and Roosevelt discussed the post-war reorganization of Europe and the wider world.

Fast forward to 1998, when the Yerevan Brandy Company was purchased by drinks giant, Pernod Ricard. By then the spirit was being exported to at least 30 countries and was a matter of national pride. This led to a not-insignificant protest by the Armenian Parliamentary opposition that the $30 million (USD) price tag agreed was grossly unfair. However, it was to no avail, and YBC officially became Pernod Ricard property on May 25 1999.

Already much-loved in Russia, marketing began in earnest, and Armenian brandy began to gain a further foothold with discerning liquor drinkers around the globe.

Armenian Brandy: Similar to Cognac—but not quite

Much as France delights in the uniqueness of Cognac, so Armenians have the same passion for their brandy. Let’s start by looking at the heart of what makes this much-loved Armenian product—the grapes

One of the most important aspects is that the grapes used to produce Armenian brandy are all indigenous. While hundreds of different types are cultivated in the country, those used to make brandy are limited to a handful of specific varieties.

Rkatsiteli (a Georgian variety of grape)

Voskehat grapes are notoriously hard to grow successfully, due to their fragility and susceptibility to disease. However, their aromatic depth is much sought after, making it the gold standard for the best eau-de-vie used to make Armenia’s treasured brandy. Bouquets range through minerals and tropical fruits, right through to the spicy, warm end of the spectrum, depending on environmental factors, weather, soils, and—of course—the skill of the distiller.

The grape harvest takes place in the fall, when thousands of farmers set to work picking and pressing grapes. The process is gentle, so to limit damage to the skins. The resulting wines are aged in old Caucasian oak casks. Much the same as Cognac, these are placed in dedicated cellars to allow Mother Nature the time and serenity to work her magic, until such a time that the resulting brandy is deemed ready for bottling.

This particular type of oak (which is also known as Persian oak) is said to be the reason Armenian brandies boast delicate aromas of dried herbs and fruit, along with chocolate and the mineral elements that they’re renowned for.

The vineyards of Armenia

The vineyards are typically rural, many of which are owned in relatively small plots by artisan winemakers. In the same way as Cognac has suffered (although some may say benefited) from the double-edged sword that is the success of their product, and the resulting purchases by the larger brands, so Armenia’s local winemakers are undergoing the same fate.

The combination of widespread poverty and a lack of familiarity with the never-ending march of international consumerism means that many of the farmers have been tempted to sell their land to bigger companies. Here at Cognac Expert we champion the craft and micro-producer, and in Armenia the wine consulting firm, WineWorks, carries a similar banner for their small wine and brandy farmers.

The country’s vineyards benefit from dry warm summers and cold snowy winters. Around 20 million liters (5.7 million gallons) of brandy are produced each year and, in another resemblance to Cognac, around 90% is exported.

While Cognacs use the official qualities of VS, VSOP, XO, and XXO to define them, Armenian brandies have their own terminologies. These are:

Ordinary brandies have been aged for a minimum of three years and Branded are aged for six years or more. They also have stars on the label that correspond to the age of the liquor.

To qualify as a Collection, the brandy must be produced from a Branded eau-de-vie and then further matured in oak barrels for a minimum of another three years. It’s also very common to see Armenian brandy with age statements, such as 5-year, 10-year, 20-year, etc.

Much in the same way as Cognac, it’s generally deemed that the older the brandy the higher the price tag. An average bottle of good quality Branded Armenian brandy that’s been aged for around 7-10 years (and purchased in Armenia) would be between $30-$50. A younger bottle of Ordinary Armenian brandy can be purchased for as little as $10.

A Word About Fakes

Sadly, the Armenian brandy market is flooded with counterfeits—in fact, it’s one of the most faked products in the country. This means that purchasing should be carried out with a healthy dose of due diligence—in other words, only buy from reputable sources.

The best known brands of Armenian brandy are A.K.Z., Ararat and Noy (with the latter both being part of YBC). Another lesser-seen label is that of Kilikia, who has adopted the definitions of VSOP and XO for their offerings, alongside the age statement and stars that are required when labeling. Outside of the country itself it’s highly unlikely to find any other branded Armenian offerings.

Even with the marketing push and desirability of Armenian brandy, it remains an elusive addition to most people’s liquor collections. The worry of fakes naturally contributes to the wariness of consumers outside of Armenia. However, if you can get your hands on a reliable source, there’s no denying that it’s a taste sensation worth exploring.

Have you tried Armenian brandy? If so, let us know your thoughts. Do you like it? Hate it? Or are you now a fan? As Cognac aficionados, we’re certainly not going to change our allegiance, but there’s nothing to stop us appreciate the intricacies and skills of brandy makers from around the world. So let’s embrace this historic brandy and, if you’re lucky enough to own a bottle, enjoy the contrast it offers to our own home-grown, and much beloved, eau-de-vie. 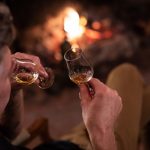 5 Insights From Our Cognac Lovers Group

{"cookieName":"wBounce","isAggressive":false,"isSitewide":true,"hesitation":"","openAnimation":"fadeIn","exitAnimation":false,"timer":"","sensitivity":"","cookieExpire":"","cookieDomain":"","autoFire":"","isAnalyticsEnabled":true}
Summer Cognac Sale & Amazing Prizes to be Won: up to 20% OFFShop now
We use cookies to ensure that we give you the best experience on our website. If you continue to use this site we will assume that you are happy with it.OkPrivacy policy