Ukraine confrontation: Country wants to get paid for not using term “Cognac”

The word “Cognac” is a registerd trademark, a geographic name. As you know, the brandy comes from Charente, France.


The minister denied to give up names like Champagne and Cognac:

“We found the rationale that we can produce products under these names. It is envisaged that if the country, prior to signing the protocol on free trade zone, had produced products under those or other names for more than 10 years, it largely can continue its production. If the European community will insist, and we will have to make concessions, we will require material and financial compensation.”

Come on, people! Of course the European union must react. What kind of deal is this supposed to be?

One would never ask the Ukranian government to stop their brandy production, but just the name – it’s the European law so deal with it.

We had a look what you find, regarding the subject, for example an “Ukrainian cognac” called “Greenwich” and another one called “Buchach”.

So let’s have a look at the Greenwich Cognac:

First off all it’s the cash-cow product of beverage company Ukrsirovina. It was introduced to the market in 2007, and today it’s the No.3 in the national market.

The brandy is produced at the plant of OJSC “Zeleny Gaiy” in Voznesensk, Nikolaev Region.

The blend consists of Spanish spirits, there are differenty product varieties such as Greenwich 3 stars, Reserve and 5 stars. There are even limited edition “cognacs”: Greenwich Gold Reserve and Special Reserve.

On the website of the distribution company, they keep on saying ‘Cognac’ in every line. Unbelievable.

Here is a reaction of a reader:

The article is bullshit. The worst “Ukrainian cognac” was chosen for illustration. “Tisa” from Transcarpathian region of Ukraine blended of Ukrainian spirits 6-10 years old tastes on one level with some French expensive brands.

Moreover, Ukraine is not a part of European Union. Ukrainian citizens are treated in EU embassies like garbage, so why Ukraine should listen to and respect EU directives…? Just don’t play double standards. 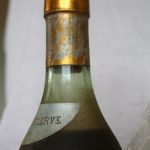 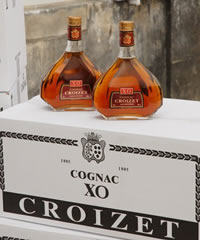