The town on Cognac is in the Poitou-Charente region of France.  It’s a beautiful, medieval town with narrow, cobbled streets and elegant, historical buildings.  Of course, Cognac is most famed for the drink which has been created in this area since the 17th century, and world famous names such as Remy-Martin, Courvoisier and Hennessey who all rub shoulders in this most beautiful area of western France.

The history of the town prior to the 9th century is pretty much a mystery, but it was around this time that the town was fortified.  It has seen a huge amount of fighting and battles throughout the years, and during the slightly confusingly named ‘Hundred Years War’ which lasted from 1337-1453, the town changed sides on several occasions.

In the 16th century, King Francis the First granted the town the rights to trade salt along the river Charente.  This heralded the beginning of the town’s commercial success which then led into the development of producing wine.  Eventually this moved onto the brandy for which the town is so well known.

In fact, King Francis the First was born in the town’s castle in 1494.  He succeeded to the throne in 1515, but never forgot his roots.  He was a frequent visitor to Cognac throughout his reign.  The town’s main square is named after him and a towering statue of the king on horseback still guards the gates to the castle.

During the 17th and 18th centuries, the salt trade began to diminish, and the trade in wine to flourish, aided by merchants relatives from throughout Europe – mainly from Holland and England.  However, because wine did not travel well by sea, the merchants decided on a different approach and begun to distil the wine.  This process saw the birth of the drink we now know as Cognac.The French revolution put a temporary halt to the export of Cognac, and it wasn’t until the 19th century that the trade recommenced with any great gusto.  During this time the town prospered, a fact which can still be noted today by many wonderful buildings and town houses of this period which still proudly line the streets.  The population grew as a result, although during World War One it again declined, in keeping with most other towns in the country.

But thanks to the production of the eau-de-vie, the town continued to thrive and move forward to become the beautiful and historic place that it is today. 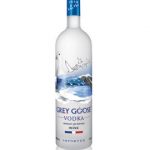 Grey Goose Vodka – from where?