Introducing a superb new feature – The Week in Cognac.

It’s always great to get the latest news on what’s happening in the world of cognac straight to your inbox. But hey – we know as well as anyone that sometimes the amount of traffic through your email can sometimes become overwhelming. So to help combat this, and to ensure that Cognac Expert continues to provide our loyal readers with the best news and information possible, we’ve put together this new feature.

Introducing The Week in Cognac

The Week in Cognac will be (as the name suggests) a weekly round up of what’s happened in the industry in the past week. You can expect the same great mix of news, gossip and subjects of interest as we’ve always provided – just in a weekly round up, rather than day to day. But naturally, should anything big hit the news, we’ll run a regular article on that as soon as it happens. That way you’re guaranteed to always be right to the minute with what’s happening out there.

So, with no further ado, here it is. We hope you like it.

It’s been a great year for cognac with 2015 producing a record harvest. Thanks to this, we could see production increase by around 10%, with an incredible 9,306,369 hectoliters of wine being produced last year.

The figures were released yesterday by the BNIC, who stated that the figures have well exceeded what was expected. This was despite the drought that hit the region in June and July. In addition, the grapes produced were high natural sugar and low in acidity – a great combination to produce eaux-de-vie. 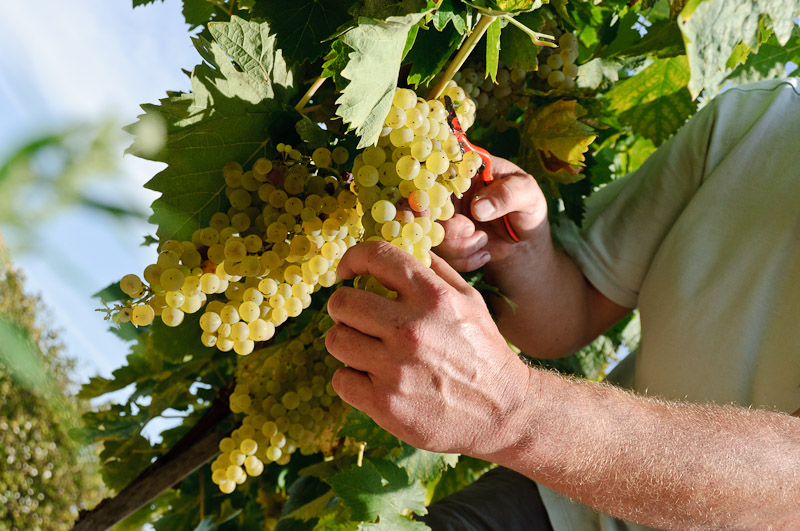 The yield itself is the highest seen for the last 10 years, at 126 hectoliters per hectare. This means that they’ll be no need for cognac producers to have to tap into the reserves held for seasons where production is poor due to poor weather conditions.

As you can see, the largest terroir in terms of wine production was Fins Bois, where 41.4% of the total was produced. Next was Petite Champagne with 22.1%, followed by Grande Champagne at 18.6%. Bon Bois produced 11.1%, Borderies 5.7% and Bois Ordinaires 1%.

2015 really was a year of records. Following the record harvest mentioned above, the amount of cognac sold also hit new heights – at a massive 2.6 billion euros! This is superb news for the industry, especially following the decline of the past few years (largely caused by the austerity measures in China, whereby the government clamped down on the giving of gifts in the corporate world).

The figure of 2.6 billion euros represents and incredible increase of 21.3%. This is partly thanks to the strong dollar against the euro. But when you look at the numerical levels, these too have greatly increased – by 8.5%. In fact, shipments hit the 169 million bottles level, thanks to both sales to North America (68 million bottles) and the Far East (51 million bottles). Sales to Europe have remained stable at 40 million bottles.

Out infographic below explains cognac sales for 2015 at a glance.

Now, we might be slightly biased, but we do think that Cognac normally is superior to all other brandies. And it seems that most of the world agrees. Because sales and trend figures just out show that out of the top 10 brandies sold in the world, 6 of them are Cognacs.

The numbers come from a report compiled by sales in the ‘World’s 50 Best Bars’. And the figures may surprise some of you. After all, everyone knows the names of the ‘big 4’ cognac producers (with Hennessy at number one, and Remy Martin, Courvoisier, and Martell nipping at their heels). 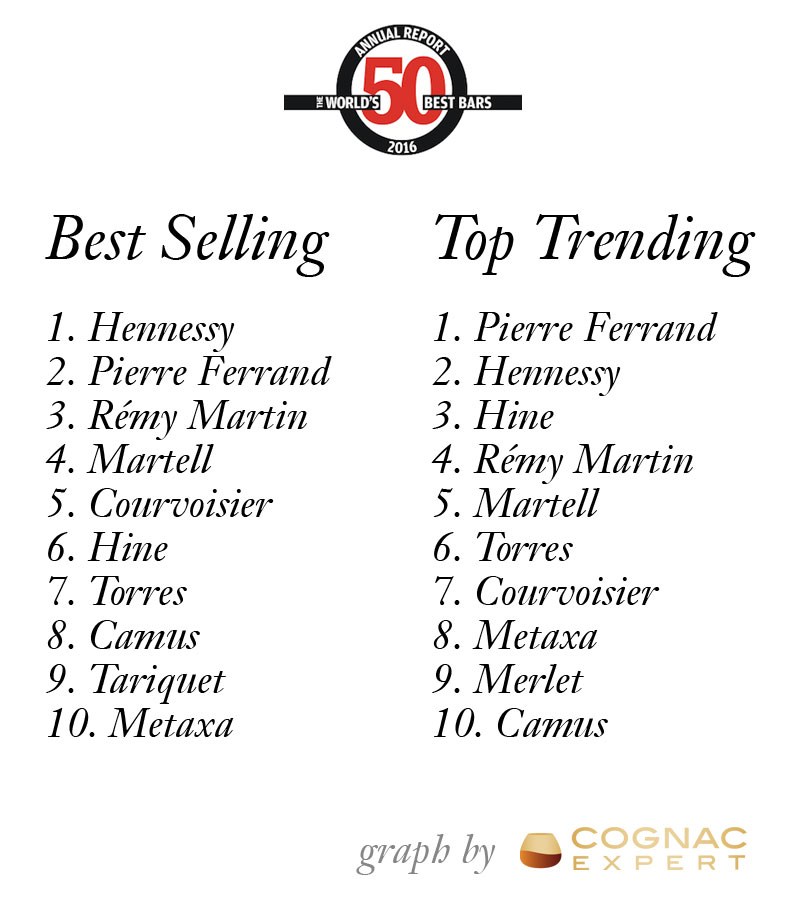 And yes, Hennessy was the top selling brandy in the report. But who came in at number 2? It was none other than Pierre Ferrand – firmly elbowing last year’s runner up, Remy Martin’ out of the way. Well we really wonder how that is possible… here is how they did the list. Specializing in old and very old cognacs (well they also released that “1840 recipe” Cognac), Pierre Ferrand collaborates with smaller scale producers to produce some distinctly excellent blends.

Not only has the annual report shown that Pierre Ferrand is proving itself to be a player amongst the bigger boys (especially in the US), but it’s also the top trending brand as well. In fact, there are already hints that it could topple Hennessy from the number one spot next year. But let’s look at how this was made: Ferrand has been very aggressive (and smart) with communicating in the bar & mixology scene. They earned that momentum. 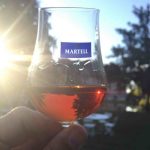