There are no rules to this next step in making Cognac, which is an exception in this over-regulated industry.

A chais, or ageing warehouse, as it is known in English, is, basically, a building where the Cognac producer stores the casks and produces the final product. Here comes nature again. The location of the chais is important because of the need for humidity, which affects the ageing of Cognac. Same producers such as Hine, Delamain, Tiffon, Courvoisier, Navarre, Otard, and Hennessy prefer higher humidity and place their chais near the river; others span the river (Cognac Gautier). Other chais e.g. Giraud, Bouju, are in small valleys to take advantage of the prevailing micro-climate; and yet others experiment with multi-level chais where the lowest level is underground e.g. Paul Beau, Jean Laval. It is worth mentioning that, until recently, same Cognac producers shipped their casks to special warehouses along rivers in England to obtain the maximum humidity far their barrels and thus the expression “early landed” is associated with this ageing technique. Although this is no longer practiced, the Delamain and Hine products of the “early landed” vintage era are of a very interesting quality. 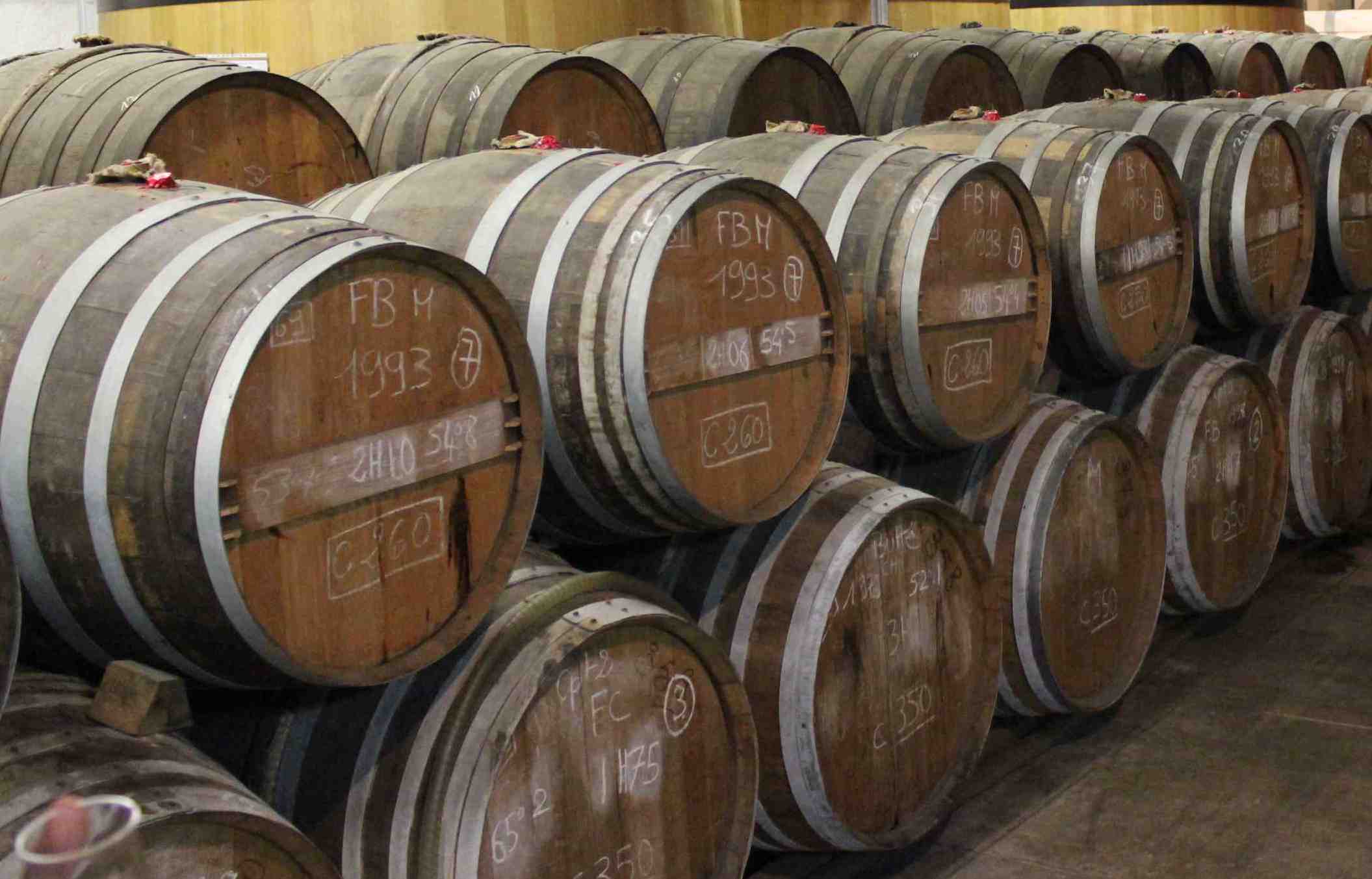 Old chais are low height buildings, while the modem ones are high structures built of metal. In the old chais everything is done manually, except for the walls which are blackened courtesy of Torula cognasiencis, a fungus that thrives on the humidity and vapors. Spiders’ webs are numerous (as these little creatures feed on the insects who, in turn, feed on the oak of the casks and, of course, unique aromas pervade the atmosphere.

These aromas are the result of seasonally-changing temperatures in the chais, which contribute to the evaporation process. Every year, each chais loses abaut 3% of its Cognac stock. Romantics call this “la part des anges” – the angels’ share – but the producers and their bankers have a rather different opinion.

Each Cognac producer has a slightly different process of ageing Cognac. Same use brand new casks to get a newly distilled eau-de-vie to react immediately with the tannins, The length of this first reaction will vary between six and eighteen months. Others approach it in a gentler manner, by using casks, which have already been acquainted with other eaux-de-vie, thus the tannins are less aggressive or more refined, as some would claim. 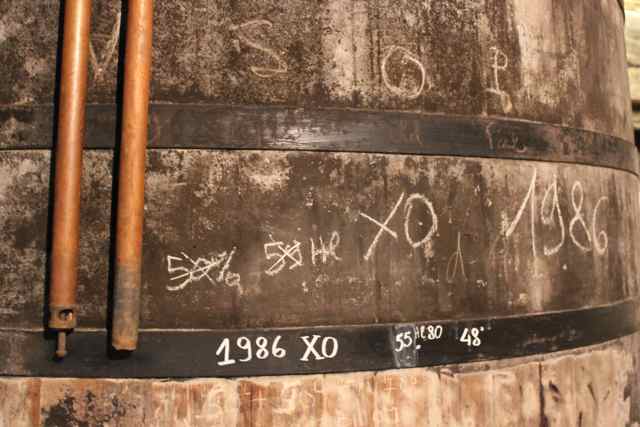 The important point is that, by law, Cognac must age in the casks for a minimum of two-and-a-half years, which causes some controversy in the industry. The people of the region are often referred to as les cagouillards (the snail-like) and they are thus known for their patience, as there is UD way to hurry Cognac. So while the eau-de-vie rests in the casks much is happening but, at a snail’s pace. The Cognac absorbs tannin (resulting in colour and taste development), the alcohol strength declines (by about one degree .. per year) and oxidation (its reaction with air) brings subtle changes to the chemical composition. The accepted wisdom in the region is that after fifty or so years in the cask, the Cognac reaches the end of its natural development, so at this point it must be transferred to glass bottles known as damejeannes (demijohns). As the economic demands on Cognac producers are significant, it is very’ rare today to wait fifty years before commercializing a product. However, there are Cognac houses, e.g. Frapin, Ragnaud-Sabourin, Martell and Remy Martin, who proudly guard the content of their dame-jeannes. Often, real fortunes are stored in these glass bottles.

What is going on during the ageing process

Let’s take a closer look into what is going on during the ageing process. An important moment in the ageing of Cognac arrives sometime between five and eight years in the cask. The most noticeable results are in the aromas, in the flavour of vanilla that has become a fixture, and the colour that has intensified, but the palate needs more time in the cask.

So it is during the next few years that the true character of Cognac builds. Areal complexity of floral and fruity aromas develops, the colour gets deeper and the taste becomes areal pleasure. When the Cognac gets past its twenties, a noticeable change in taste develops as a result of the further breakdown of tannin, giving it a touch of natural sweetness. During ageing, the Cognac producer may move the eau-de-vie a number “of times between different casks, a process that is tedious and thus practiced less and less. Those who blend (meaning mix eaux-de-vie from different crus, different ages and different distillations), all the major Cognac houses, for example, monitor their blends very carefully. 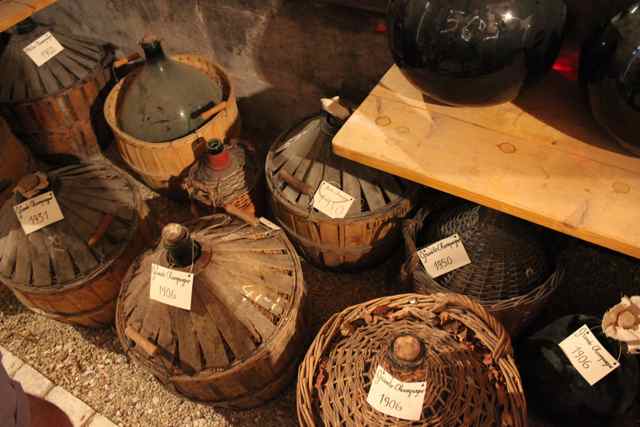 Blending is an art more than a science but, above all, it needs encyclopedic knowledge of what is in the casks and how eaux-de-vie interact. No wonder that the men in charge (regretfully, there are no women on this side of the business)*, the maître de chai (master of ageing warehouse, Of cellar master), spends some twenty years studying under another maître de chai. There are, of course, exceptions like Olivier Paultes at Cognac Frapin**; young, knowledgeable maîtres de chai who work magie with their Cognacs. Among many small Cognac producers, this knowledge is passed from generation to generation. However, an important distinction must be made here. Blending of different crus is one thing, but there is also, especially among small producers, blending of the same cru from the same or different harvests.

As in so many aspects of life, people want to accelerate certain natural processes. Cognac is not different, and some producers like to shorten the time of ageing. To do that they use a process called boise. It is a simple process of adding oak shavings, either natural, or in liquid extract or powder form.

The change is rapid: colour, taste and aroma quickly resemble an old Cognac but, in this instance, the old cliché that you cannot beat nature holds true. By using the boise process, the producer must also add sugar to balance the bitterness of the tannin. This process is legal and many use it to a varying degree; some make a small batch and then blend it in; some do it in larger quantities. There is basically nothing wrong with such a Cognac, except it will lack the complexities that are unique to a naturally aged Cognac.

All of this should not be confused with Cognacs that are naturally woody (confusingly, also “bois”‘), with no additives used to speed up their ageing. To appreciate such a Cognac, you need to try Daniel Bouju‘s magnificent Cognac Royal at 60° or his Fût de Brut at 50°. All made naturally, these deep brown Cognacs with fabulous aromas and a special taste are truly unique. It is worth repeating here that Cognac is a very personal taste, but a taste that, once acquired, is never forgotten.

Please remember: the texts of this series are from 1999.

> Stay tuned for new chapters of Mac A Andrew’s cognac guide! See all articles of the Mac A Andrew Cognac Guide Article Series 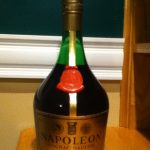 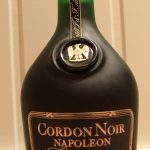 The Next Important Step – Cognac Guide: The Oak Barrel 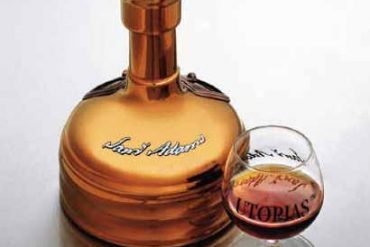