80 years ago, a rare Cognac barrel fell from a ship: Somewhere between America and Europe. No not quite. The story goes slightly different:

A Norwegian ship arrived at Bordeaux some days ago. 164 Scandinavian tourists and an old Charentais Cognac barrel. While the passangers took advantage of a morning tour in the centre ville of Bordeaux, the huge cask was carefully removed from the ship.

In April 2009, Cognac brand Braastad (a family of Norwegian traders established in Jarnac, Charente) sent the barrel around the world: A year traveling the globe. These 350 liters of eaux-de-vie have crossed the equator four times, in the waters of the Arctic, Cape Horn, around the South Pole, before returning to French soil.

“Initially, the cask was hung on the upper deck, open air, but American officials have ordered the crew to hide in the ship.”

Bordeaux was the last step before returning to the Braastad cellar, in the heart of the Charente vineyards. The Cognac will stay in the barrel before being bottled in six months.

“I think this cognac XO will have a particular taste. The surge has improved oxygenation, whereas the differences in temperature must have accelerated the aging of the eaux-de-vie.”

The cask is placed into a truck and Richard Braastad vanishes. Off to Jarnac.
Well.. the question remains: is this just a marketing gag – or – will this journey really have influence on the Cognac? 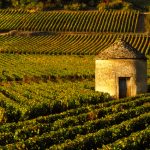