Forget about vodka… Because Russian investors have been turning their attention to Cognac. Corporations are trying to take over traditional French family-run companies in the Cognac region. Are the Russians finally conquering the Cognac market? As the matter stands, Russian participation in the business has a long-standing tradition and they are planning to cover rising demands in their home country.

According to Russia’s national statistics agency, the spirit sales of premier wines and spirits were at $35 billion in 2005. Analysts talk about the “market of the future” when it comes to alcohol products. Incidentally, the Russians think that Cognac is a symbol for the good life and apparently they just can’t get enough of it.

Russians have always been great consumers of eau-de-vie: Tsar Nicolas II used to hunt white bears together with Gaston Camus to drink a good glass of XO afterwards. And the stories of the famous author Dostojevski features countless Cognac drinkers.

Cognac Sales in Russia went up by 600% in only 7 years. This is indeed quite remarkable.And there is a reason for this: Russians are very interested in French culture. Russian imports went up by 37% in the last two years, of which 60% were high quality products such as XO or Vieille Reserve products. About 5 million bottles were shipped to Russia recently, while in 1999, for instance, only 630.000 bottles per imported.

The Russians, however, are no longer satisfied with simply buying Cognac. They come to the Cognac region, to Charente, for more… Today, around ten local Cognac producers have been acquired by Russian companies. Private jets are landing more frequently at Bordeaux airport to churn out potential Russian investors visiting the Cognac vineyards.

Like the Bordelais, Bordeaux’s world-renowned wine growing area, the Cognac region is getting more and more attention from Russian investors: acquiring vineyards, distilleries, cognac houses. The first transactions happened in 2004, when a Vodka corporation took over a distillery and about 32 hectars of vines of the Domaine des Broix in Touzac. The reason was to position a high-class Cognac on the Russian market. In 2006 MVZ buys Jenssen Cognacs in Bonneuil – for 3.5 million euro. And more followed.

Are Russians the new industry giants?

Cognac Croizet was acquired by Russian Wine Trust, a  Muscovite producer. Wine Trust is an importer and distributor of wines and spirits in Russia. This seems to be the first significant acquisition of a Cognac producer by a Russian investor. A smaller producer, a Domaine in the Grande Champagne zone, was acquired earlier by the same company. Wine Trust is already controlling another Cognac house in the Fins Bois area and have bought the vineyards of Lajsson in Sireuil and now renovating the château.

The owner of Russian Wine Trust, Vadim Varchavski, is a respected business man and part of the Douma, the Russian parliament. Varchavski said, “the French are really slow – the work on the contracts has been going on for half a year, apparently those people spend their time in restaurants. The negotiations took so long, I was really shocked.”

“We are delighted to announce that Cognac Croizet has become an important part of our fast-growing portfolio of wine and spirit brands,” says Wine Trust Chairman Marina Selivanova. Croizet is a Cognac producer that was in family hands for two centuries – until Wine Trust took over in 2007.

“Some people drink Cognac with Coca-Cola”

“The acquisition by Russian Wine Trust will enable Cognac Croizet to expand its business in Russia, Europe, America and Asia where we have other commercial ventures. We have very ambitious goals for Cognac Croizet and the means with which to turn our dreams into reality. It is a new beginning,” Selivanova said.

The deal includes 58 hectares of vineyards in the Grande Champagne as well as offices situated in St Même-les-Carrières. Also four alembic pot stills, two bottling lines and a stock of eaux-de-vie, including an unkown amount of old vintage Cognacs. So, the Russians come to Charente to produce basic elements for their ‘brandy’ and some small amounts of Cognac: 60% of production capacities is used for producing ‘brandy’ at Croizet-Eymard.
It is said that Croizet will have control over the production processes. Cognac Croizet Commercial Director Tim Banks pointed out that Croizet is looking to expand their business with established consumers and will cooperate with distributors of the key markets. Locals are worried about the “Russian Invasion” but Selivanova says that everyone has been really welcoming, that she actually loves living in France.

Concern in the Cognac region

It’s not always easy to invest in the region of Cognac. Here is one example: It’s summer 2007, nice weather, a yacht in Montenegro. Jean-Dominique Andreu (from A. de Fussigny) shows Valeri Zadorine something on his mobile phone: On the screen is the Cognac house of A. de Fussigny, in the middle of the Charente Cognac country. And they seal the deal, 50% of A. de Fussigny is now in Russian hand. Zadorine controls the second biggest Russian brandy corporation, called Aroma. In September, Valerie Zadorine visits the region for the first time. Of course there is a gala, a nice dinner and important meetings.

So what happened?
The joint-venture opened a bank account at the Banque Populaire Centre-Atlantique: The parties signed the contract and asked for an investment credit amount of 400.000 Euros – but it was refused by the bank. The bank then sent some forms, documents etc. demanding information. Finally the Banque Populaire closed the bank account again. A. de Fussigny went to other banks in the region, but they got rejected by everyone. The banks were afraid that the Russian investor was about to launder his money. Finally the Cognac house found partners in the Parisian area: Barclays, Fortis and Crédit du Nord. Furious about this ‘discrimination’ and ‘anti-investor attitude’, A. de Fussigny even contacted the Banque de France, the prime minister and even the French president.

Valery Zadorin later on commented: “Russia will be closer to Europe in the future and we simply need quality on our market. People don’t trust our money? Well, we think the same about French investors when they come to Russia!”

So, Russian capital in Charente is not always seen as a nice business opportunity because the relationship between Russia and France regarding Cognac is more than complicated.

In Russia, it is legal to sell brandies under the name of « коньяк » – Konyak. For the Russians, Konyak is a general name for brandy. And if Russians speak about Cognac they actually call it “the french Cognac”. But it’s more complicated than that: The Russians also buy spirits which go by the name of Бренди – “brandy”. But those “brandies” are not all distilled from wine. As this is more or less a naming issue, there are heavier problems.

Sources say that the Bureau national interprofessionell du Cognac (BNIC) had (or perhaps still has) strong concerns about the Russian ‘invasion’. Apparently the big Cognac houses put some pressure on the BNIC. Today, the Cognac vineyards are no longer controlled by Charentais families – that time is over. Within two years, Russian companies got more and more into the game – acquiring cognac houses and vineyards. Some people fear that the Russians will start producing cheap brandy in Charente.

Rule No. 1: Cognac is only produced in this particular region of Charente. The spirit has to be stocked at least two years in the region and nothing else must be mixed with the eau-de-vie. But in Russia, Cognac is not even a protected brand. Cheap ‘Konyak’ can be found everywhere.

In 2007, police found 54.000 empty bottles in Finland, labeled “Cognac” and “Produit de France”. Appartenly those empty bottles were about to be shipped to Aroma – to be filled with fake Cognac. They all got destroyed.

Antoine Cuzanges, who worked for the BNIC and the cognac house Camus, thinks that the region’s attitude is extremly conservative. Cuzanges underlines that people had the same fear when Canadiens bought Courvoisier in 1964 or when Japanese Suntory acquired Royer in 1988.

Even if Russia imports ‘Konyak’ from Armenia and Moldavia, the country is still turning into one of the most important consumer markets for Cognac. They take rank 7 on the international list of Cognac importers. Some people say that the Russians are even important for the region, spending money and making the Cognac business more dynamic. It’s still to be seen, what effects the ongoing Russian investments in the region will have. 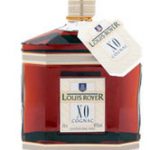 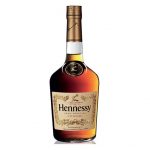