Cognac Expert reported about Russian take over investments in the Cognac region, France. Now, there is a new development with one of the Russians involved in estate acquistions:

It actually happened in mid-April but had not previously passed the Russian borders. Armen Eganyan, the co-owner of the Kin group, that has invested in the Domaine de Broix in Touzac, was arrested by the police in Moscow on April 7th. 48 hours later, Mister Eganyan was released against a deposit of 15 million rubles, about 400,000 Euros.

According to Russian newspapers, Armen Eganyan is accused of a major financial fraud. His lawyer explains, that it’s all about a battle for ownership that would have led to the arrest of Armen Eganyan. Last year, Russian authorities transferred 43.07% of the Kin Group to another consortium, that was recently created and heavily supported by the Bank of Moscow.

Armen Eganyan tried to work against the creation of this consortium – and that apparently was the real reason why he was arrested. Let’s see where this is going. 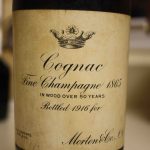 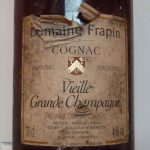