+++ UPDATE +++ As www.examiner.com reports, the temporary arrest could cost T.I. his sponsorship deal with AXE.

Is this what Rémy Martin wants? A rapper that came out of prison, saying he has changed and now gets arrested again?

T.I. (Clifford Harris Jr.) and his wife Tameka Cottle were arrested on August 2nd: Law enforcement sources told TMW that Sheriff deputies pulled the rapper and his wife in a Mayback on Sunset Boulevard around 10 PM – deputies report they smelled marijuana.

Ah! Rémy Martin’s image is supposed to follow this direction? Come on, a spokesman represents a brand like nothing else. It’s a living brand commitment, a walking marketing activity.

The police officers searched the car and found a controlled substance, not cocaine, but a drug like methamphetamines or ecstasy.

The couple just got married end of July in Miami, and T.I. is basically just out of prison, and on probation after doing 7 month on federal weapons charges.

Law enforcement report that both T.I. and Tameka were ‚busted’ for felony possession of a controlled substance. Both of them were release at 4 AM in the morning, the bail amount of 10,000 USD must have been payed by someone.

What about Rémy Martin?

Well, let’s think about this: Rémy is well aware of T.I.’s criminal background (and that’s something we can assume) and now that! Either Rémy Martin is totally naive and did not expect such a thing, and now get their brand influenced by such actions – or they actually count on such happenings.

Their target group will probably not be entirely shocked, as it’s rather urban, nightlife hiphop lovers – so probably it’s exactly what they want: A ‚real’ player that is at the border of legal life, or even crosses limits some times.

We haven’t heard a lot since T.I. announced the partnership with Rémy, only that there will be a special edition with T.I. – and that he signed some bottles. He didn’t even play a role in the Rémy Martin „V“ launch.

Is Rémy really going for T.I.? Or will they change their mind?

Snoop Dogg and Landy on the other hand announced the partnership, and we saw first results rather quickly: a video on youtube with Snoop drinking Landy Cognac, and Landy bottles in his upcoming video clip. Snoop Dogg is a musician, who always communicates his marihuna consumption, it’s part of his brand.

T.I. as spokesman: Fail or success

Snoop’s and Landy’s announcement was done after T.I.’s Rémy Martin announcement. Is Rémy & T.I. the slower team or what is really happening here?

At the end of the day it’s like that: Rémy Martin wanted a gangsta rapper, now they have one. Either a total fail, or a perfect success. 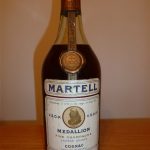 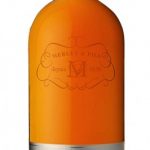