As part of our range of educational Cognac articles, we invite you to join us as we explore a Cognac phenomenon that’s shrouded in mystery— that of rancio. This is a topic that is very much open to interpretation and never fails to spark a lively debate amongst connoisseurs. Indeed the mere mention of the word will evoke a lengthy discussion and an array of opinions that are undoubtedly best shared over a thorough Cognac tasting session.

The basic premise of rancio or, to be more precise, Rancio Charantais, is a characteristic that gradually develops during the aging process. The word is used to describe certain aromas, flavors, and mouthfeel that only begin to become apparent after eau-de-vie has spent a lengthy period within oak barrels—anywhere from 10-20 years is considered to be the point at which rancio begins to evolve. The longer a Cognac remains in oak barrels, the more intense the rancio becomes. 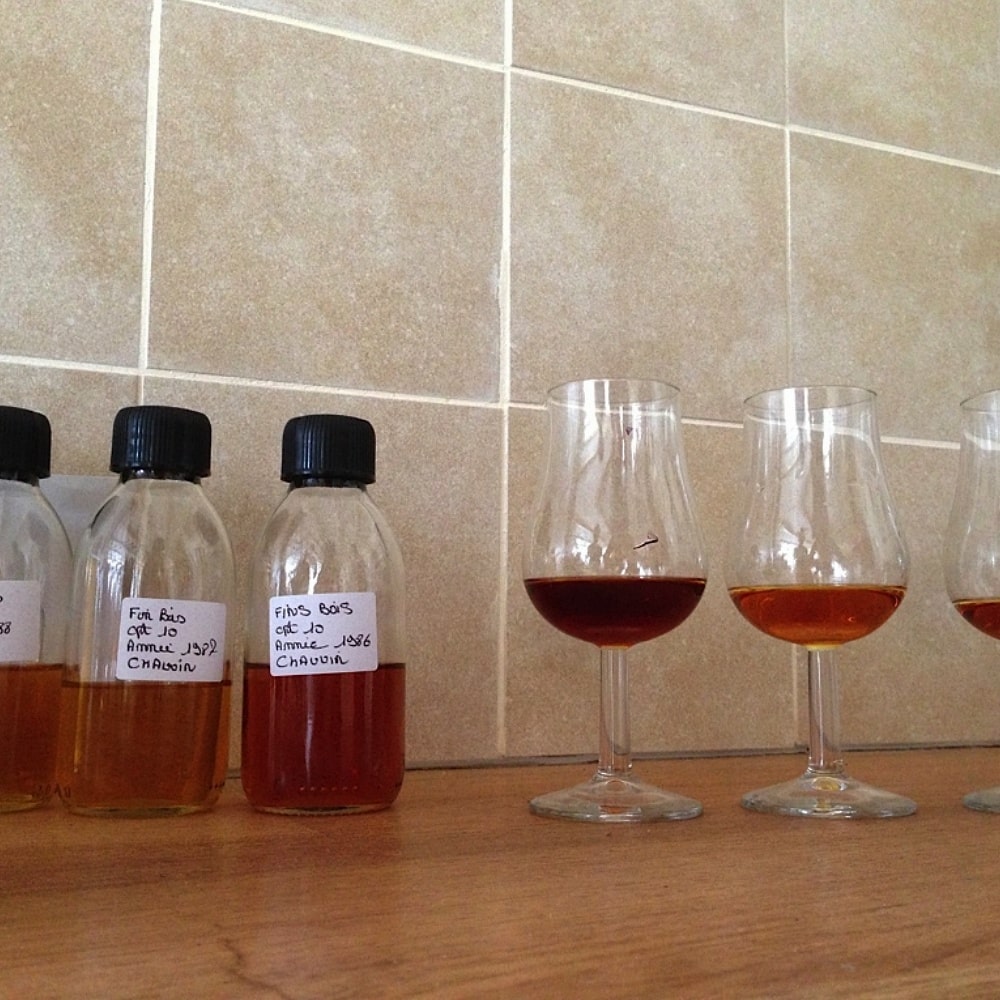 The word itself comes from Portugal and is used to describe the characteristics of port wine as it ages. Rancio Charantais is specific to Cognac, and you might also hear it referred to as Charente Rancio.

The word is also used to describe a certain flavor found in brown, wood-aged, and heated fortified wines, for example, the Madeira.

The aging process of the brandy in an oak barrel is what produces the hallowed phenomenon that is rancio. The tannins found in the oak are gallic tannins which transform due to oxidization, producing carbon dioxide and also ketones, which are naturally sweet, similar to glucose. These ketones blend with the aromas of the Cognac to produce notes that many describe as earthy, mushroomy, nutty, or even buttery.

The taste of rancio is dependent not only on how long the Cognac ages, but also on the type of wood used. Limousin oak is favored for Cognac barrels as it has large pores and therefore is richer in tannins, whilst Troncais oak has very small pores, making it more suitable for wine or American cellars. 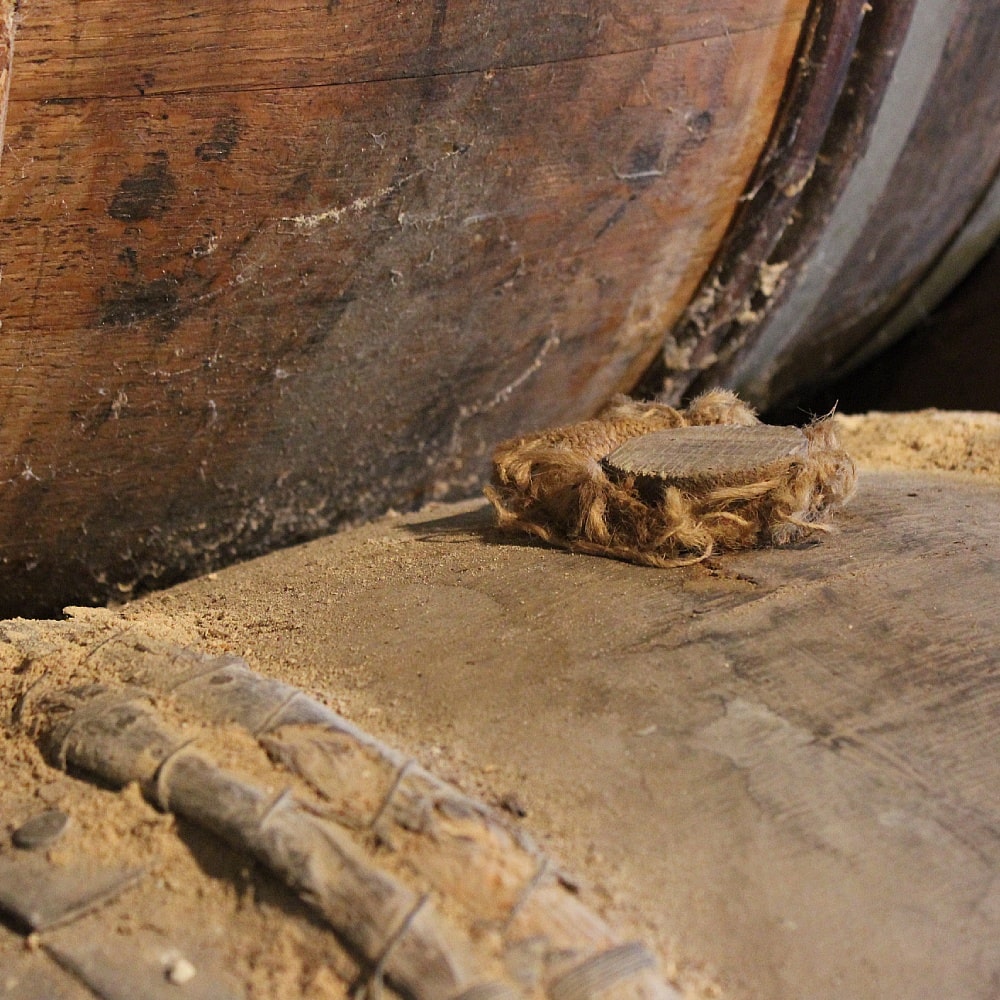 The key aspect to understand about rancio is that, because no two people’s nose and palate are the same, we find a plethora of descriptive words used to describe it.

Cognac that has aged for an extended period of time not only develops a rancio flavor, but also changes considerably in color. This change in color does not occur due to the gallic tannins that the rancio stems from, it instead comes from the lumina which is found in the composition of the wood. Depending on how long the aging process lasts, the lumina will give initial colors of yellow, then dark yellow, and then later a little red to the Cognac. Rancio follows this same evolution, but applied to the perfume of the Cognac. Just as rancio is noticed in the taste, lumina is noticed in the color.

The 4 distinct stages of rancio

While you might find some differing opinions as to how long a Cognac needs to age before rancio becomes apparent, it’s generally accepted that there are a number of stages. Another important aspect is that while humans can only taste five distinct profiles (sweet, sour, salt, bitter, and umami), we can smell tens of thousands of different aromas. Therefore the concept of rancio is perhaps better noted on the nose than on the palate.

So let’s take a look at the different stages of rancio.

Stage 1: Known as early-rancio, this stage can start to evolve from 10 years of aging onwards, although it’s perhaps more typically found after 15 years or so. Some experts might even consider early-rancio to be found in Cognacs up to 30 years old. As we said, this is a subject that’s truly a matter of personal interpretation.

During this stage, rancio is dominated by floral, nutty, dried fruit, and spicy tones.

Stage 2: From 20-30 years of aging. During this period, rancio begins to evolve further into earthy, mushroom, and more pronounced spicy tones—think curry, saffron, and ginger, as well as more intensity of dried and candied fruits with an undertone of soft, damp forest earth. 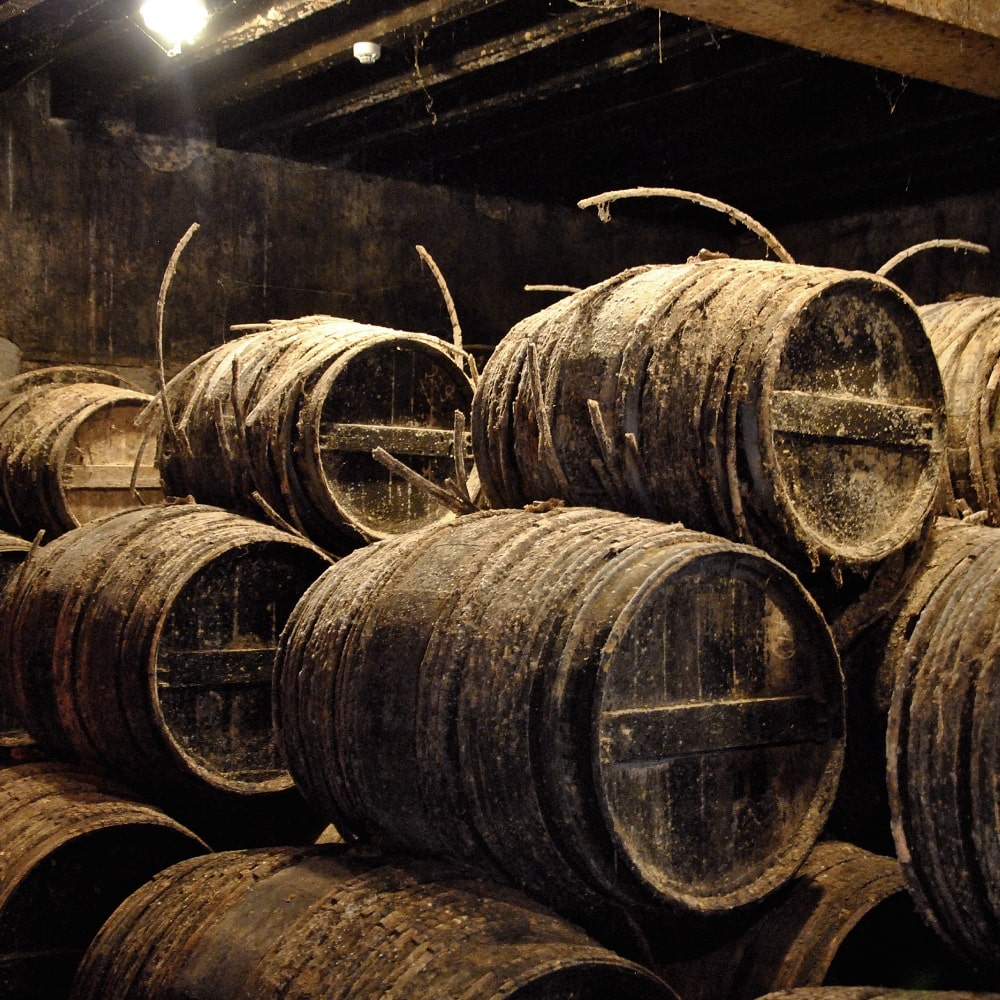 Stage 3: This is where the magic really begins to occur. From 30 through to 40 or even 50 years the complexity intensifies. Pungent, increasingly spicy notes emerge, as do the smoky tones of a cigar box, tobacco, cedar, old tawny port, and muscat wine.

Stage 4: Now we arrive at the revered personification stage of rancio. From 40-50 years onwards the evolution is nothing short of miraculous. Prepare to be transported to tropical shores, where aromas of overripe tropical fruits, lychee, passion fruit, and sandalwood mingle with that of walking into a grandiose property of yesteryear, where the gentle aromas of library shelves filled with old books and the polished leather of aged horse tackle on display pervade the air.

As you can see, the concept is a complicated one. However, when trying to determine rancio when you enjoy old Cognacs it might help to group the aromas and flavors into the following categories: 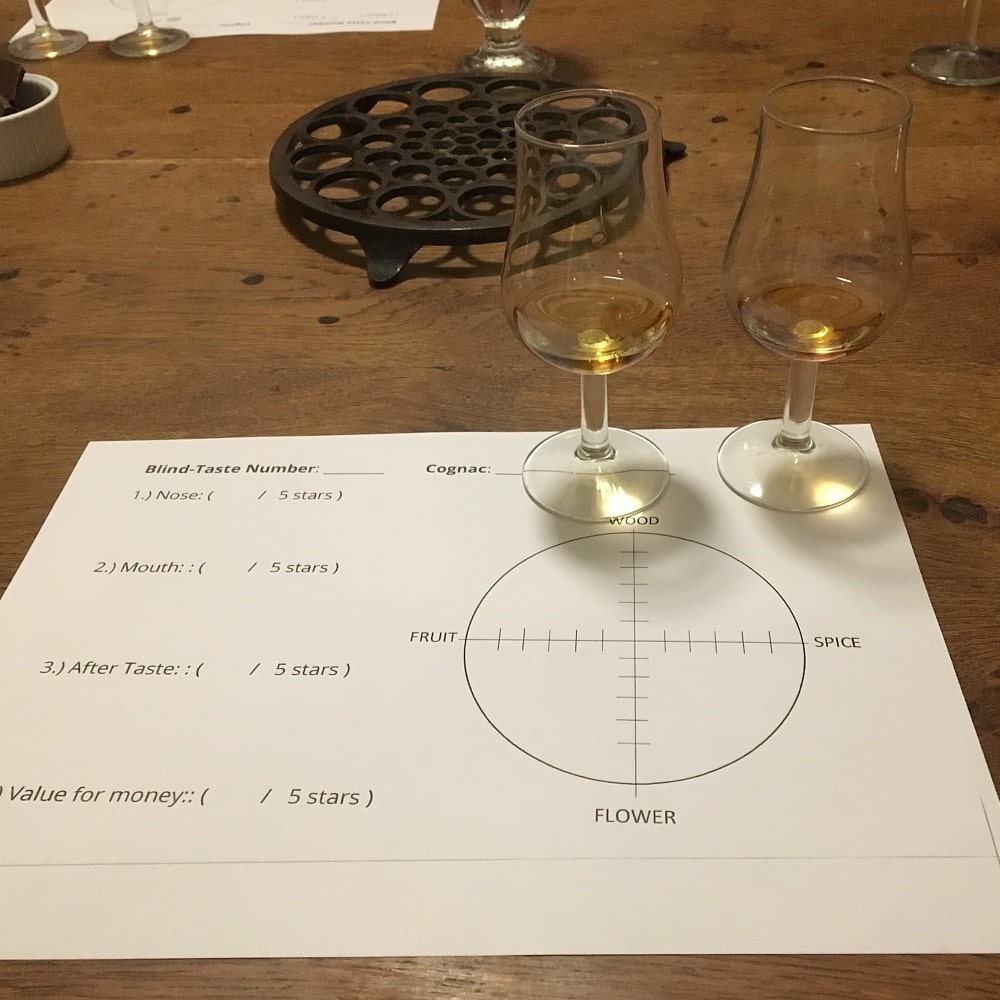 If you are intrigued to find out more about all the different aromas and flavors that exist within the realms of Cognac then head over to our page, ‘What does Cognac taste like?’ for an in-depth analysis of all that the French brandy has to offer your palate.

Rancio in Cognac: We ask the experts

Of course, with something as subjective as that of rancio, it’s essential that we understand what some of the leading figures in the world of Cognac have to say. We contacted three experts from the houses of Prunier Cognac, Bertrand Cognac, and Jean Luc Pasquet Cognac and posed them the following questions:

What does rancio mean to you?

How would you describe the taste of rancio?

Which of your Cognacs provide a great example of well-developed rancio?

This is what they told us.

It is a tricky question, what is the rancio?

I started to taste Cognacs over 40 years ago. Back then, when people described rancio, I wasn’t able to give a clear definition. To me, it meant something old, woody, and deep. Now, I can describe rancio as an end of a very good evolution of a Cognac aged in good conditions (humid cellar).This is a combination of finesse, aromas of wood (oak combined with beeswax), the smell of a forest during the fall, and very deep complexity. For me, it’s more of an impression than a taste or a smell.

Rancio is a tasting note a bit more rare to find.

It is found in very old cognacs. It is what you smell when you open the door to a cellar full of old Cognacs. (A mix of humidity from the mushroom, the old wood barrels, and the evaporation of old Cognac).You will find different explanations to it but it’s my way to describe it.

Our Bertrand Heritage Limited Edition Cognac has the perfect definition of rancio. It was tasted by several bloggers/wine tasters and they all said the same.

For me, rancio is that buttery smell, taste, and mouthfeel that comes with older Cognacs that have been distilled on the lees and have not been chill-filtered.

Lees are the sediment from fermentation and contain the yeast, along with other solids, that are left in the wine. We have always distilled on the lees, like the house of Rémy Martin. Historically, Martell asks for only clear wine.

Since the lees were once living beings they contain fatty acids, which are not volatile, so they remain in the distillate. They oxidize during the lengthy maturation process, creating that specific Charentais Rancio typical of older Cognacs.

Our Pasquet Très Vieille Réserve contains eaux-de-vie distilled from grapes harvested on our property probably more than a century ago, as well as some from the early 1970s, making it our oldest Cognac available. It is also the one from our house that best exemplifies Charentais Rancio notes.

So there you have it—from the experts themselves. As you can see, the answer to “what is rancio”, even for those who’ve dedicated their lives to the creation of Cognac, certainly doesn’t have a single definitive description.

What is Rancio in Cognac? The conclusion

To sum up, rancio in Cognac can be described as the following:

Rancio is aromas and flavors that only develop after extensive aging in oak barrels (perhaps from 10 years onwards but more typically after 15-20 years).

Because humans can distinguish far more aromas than flavors, rancio is more easily noticed on the nose than the palate. 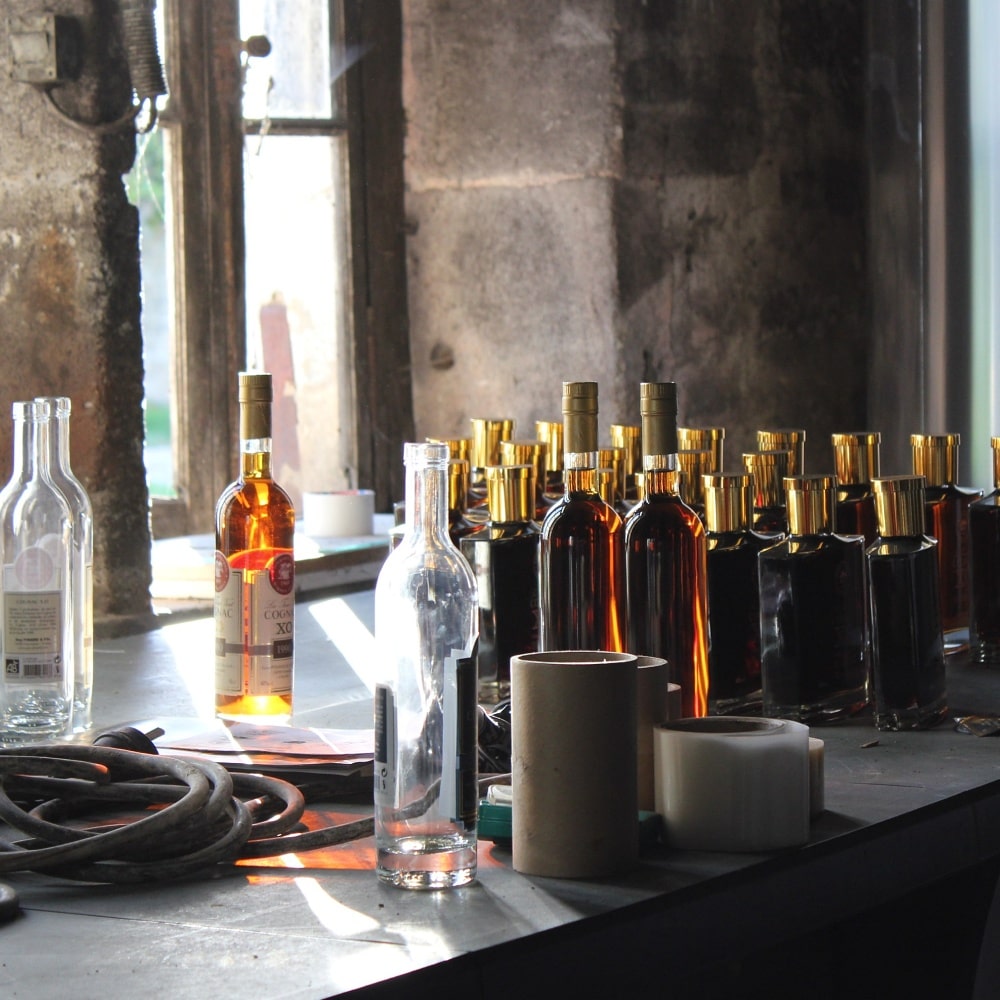 Typical aromas that describe well-developed rancio include that of mushroom, earthy, nutty, and cheesy. Stage 4 rancio moves into the territory of tropical fruits, old leather, and parchment.

Rancio also has an effect on how Cognac feels in the mouth. Some describe it as buttery, others as a nut-like oiliness.

Rancio itself changes as aging progresses. The most intense rancio is found in Cognacs aged for 40 years or more.

So there you have it! Rancio might not be easy to describe, but it sure is fun trying to understand it. We hope you’ve found this helpful, and, of course, we’d love to hear your opinion on the subject. Let us know any Cognacs you’ve discovered that offer great rancio or give us your description of what it means to you. Head over to our private Facebook group, Cognac Lovers, and join in the lively discussions that are always taking place there. 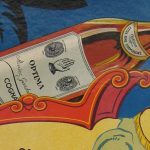 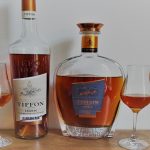 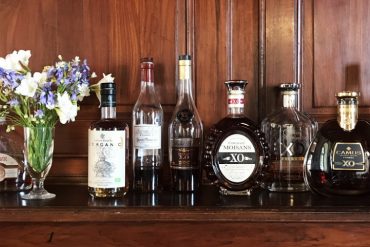 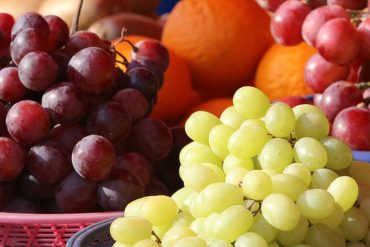