Not a bad idea to combine Cognac and Poker. But apparently the product doesn’t exist any longer. The drink tried to combine the elegant style of Cognac and the world of Poker-playing. But who was behind it? And more importantly, why has it vanished?

Apparently, as the label on the bottle shows, Poker Cognac was even an XO Cognac. Its official name was Poker Cognac – Royal Straight Flush XO. This is actually rather cool.

The idea behind the concept was to bring Poker culture and Cognac history together (please correct us if we’re wrong).

“Poker Cognac – Royal Straight Flush XO is bringing together the excitement of poker and the finest cognac – an unbeatable combination“, was once written on the website. The age of the Cognac was about 17 years and a blend made from Fins Bis, Borderies and Grande Champagne eaux-de-vie.

So who was behind this idea? The Cognac was available in Norway (Vinmonopolet) and was first introduced to the market in 2006. The spirit was also presented at the World Series of Poker Champions in 2006 in Norway. In 2008 the Cognac disappeared.

The creators of this genius concept were Birkedal Hartmann, the same Cognac house that recently launched Conjure Cognac with US Rapper Ludacris. Obviously they not only have a nose for fine Cognacs, but also for good business opportunities and especially communication strategies.

Nonetheless, Poker Cognac did not change the Cognac world. What’s more, it didn’t change the Poker world either. Wouldn’t one think of Gin, Martini or Whisky when it comes to Poker? See below The Sting when Newman plays the bad guy (it’s in Spanish, but you get the idea). Of course, everyone who knows this classic fraud film is perfectly aware of the water which is in Newman’s bottle.

Or in this Terence Hill movie, the cowboys obviously are drinking Whisky to go with their Poker game. Even when the glasses somehow disappear while playing…

These gentleman don’t even have a bottle on their table, but they are all drinking different spirits: probably pure Gin and Whisky. The scene is from Rounders, where Matt Damon guesses the round’s cards in a minute.

And finally, of course, James Bond, who drinks different drinks wherever he appears, but almost never Cognac. Only once, 007 drank Courvoisier. But if one would have to decide, James’ drink would probably be Martini or Lillet.

Anyway. If there is anyone who tried this Cognac, we would be pleased to get some feedback on the spirit.

UPDATE: We found a website claiming that this product was launched in cooperation with Concilio Management. (see at this Bluewine page) 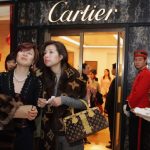