‘Master’ is a luxury event that presents the rarest spirits, wines and Champagnes in the world. A selection of spirit movers attended the event, where distillers and connoisseurs came together.

The event was followed by exclusive private dinners, hosted by the luxury companies. So what kind of products were presented? Rare wines, Champagnes, Whisky, Armagnacs and of course Cognac.

Most of the bottles presented at the event were limited editions, and no longer available or at least no longer produced by the companies.

In this picture we see a high end Courvoisier bottle which is no longer produced, see here for more information.

Some Cognacs that were presented at this event:

The experience was even better for some participants, as some of the producers offered luxury experiences such as Rémy Martin: A four-day voyage to the Cognac region, first class travel and private tours, exquisite dinners and tasting sessions in Paris, Cognac and Bordeaux.

A Master of Spirits exhibition at Changi Airport’s Terminal 1 Departure Transit Mall will run from mid-March to 30 April, showcasing some of the spirits from the evening.
Source: www.dfsgalleria.com, www.moodiereport.com 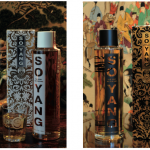 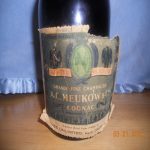