Here comes the first and exclusive interview with the great Emperor Napoleon Bonaparte about Cognac. The year of this interview dates back to 1816.

We visited the emperor at Longwood House, on the island of St Helena. Mister Bonaparte just has been defeated at Waterloo, and was sent to this island.

We arrive by boat. It’s a long journey to arrive at the remote Atlantic island located between the equator and the tropic of Capricorn.

British soldiers guide us to the house where Napoleon lodges, Longwood House. Monsieur Bonaparte  is in the garden and will join us in some minutes. He is a prisonner, his British captors are quite serious about him not escaping, as he had done from his first exile.

A French Commissioner wrote about St Helena: “This is the most isolated, the more unaffordable, the most difficult to attack, the poorest, the most unsociable and the dearest place in the world”.

Cognac-Expert.com: Your Highness, thank you for taking the time.

Emperor Napoleon Bonaparte: Sure, I am a follower of Cognac-Expert.com and a huge fan. I love the new weekly newsletter. I prefer to read the articles while wandering around on the island.

By the way, did you bring me some brandy snifters? I only have those really bad glasses here.. would love to get my hands on a Riedel tulip shaped one or so.

Cognac-Expert.com: Your Highness, unfortunately the snifters broke on the long boat journey, we can send you a set of new snifters of course.

We can imagine that you have some time now. Now, we would like to talk about cognac a bit…

Emperor Napoleon Bonaparte: The town? Lovely small city! Their Chateau is quite nice. You should visit if you have the time. They are good people in Charente… I should have taken some of those fellow citizens to the battle field of Waterloo, last year. Damn it. Who could have known the Prussians would arrive in the last second? Would you believe it?!

Cognac-Expert.com: Hm. We guess the battle is lost… Actually we would like to talk about the brandy, le Cognac. Now, there are rumours that you prefer a certain cognac, is that true?

Emperor Napoleon Bonaparte: Well, I know a certain Emmanuel Courvoisier and his business partner Louis Gallois.. they have a solid wine and spirit company, somewhere in Bercy, Paris. I visited their warehouses. Massive barrels, it’s amazing. These two guys have a great future.. and their brandy is really great.

Cognac-Expert.com: They do have a bright future, yes. Could you imagine that an afro-american Rapper named Busta Rhymes will boost the US sales of Courvoisier Cognac in about 190 years?

Emperor Napoleon Bonaparte: (shrugs) I am afraid I can’t follow. Who is this Monsieur Rhymes?

Emperor Napoleon Bonaparte: Your words do not make sense! In any case, I took some Gallois and Courvoisier’s barrels with me on this island. I like to have a drink with those English officers from time to time. I can’t leave, you know.. but perhaps I should try to escape… and then I will rule the world again…

Cognac-Expert.com: Ok. So as you took those barrels, that’s probably why they call it “The cognac of Napoleon”.

Cognac-Expert.com: So, can you confirm that Courvoisier’s brandy is the Emperor’s favourite Cognac?

Emperor Napoleon Bonaparte: No, I wouldn’t say that. But I really like it. There are other trading houses and cognac producers. You know, I am actually dictating my memoirs, so sometimes I need a good brandy in order to make my memories sound a bit more exciting. It’s all about story telling.

Cognac-Expert.com: Mister Napoleon Bonaparte, thank you very much for the interview.

If we look at cognac and Napoleon, one has to distinguish between two different things: The person Napoleon and the age term “Napoleon”. While the legend of the person of Napoleon is heavily used for marketing purposes, especially by Courvoisier but also Camus; the age term “Napoleon” officially stands for a blend where the youngest eaux-de-vie are at least 6 years old, so that’s basically the same age specification as XO. 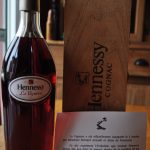 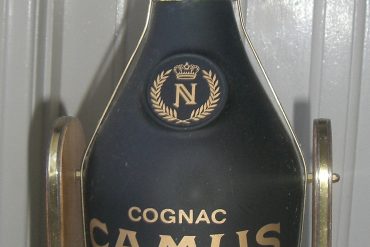