Yesterday (13 April), employees at the cellars of Haut-Bagnolet walked out as a show of solidarity against wages.

Urged by the unions (Intersyndicale CGT and Force Ouvriere), employees are not happy at the breakdown of talks earlier in the week at the mandatory annual negotiations about a reassessment of staff wages.

CGT delegate, Francoise Puchaud, stated that the company wants to bring in a reassessment well below the company’s growth.  Business is looking strong for 2011, and the proposed offer to employees is not in keeping with this.

Hennessy has refused to grant an annual wage increase of 1.8%; one which is already considered by the unions as too low.

According to the unions this is unacceptable.  They say that Hennessy has grown by around 25% and that dividends to its shareholders will be more than double this year.

Their demands were due to be presented to management last night.

Armenian Brandy is on its way to China 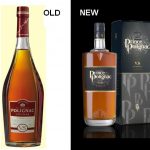