Chateau Lamothe-Bergon, in Cussac-Fort-Medoc, home of Hardy Cognac, was the location for the launch of their latest product – the Hardy L’Ete Cognac. The event was held on Sunday 14 June in the splendor of the newly renovated 19th century house, and it was an honor to be a part of it. 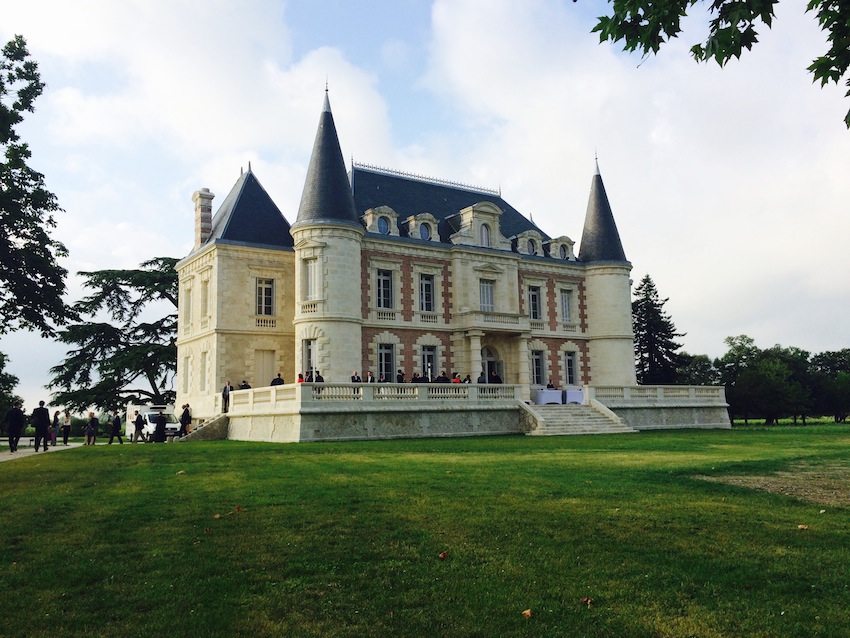 The launch saw a gathering that included key personnel from Hardy Cognac, H. Mounier, and other honored guests. It was a real celebration as to what the group (which includes those from the chateau itself) have achieved with their cognacs and wines, as well as being the official launch of Hardy L’Ete Cognac. 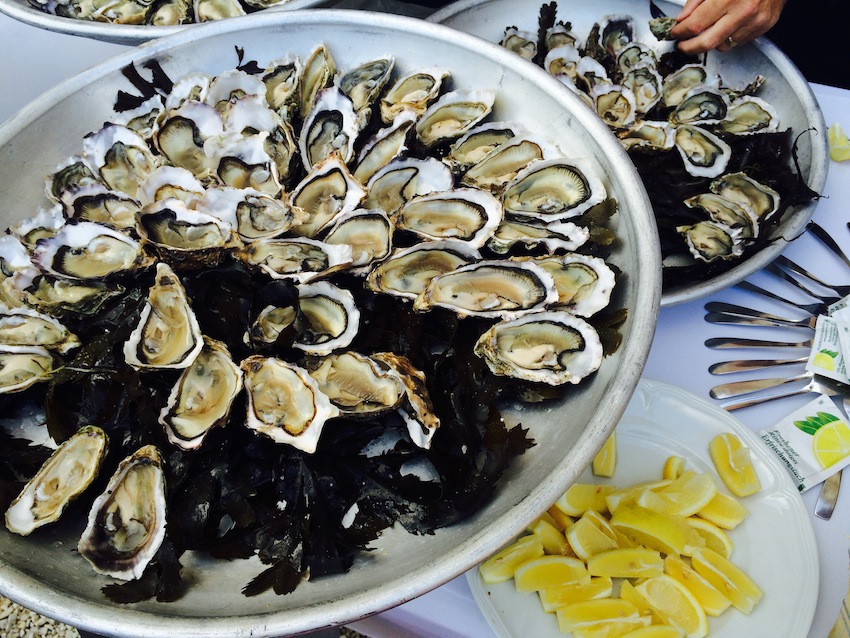 On arrival, all guests were welcomed with cocktails and canapés on the terrace, as well as some delightfully juicy oysters. We then split into small groups for a fascinating tour of the chateau’s vineyards and cellars. After a group photo shoot, we were then invited inside for dinner and the official launch. 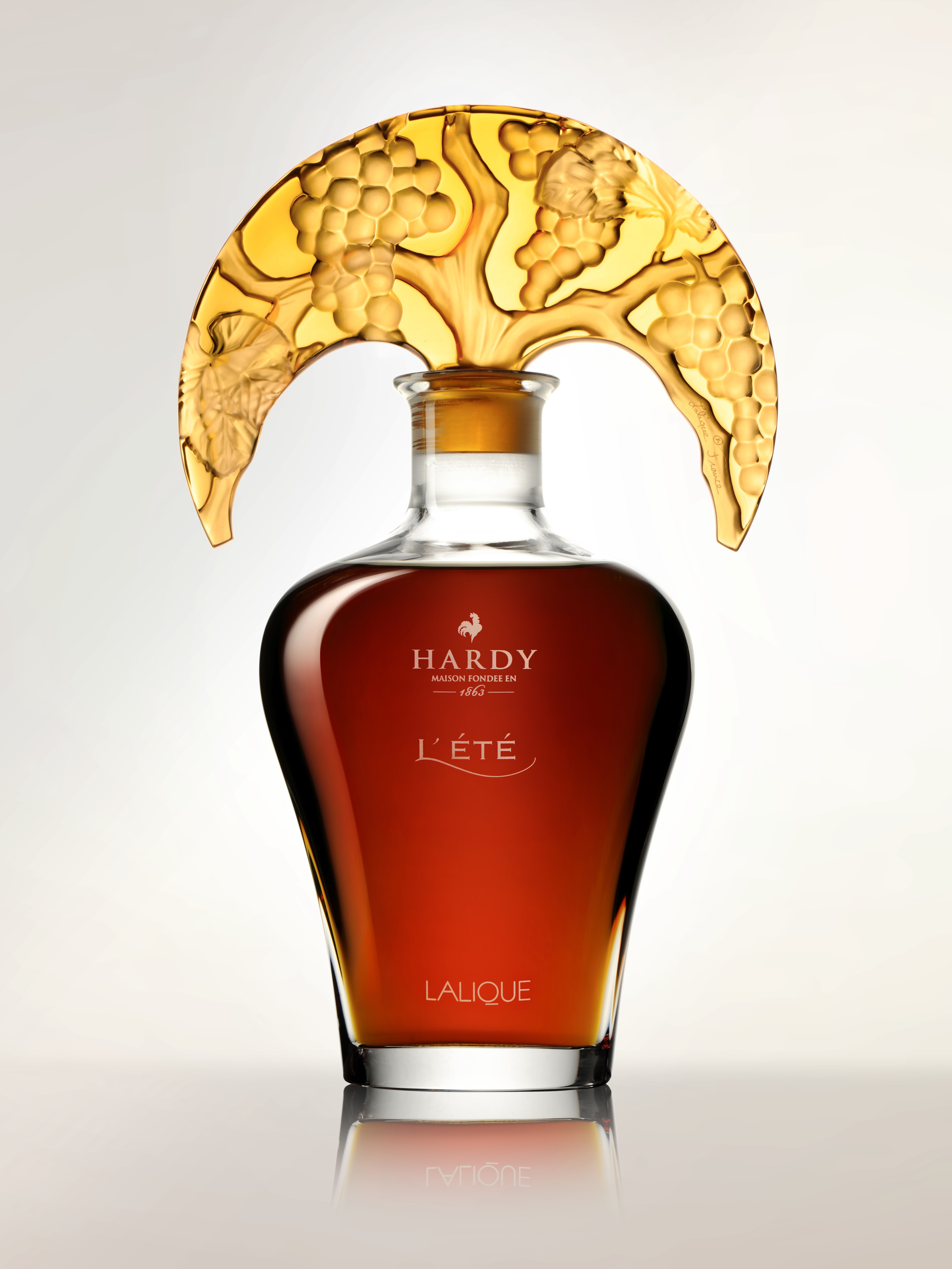 Seated in the impressive dining room, the evening’s proceedings began. The menu and wines chosen were excellent, and the atmosphere couldn’t have been more celebratory and convivial. An Extra Old Pineau Blanc accompanied the starter of fois gras and sour apple Mille-Feuille. 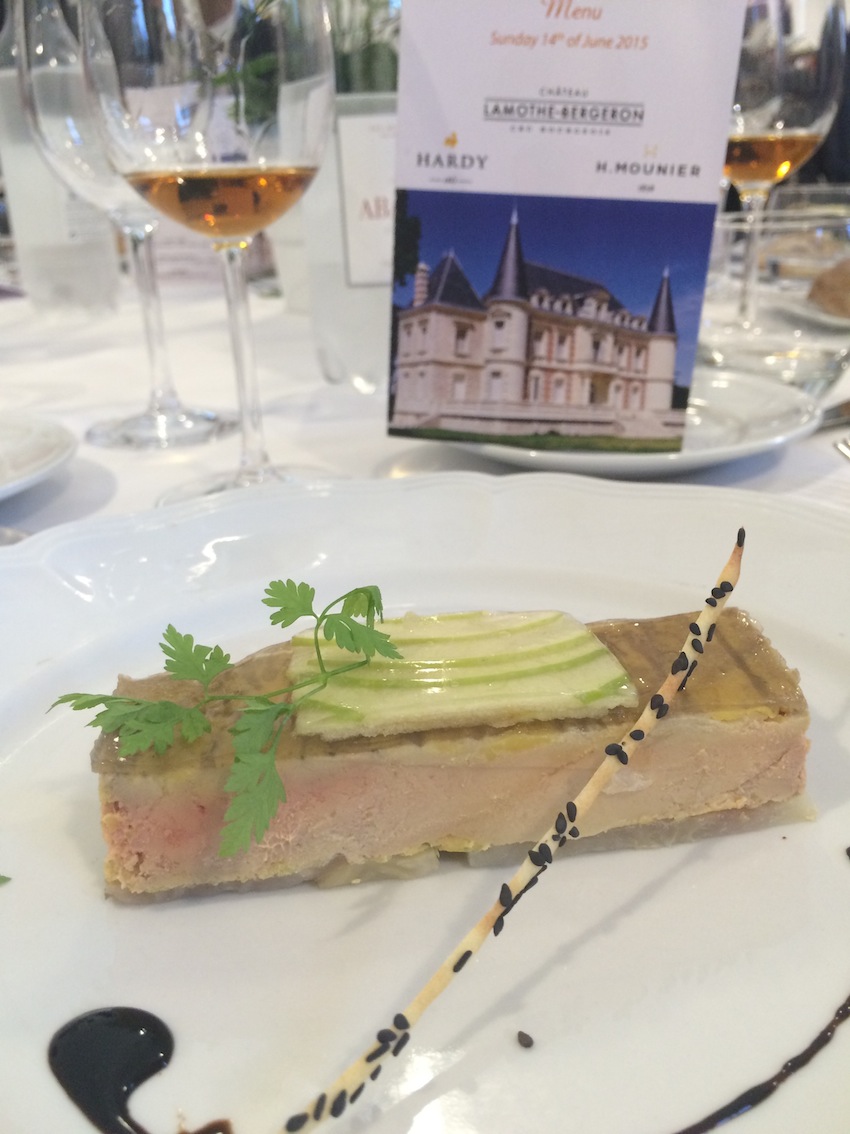 This was followed by a main course of regional dish, Magret de Canard, which was served with Chateau Lamothe-Bergeron 2005. The Shepherd Slate Cheeseboard rounded off the third course perfectly as the last of the Chateau Lamothe Bergeron 2005 was poured.

After this it was time for what everyone had been waiting for; to sample the Hardy L’Ete cognac. And what better dessert to serve it with than a chocolate ganache cake with raspberry filling and red berry coulis. The combination was utterly sublime. 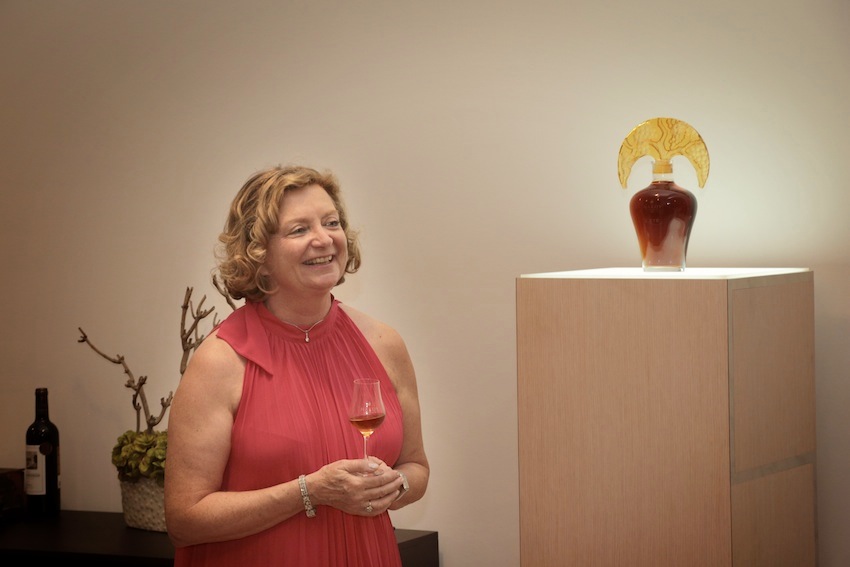 For those of you who might not be familiar with Hardy Cognac, the house was founded by the Victorian English gentleman, Anthony Hardy, in 1863. A lover of France and all things French, he even changed his first name to Antoine. He chose the French cockerel as the symbol for his Cognac brand. Hardy’s signature is, ‘Haute couture for cognac and, like the great couturiers, Maison Hardy crafts rare and precious items’.

Hardy L’Ete Cognac is the second in a series of four crystal decanters, all produced in collaboration with Lalique Crystal, who are also responsible for the exquisite design. L’Ete (summer) follows the launch of Printemps (spring). Automne (Fall) and Hiver (winter) will be launched at two year intervals. The colors and designs of these are to be kept secret until each launch. Just 400 bottles of L’Ete cognac will be released.

So, what of the Lalique Hardy L’Ete carafe? Well, it’s called ‘Sculpting Light’ and uses the crystal house’s famous amber colored crystal in a fan-like shape that illuminates a sunny and vibrant fantastical vine.

Benedicte Hardy spoke with much passion about how the new L’Ete Cognac had brought together the generations of the house’s family traditions, using only the very best eaux-de-vie to create this very special and unique blend. It’s composed of a blend of six Grande Champagne brandies, each put aside by Armand Hardy between the years of 1919 and 1940. 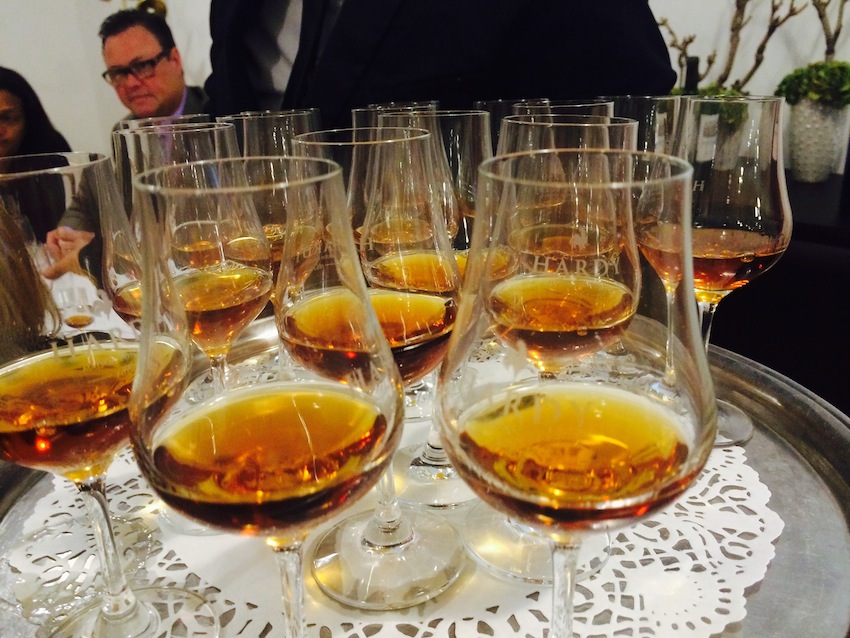 And what a privilege it was to be able to sample the Hardy L’Ete Cognac. It boasts the unmistakable nose of a high quality old cognac, evoking sweet aromas of honey and apricot that then gave way to touches of cinnamon. On the palate it was both soft and wonderfully smooth, yet with an impressive intensity. The finish was, naturally, extremely long. A beautiful Hardy cognac. 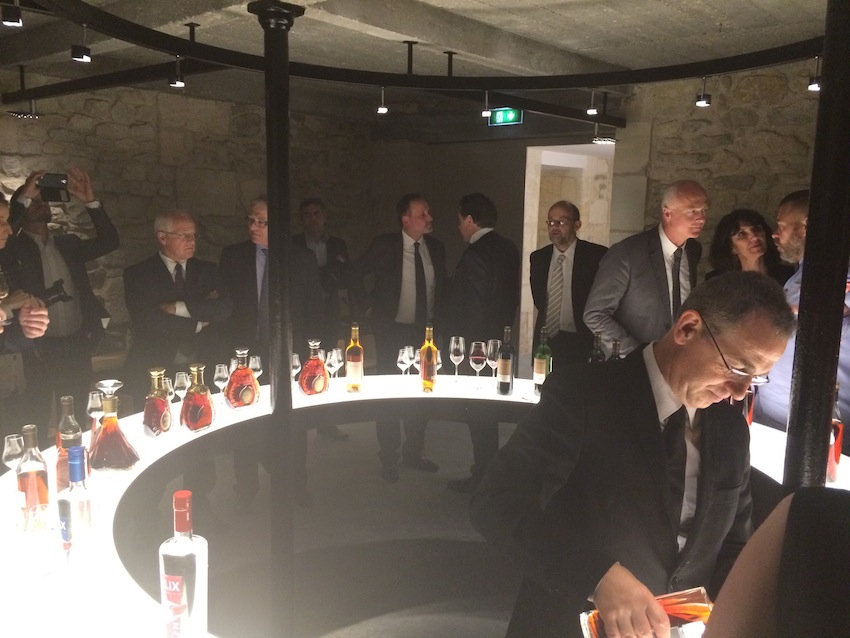 To end the evening all guests were invited to the cellar where the full range of Hardy and H. Mounier cognacs were on display for everyone to try – and with a cigar if one so wished. Cognac heaven indeed!

This was undoubtedly one of the most enjoyable and memorable evenings I have spent in my life in the world of cognac. My heartfelt thanks goes to Benedicte Hardy for allowing me to share in this very special evening with her and her colleagues. 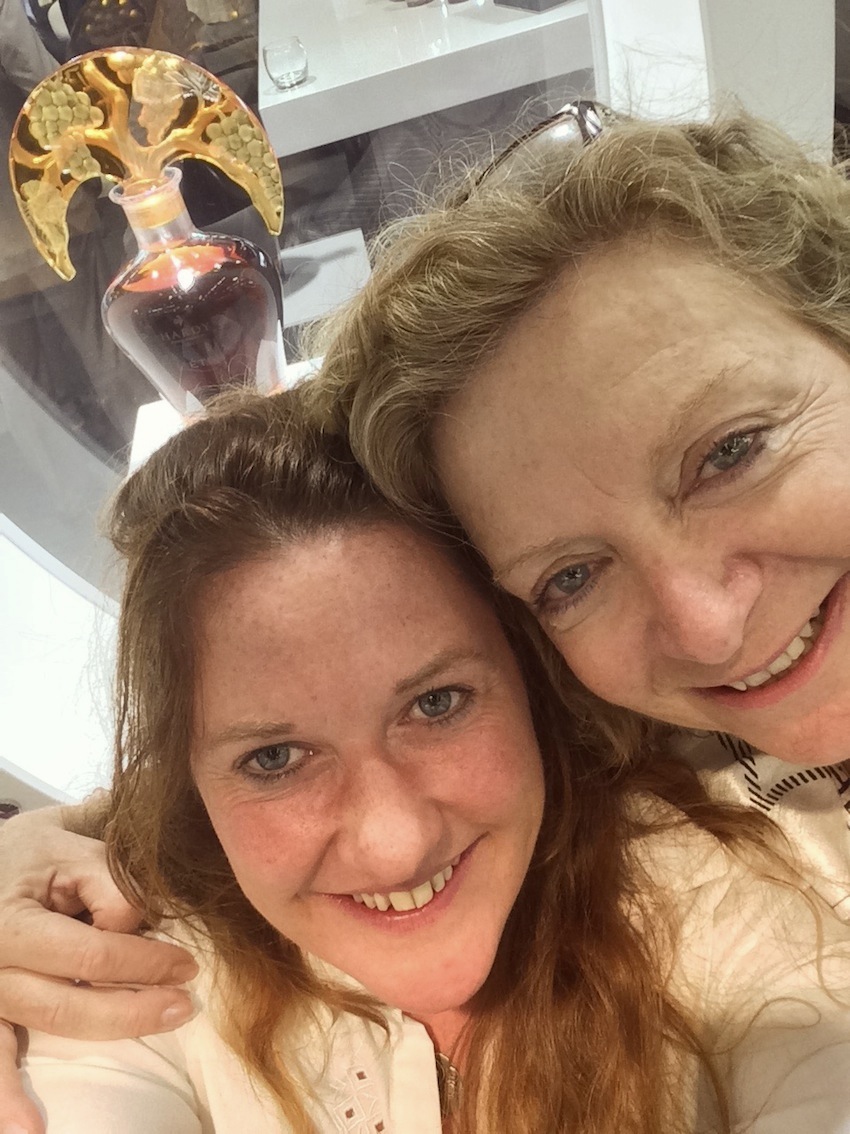 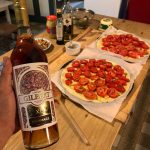 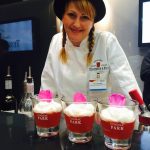