Conjure Cognac, a collaboration between the house of Birkedal Hartmann and superstar Chris ‘Ludacris’ Bridges has seen an exceptional first year of trading.  This award winning cognac now sees the appointment of two new co-CEO’s with the aim of further expanding the brand over the next two years.

Conjure Cognac was rolled out to an ambitious 40 markets during year one and gained much recognition in the industry.  The blend won gold medals in both the 2011 San Francisco World Spirits Competition and Wine and Spirits Wholesaler of America 2011 Competition.  It also won the Beverage Information Rising Star Award and had some notable reviews in various trade magazines.

Park Street Imports, of whom previous CEO’s Kohlmann and Mehringer are part of, will remain investors in the company and carry on with the role of being the exclusive importer of Conjure into the USA.

Find out more about Conjure, here.
And about Birkedal-Hartmann, here. 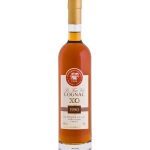 VOD-K Vodka with Truffles? Made in Cognac