Nestling quietly on the harbor shores, deep in the old town of La Rochelle, is perhaps the true meaning of family. And it’s in the form of a humble Cognac estate, known simply as Godet. And we’re talking family in every sense of the word. Because the house of Godet is today headed by three men who’re the 15th generation of this Cognac dynasty: Jean Edouard, Maxime, and Cyril Godet. Together the brothers run what one could say is the ultimate family business–because it’s been that way for almost 500 years! 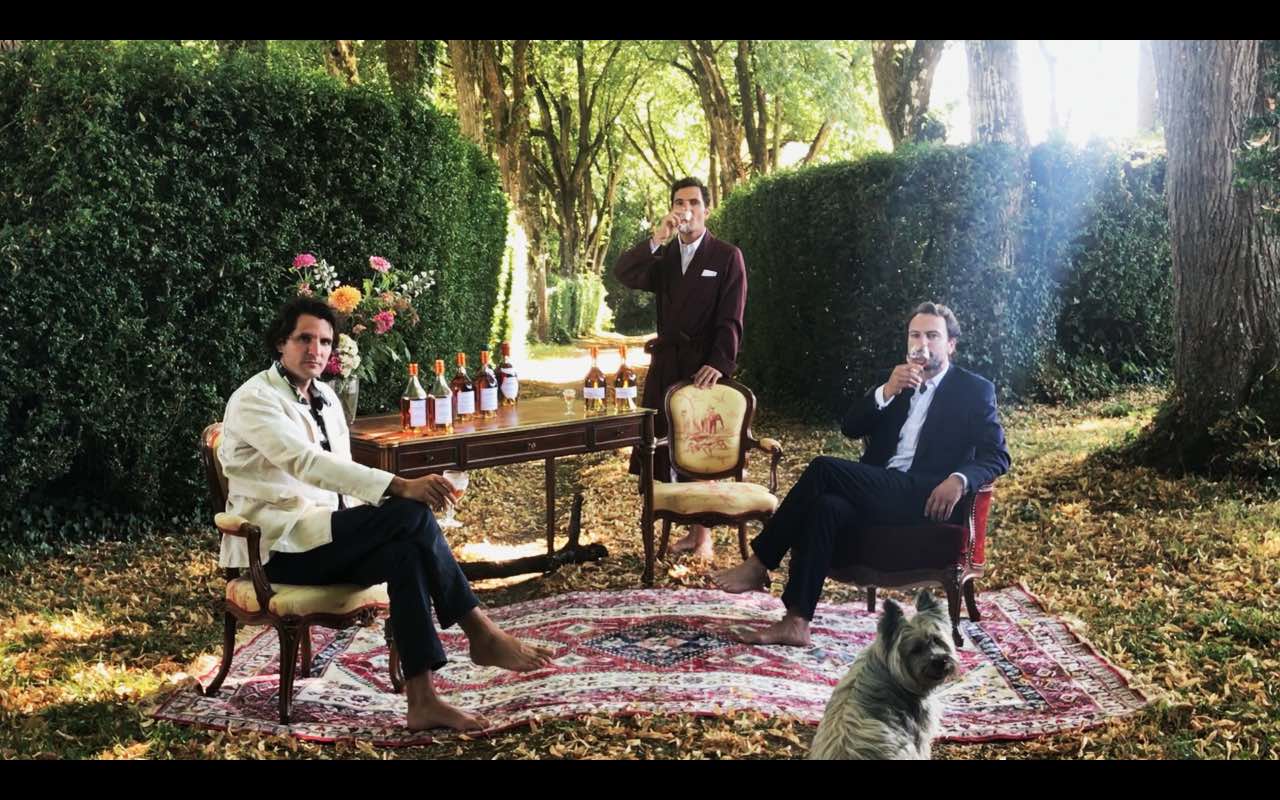 To discover the history of this amazing family, we have to head back in time to the year of 1588. It was then that Dutch Salt Merchant, Bonaventure Godet, who settled some years before this in the La Rochelle region, was granted direct protection for his family by the then King of France, Henri IV. Bonaventure was one of the very first traders of ‘brandwijn’­—the sought after burnt wine that was later to become what we know today as Cognac.

From father to son, and beyond…

Bonaventure Godet’s skills were soon handed down to his children, who in turn passed them onto theirs. Indeed, the savoir-faire of Godet Cognac is today in the exemplary hands of the 15th generation of the Godet family. Jean Edouard Godet. He and his three sons carry with them an incredible 462 years of family know-how, and still farm and create their masterpieces in exactly the same location as did Bonaventure, all those years ago.

A true maker of Cognac history

Whilst the achievements of Godet Cognac throughout the centuries are too many to list, it’s necessary to mention just a few of the crucial ones. Such as in 1699, when King Louis XIV of France bestowed titles and ennobled fourth generation, Jean Godet. His coat of arms, featuring three small glasses, still serves as the emblem for the Cognac house to this day. 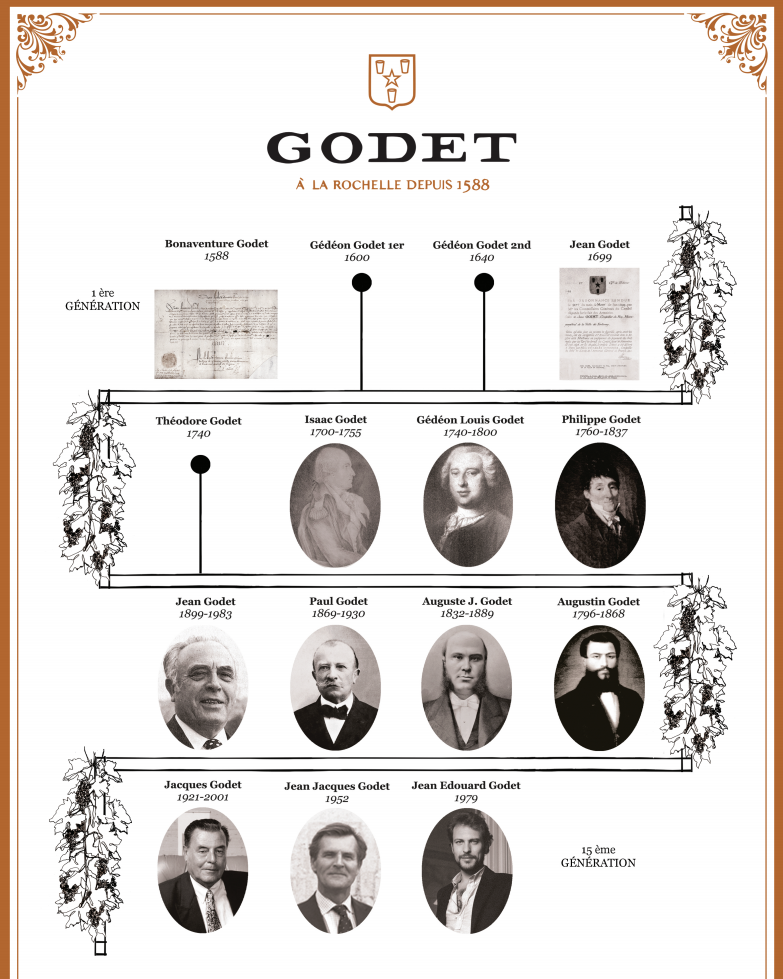 Bearing the same name, 9th generation Master Blender, Jean Godet, took a walk on the dark side during the American prohibition, when he supplied Cognac to ol’ Scarface himself, Al Capone. And in 1944, at the height of WWII, 13th generation Cellar Master, Jacques Godet, walled off part of the family cellar to protect their most precious eaux-de-vie from the Nazis. 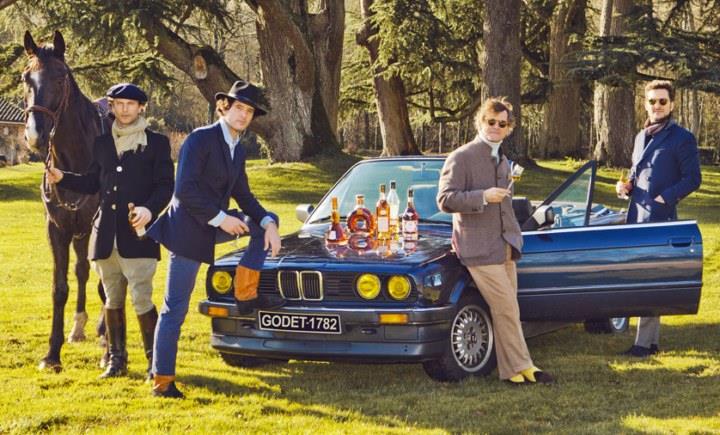 These prized Cognacs still languish here today, and are used in the creation of some of the most prestigious Godet Cognacs, such as the Godet Renaissance Grande Champagne Cognac and the Godet Gastronome Cognac. 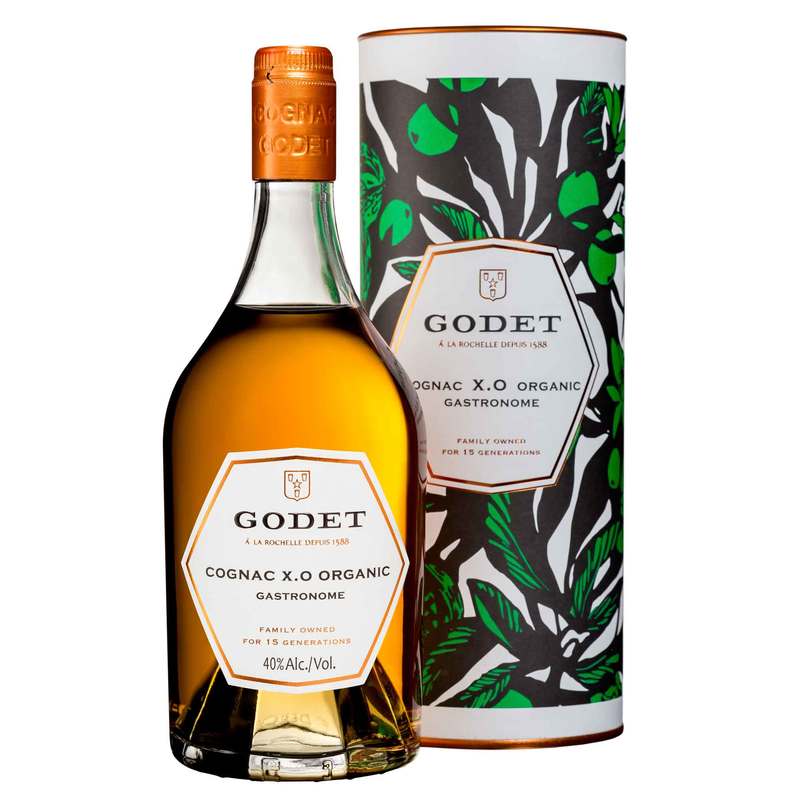 In the year 2008, Jean-Jacques Godet sailed on an expedition to the South Pole. Here he was filled with inspiration, and on his return shared all his discoveries and passion from the voyage with his son, Jean Edouard. When he took over as head of the house in 2010, Jean Edouard used this to launch a unique product of clear Cognac, Godet Antarctica.

Where the past becomes present

In the latter part of the 19th century, a tiny bug called Phylloxera all but devastated the vineyards of Cognac, France, and indeed Europe itself. Following this, most Cognac houses replanted their vines with a more hardy type of grape, mainly Ugni Blanc and Colombard. 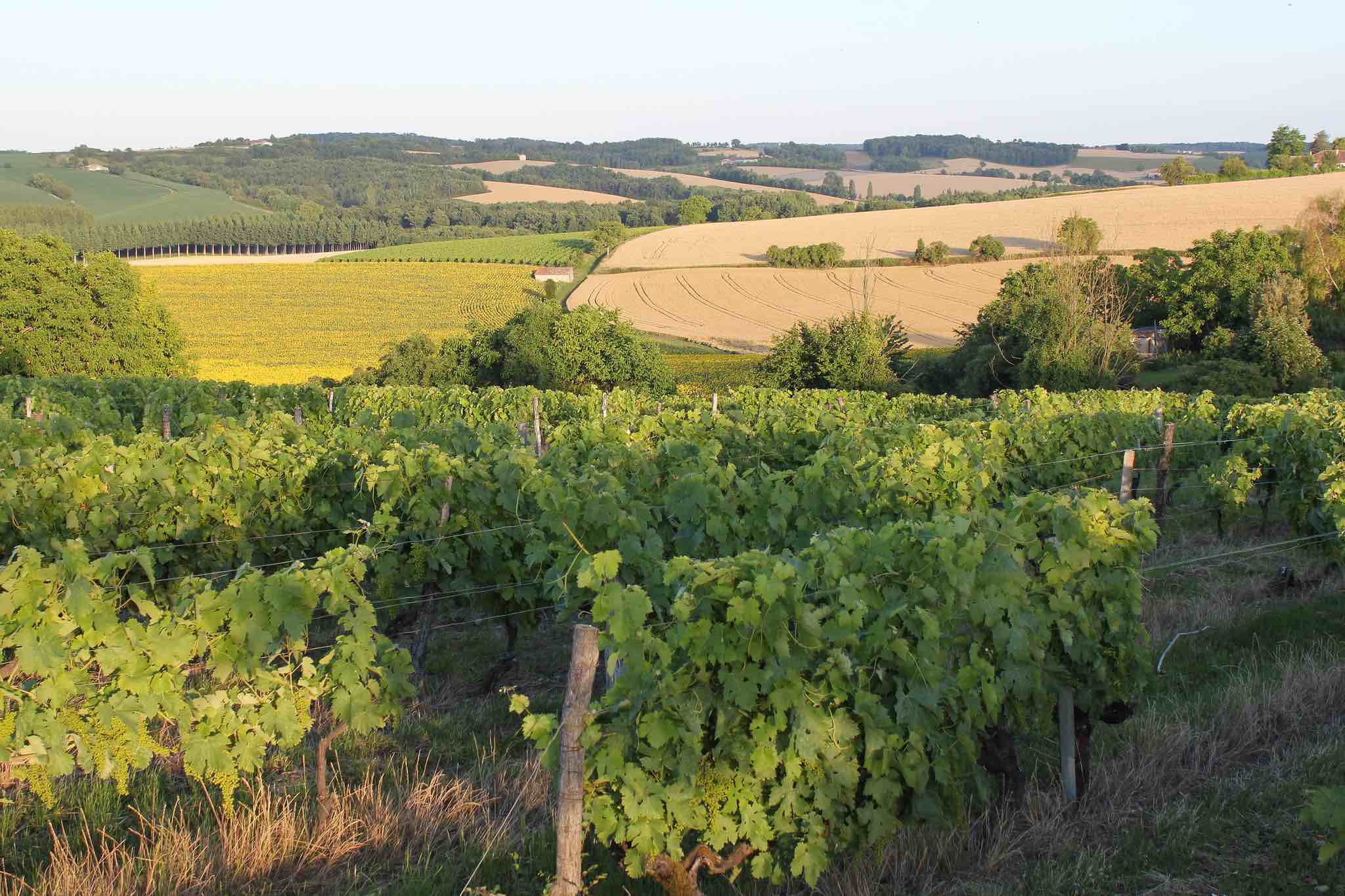 This changed the face (and taste) of Cognac and wine from the region forever, as prior to this time the most widely grown grape was the Folle Blanche. Today the family Godet are committed to working with this traditional Cognac grape. By including eaux-de-vie from this ‘forgotten’ grape in many of their products, this revival is just one example of how the house of Godet both treasures the past and embraces the future.

We can also wax lyrical about the inimitable style of the house, in which they create Cognacs that break free from the usual boundaries that constrained the industry for so many years. Innovation is all about being unique, and thinking outside the box. And no Cognac brand does this better than Godet. Perhaps you have a penchant for a Vintage Cognac, or perhaps one from a particular Cru (and Godet combine both, such as with the Godet Single Cru 22 Years Cognac). Everything about every Godet Cognac represents quality, tradition, with a little 21st century twist. It’s a wonderful concept that really does make for a stand-out Cognac experience, whichever of their products you choose to enjoy. 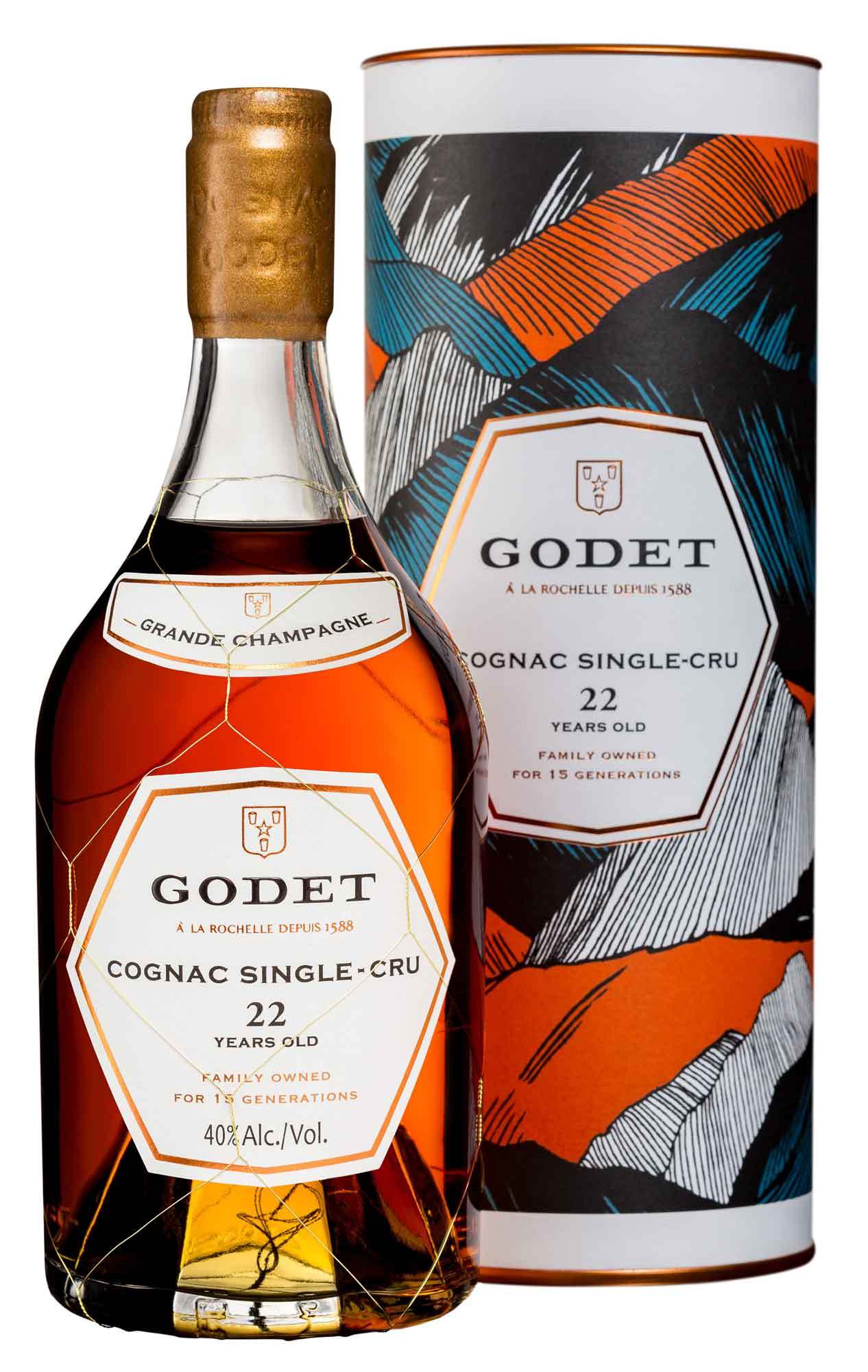 Experience the Godet way of life

The family Godet have, over almost 500 years, embraced so many of both the small and larger pleasures in life. From working the land to creating the finest of Cognacs; from quality home time with loved ones to adventurous world travel, this family is true Cognac royalty. And thanks to their centuries of expertise, we too can share in this delightful life ideology by enjoying their top quality range of Cognacs.

There’s a reason that Bonaventure Godet chose the location for his land and aging cellars all those years ago. And that’s because it’s where the family’s two greatest passions brush shoulders: the ocean, and Cognac. Here the unique salty, humid environment works its magic on the eaux-de-vie during the aging process. This is surely one of the factors that makes their offerings such singularly delightful to enjoy. From their small range of young, VS expressions, though to the older XO expressions, such as the Godet XO Terre and beyond, the Cognacs of this ancient house are truly individual and uniquely desirable. If you need any more proof of how great they really are, you need look no further than the multiple awards bestowed upon the range at the highest level of industry competitions. 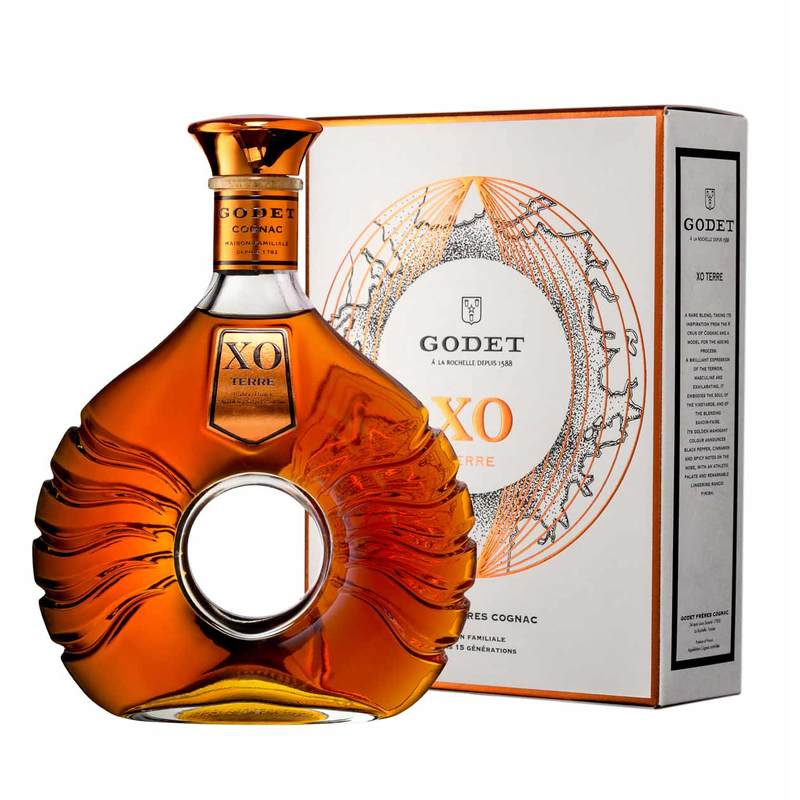 Try but one of this passionate house’s offerings, and we guarantee you’ll be thirsting for more. Godet may well have an incredible past, but here at Cognac Expert, we’re going to predict that they have an even more dramatic future ahead.

We have an exciting showcase of Godet Cognac

We’re delighted to present the sheer variety that makes up the Godet portfolio. If you’ve not yet discovered this historic house, then we promise that you’re going to be delighted with what you find.

discover the delights of godet cognac 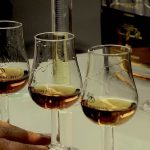 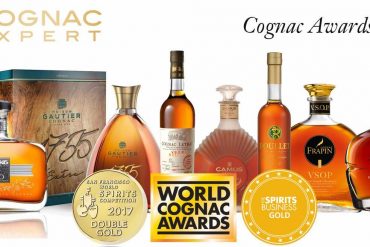