Giorgio Gucci Cognac Collection: Is it really worth $18 million dollars?

Well, there are certainly some high end cognacs out there, no-one can deny that.  After all, you only need to look at eaux-de-vie such as Louis XIII, or Hennessy’s Beaute du Siecle to know that they can command some eye wateringly high prices.

However, when we reported about the Giorgio Gucci cognac collection that complements their fashion brand, Giorgio G, a few years back, we certainly didn’t expect to find out that they rated them in the same kind of way.  And by that we mean that they intend to sell the collection as a whole (5700 bottles) for $18 million US dollars. 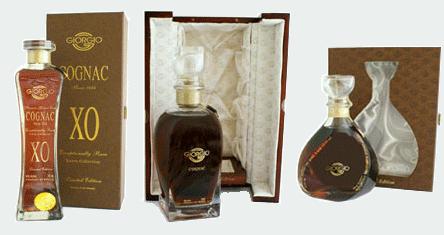 Now, that’s an incredible amount for a collection that only seems to have sold/distributed 300 bottles (well.. 6000 bottles were produced, and now they are selling 5700) in three years, and two thirds of which is of XO quality.

So, before we get ahead of ourselves, let’s recap a little on what the collection actually is.  The brand was launched in 2010, and produced in a limited run of 6000 bottles (stated on giorgiogline.com). 4000 of these were a regular XO, and a thousand each of the older qualities.  However, any further details, such as the terroir the cognacs came from or the producer who created them, were not available.  They were marketed under the names of Giorgio G XO, Giorgio G Grand Cru and Giorgio G Special Limited Edition.

Update: We actually might have found out who the producer is: As Examiner.com reports, the producer seems to be Distillerie Vinet / S.A. Distillerie Vinet who run their own brands VINET-DELPECH Cognac – a respected cognac producer that has been around since 1777. The house also does private bottling, here is a list of other brands we find on their website: Diamond Jubilee, Gold Eiffel Tower, Paris Toujours and XO Fantasy, Regal, Devoriac, Avenue Chaps Elysées Fine Champagne, Caravelle Brandy XO…

The cognacs were presented in nice, but easily available, decanters – nothing out of the ordinary.  The presentation boxes were pleasant, but again nothing special.  Okay, so they used 22 carat gold for the lettering, but that was really the only titivation used on the packaging.

The marketing appears to have been – how can we put this nicely – a bit off the mark.  The images used were so far removed from what is successful today that one can only think that the marketing team was a throwback to the early 20th century.  An old man with a snifter – come on, even the most novice of cognac marketers knows that that angle went out with the ark…. 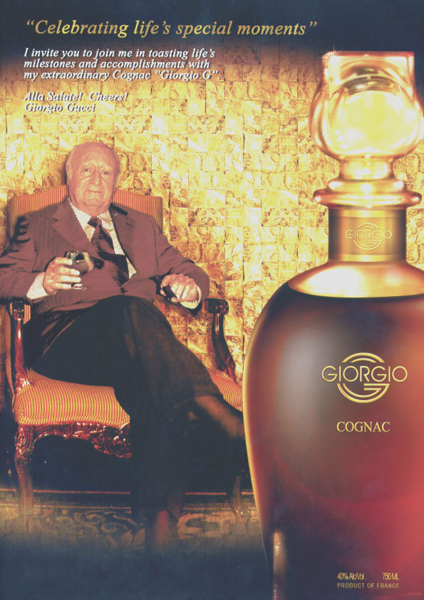 And this is one cognac that we’ve never been able to get any further information on, let alone taste it.  Okay, we’re sure that the cognac is very nice – but $3000 dollars a bottle nice – we remain to be convinced.

We have to admit to being a little astounded by the press releases that values this collection. A collection that only managed to shift 5% (assuming the number of initial production of 6000 bottles is correct) of its stock during the three years since its creation. “We anticipate the collection to be valued at around $14 – $18MM says Mister Ribbentrop who represents Americas Executive Beverage Consultancy that is handling the deal.

Harsh? Perhaps we are being. It’ll be interesting to see if anyone involved with Giorgio G Cognac decides to come and put us right. We shall have to wait and see… 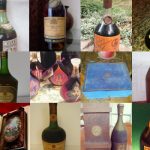 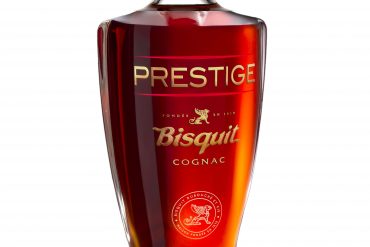 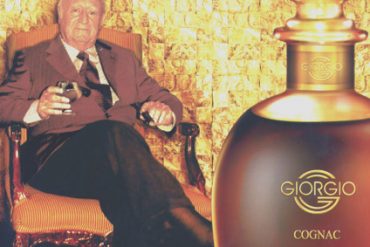 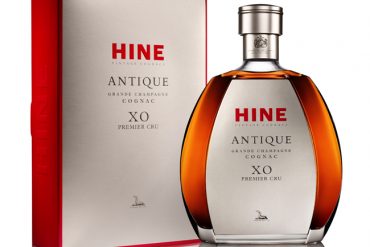