An analysis: Courvoisier’s and Hennessy’s advertising pretty much changed in time. Each brand has its  specific communication strategy. Now let’s have a closer look how those ads developed in time.

Courvoisier uses the person of Napoleon to promote its Cognac: Emmanuel Courvoisier and Louis Gallois, the founders of the Cognac brand had the idea. Originally they were from Bercy which is close to Paris – Bercy was a tax free zone; so a paradise for wine traders. 1811 Napoleon himself visited their wine cellar – apparently he took several barrels with him to the island of St. Helena, the emperor’s exile. From this time on it was called “Napoleon’s Cognac”.

In 1843, Felix Courvoisier established the Cognac house of Courvoisier in Jarnac. Naopleon III (not to confuse with the first) made Courvoisier the official purveyor to the court. The silhouette of Napoleon on the label was introduced in the 50s of the 20th century. Today, nobody really knows if that story of Napoleon is true or just a very early marketing gag by Emmanuel and Louis. 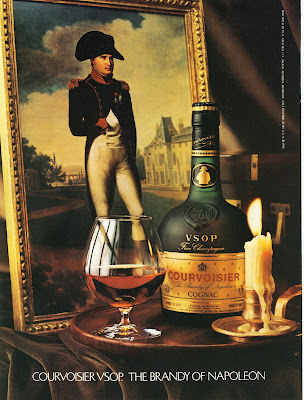 While Courvoisier’s advertising also uses women and obviously sex, to sell their bottles – the Napoleon brand remains relevant for the brand all the time.

In October 2007, Courvoisier launched the “Find Greatness Within” campaign. It’s been the brand’s first advertising and positioning campaign since 2005. 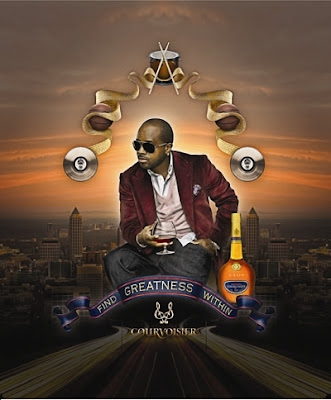 On the sidebar it says, “Jermaine Dupri.  Artist, Music Mogul, Basketball Fanatic” and the tagline declares “Layers of subtlety and taste, developed over time.  Enjoy Responsibly.” It is no coincidence that Dupri is seen as a trendsetter, cultural icon and savvy entrepreneur. This is exactly what the campaign tries to transfer to the brand – at least for the US American consumers.

Burrell Communications, a member of the Publicis Network executed and designed. New York based Zenithmedia along with sister agency Moxie Interactive out of Atlanta, coordinated all online, print, radio, and out of home media buys. 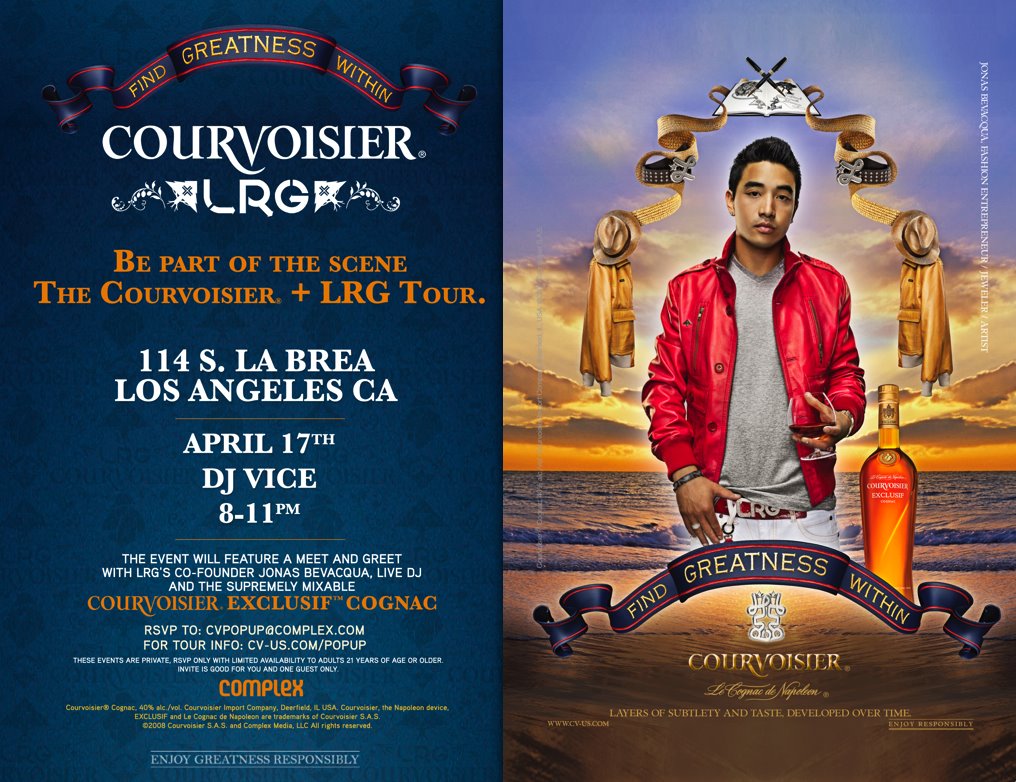 Cognac has seen a comeback in recent years: Firstly the the return of the classic cocktail plays a role and secondly the premiumization trend in the spirits industry.  In its core US markets, Courvoisier has benefited from this trend with a 5,3 % increase in its VSOP and XO sales, with Southern California experiencing the most growth at 34.6 %.

It’s not a surprise that premium consumer electronic products such as Ipod, Iphone and Blachberry phones were branded with the Napoleon brand of Courvoisier.

Hennessy is the biggest Cognac company in the world. The company sells about 40% of all Cognac and sells about 50 million bottles a year. Hennessy Cognac started back in 1765:  it has come a long way. Their marketing, advertising and posters experienced a huge developement as well. It all had to change and had to be adopted to the US American target group.

Musician Tupac Shakur raps in one of his songs:

“They wanna know who’s my role model,
It’s in the brown bottle.
You know what’s our (bleep) motto,
Hennessy.”

While the ad above just shows the product line up and the cellar, the poster below uses Marie-Antoinette; a story is combined with the presentation of the product. This Hennessy poster does not even have a Cognac bottle: It’s an introducing ad for the south american market of Argentina.

This 60s ad of Hennessy somehow reflects on the living standard of the time – the home from a male perspective, dog in the corner. Colors typically yellow. With the growing US American market, Hennessy launches a new product: Hennessy Black. It is the first major launch of a new product since 1961. Hennessy Black is a limited edition and is available in ten US markets including New York City, Arizona, Georgia, Illinois, Indiana, Ohio, Washington DC, Massachusetts and Louisiana.

The Cognac house hopes to take cognac to the new market of mixdrinks and cocktails – mainly targeting US afro american consumers. The campaign consists of events, dance contests – includes YouTube.com and interactive media.

The company also cooperates with rapper Swizz Beatz for the launch. Beatz performs the song “When I step into the club” and is used a theme for the launch of Hennessy Black.

Hennessy promotes different cocktails with the launch of Hennessy Black:

“In honor of the 44th president”


It is no secret that America’s most loyal customers of Cognac are young African Americans, mainly influenced by hip hop music. Hennessy continued in doing smart marketing: For example for the inauguration of the first African American president of the United States. The bottle is called “44” which stands for the 44th president.

Hennessy recently launched their event and lifestyle series, called Hennessy Artistry. It’s a platform for artists, for upcoming and established ones. Here is the press release of Hennessy:

NEW YORK, Aug. 3 /PRNewswire/ — Hennessy, the bestselling Cognac in the world and one of the most celebrated and storied brands in history, today announces the fourth annual edition of the acclaimed Hennessy Artistry series, a four-city slate of musical performances that promise to deliver an electrifying experience of unexpected blends: musical, artistic, cultural — and flavorful.
Hennessy Artistry events will be both curated and headlined by hip-hop impresario Common, with The Roots — named one of the “greatest live acts in the world” by Rolling Stone — also appearing as the house band. Hosted exclusively by Hennessy, each night will feature a unique blend of performers and collaborators ranging from up-and-coming talent to cameos by iconic special guests.
Says Common: “Hennessy is the master of blending, and Artistry, is all about artistic blends of music genre, culture and style. The lineup is coming together nicely. The Roots and I are really collaborating to create a musical blend of talent that will do Artistry justice. We are planning some surprises as well, it should be quite an experience and I am thrilled to be a part of it.”

Says Hennessy SVP Andy Glaser: “Our vision is for each event to be a blend of musical, artistic, and cultural experiences that give our brand’s fans a once in a lifetime experience — a memorable legacy that will remain synonymous with Hennessy.”
Marked by the core principles of discovery, creativity, and self-expression, Hennessy Artistry has been lauded worldwide as a showcase a broad range of talent, from local performers, to iconic artists such as Kanye West and LL Cool J, and rapidly rising superstars such as Ne-Yo, the curator of the 2007 series.
To date the Hennessy Artistry series has highlighted the art of blending at dozens of events around the world — from Stuttgart to Sydney and from Hong Kong to Hanoi in just the past 12 months alone. 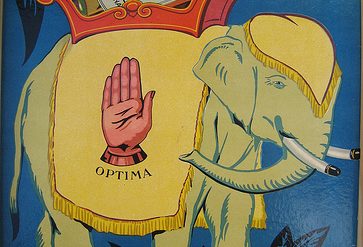