A new initiative in Toronto, Canada – The Courvoisier Collective – was officially launched on 03 July, 2012.

The program has been created to inspire students and at-home chefs to include Courvoisier Cognac in a whole new variety of delicious recipes, and to submit them for consideration by a top-notch panel of judges.  The event will culminate in October of this year, with three finalists being invited to showcase their culinary skills and creations at an exclusive finale event.

The Courvoisier Collective is designed to arouse the passion to create dishes using the power of cognac’s aromas and complexity to create flavour and new gastronomic experiences for all to enjoy.

Students and at-home chefs in the Toronto area are being asked to submit their original recipes.  These will then be judged by a panel of top Toronto restaurant chefs, which include; Ici Bistro’s JP Challet, The Grove’s Ben Heaton and TURF Lounge’s Michael Kirkwood.

Three finalists will then be judged in October, with the winner being the person deemed by the judges to have the best creativity, technique and originality – and, of course, the wonderful essence of Courvoisier Cognac.

Courvoisier Canada Brand Manager, Deepti Gurkar, said of the initiative, “We want established, aspiring and recreational chefs alike to see Courvoisier cognac, with its rich aromas and complex tasting notes, as an integral ingredient that can be used to create unforgettable culinary creations.”

The event is the second in the series.  The first, which was held in 2011, gave local Toronto visual artists the opportunity to be showcased. 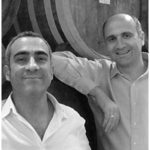 President of A. de Fussigny Resigns 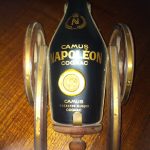 Camus Cognac in a wooden trolley