In late 2008, 621 wine growers in the region of Cognac received a tough letter from the French government: Appartently the French government claimed a refund of the subsidies they had granted ten years earlier to the farmers. The mentioned total amount was at 1.2 million € and 600 000 € interest, additionally.

Hundreds of wine growers in cognac country Charente simply can’t to pay refund the French subsidies, and as this was ruled as illegal by the European Union, the French government will settle the matter at its own expense.

So the Charente farmers joined forces to fight that claim and now succeeded in October 2010. 583 wine growes that are supposed back 7 500 € now benefit from a governmental subsidy.

The French government thought, hey let’s give our cognac farmers some money, so the French brand of Cognac could benefit, then they decided to claim that money back. The European Union stops that process and says: No wait, you can’t do that, leave those farmers alone, this is illegal. The smart French government now thinks, okay, how can we solve this? Exactly! Through subsidies. New subsidies!

The farmers now get some money from a public subsidy system, receive that money, in order to pay back the 7 500 € of the other subsidy. What is this, Sudoku?

Anyway. 48 farmers have special cases and the French administration is trying to find a solution. Cognac Expert already has an idea… what about a public equity fund? 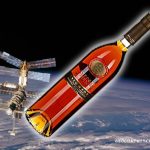 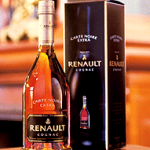