The romance of the open ocean is without question. So with the Day of the Seafarer upon us (24 June 2020), we thought there no better time to delve into the long, long history of Cognac and the salty waters that cradle the majority of our planet.

From transportation to aging and microclimates, the influence of the oceans on Cognac is a truly fascinating subject.

We begin our tale in the 11th century, when the Dutch developed a penchant for the wines of the Charente regions that today we call Grande Champagne, Petite Champagne, and Borderies. Global merchants had long been using the wide, deep waters of the Charente River as a natural port, and the town of Cognac was set to become a hub for the salt trade. Of course, human nature lends itself to enjoying a little down time in any destination, so, of course, it didn’t take the hard-working sailors long to develop a particular taste for the rather tasty local wines?

So good was this wine that many wanted to also enjoy it at home. After all, at that time a journey to another country was a massive undertaking, taking many months or even years. So rather than a lengthy wait to return and once again take advantage of this fine liquor, sailors were keen to bring it with them. But wine, however, doesn’t like to travel. So the ingenious Dutch traders developed the habit of distilling it for transit. When they got home they simply re-added water and voila! It was ready to drink. Not only did this help the liquid retain its quality during what were undoubtedly some rocky crossings, it also meant they could transport more with each sailing.

They called this distilled liquid Brandwijn, or ‘burnt wine’, and is indeed the origin of the word ‘brandy’.

While there might be a little discrepancy over the exact dates that such exportations began, most historians agree that the oceanic transportation of the liquid that eventually became known as Cognac occurred as far back as the 11th century. As time went by it was discovered that the ‘shrinking’ process of the liquid was even more effective when carried out twice—and the practice of double distillation was born.

Crucially, it was this distillation that created the basis for Cognac as we know it today. It’s quite extraordinary to think that it was only initially carried out as a way for wine to be transported across the seas. One can only imagine the seafarers of old dipping a wooden goblet into a barrel and discovering that, actually, it was really rather good to drink!

Europe, the USA, and Beyond…

As the centuries rolled by, word of the hallowed nectar from the city of Cognac in France began to spread. In 1549 there’s evidence of brandy from the region becoming a ‘thing’, with historian Andre Castelot reporting about four casks of good Cognac being produced by a wine merchant in La Rochelle.

From then on the popularity snowballed, and by 1779 there were at least 10 trading houses in Cognac itself. The producer that was soon to become the undisputed leader within its field, Hennessy, made it across the pond to New York in 1794. The long sea trip to Australia took a few more decades, with evidence of it being shipped there in 1850. India was soon to follow, with Cognac exports making the sea voyage to Bombay (Mumbai) at the end of the 1800s. Martell, one of the favorite Cognacs of the Chinese, first arrived in Shanghai in the year 1861.

The importance of seafaring merchants in the global spread of Cognac’s popularity is beyond doubt. It’s quite amazing to think that it all began through the simple hack of distillation to protect the liquid’s integrity, along with the ability to cram more into a single voyage.

Discover more about the history of Cognac in our article, A Long Way to Eaux-de-Vie.

A Unique Situation: An Atlantic influence

While sea-bound transportation shaped the awareness and exportation of Cognac, it’s important to understand that the location of the Charente’s vineyards had great bearing on the wines produced there. Millions of years of continental shift created fertile lands boasting wide swathes of chalk, undulating landscapes, and soils made up of millions upon millions of sea creature fossils. In fact, the land in which the grapes of today grow contain the remains of dinosaurs (check out our blog on Jurassic Cognac: The Real Reason the Dinosaurs Went Extinct).

Importantly, this landscape is very chalk-intense, and this massively influences the aromas and taste of the wines that are grown here.

You can learn more about the terroirs of the Cognac region in our article, The Six Crus of Cognac, but it’s important to understand that the oceanic impact on the Cognac in your glass isn’t solely restricted to exports and its early transportation advantages.

The unique location of Cognac’s growth area means it has a maritime climate. The closer individual vineyards are to the water’s edge the more changes in the chemical composition of the eau-de-vie occur. For instance, grapes grown on the Ile de Re, the most westerly area of the whole Cognac appellation, are continually bombarded with Atlantic spray. This has a profound effect on the flavor, producing Cognacs from this region with a distinct minerality that isn’t found from those grown elsewhere.

But it’s not just as the grapes grow, because where the barrels of eau-de-vie languish during the long aging process will also be affected by salinity, humidity, and weather. Therefore those placed in oceanside or, indeed, Charente riverside, cellars will benefit from such environmental factors.

We should also mention the growing trend for Cognacs to spend some months at sea as they age. Not only do they react from the salty air, but also the constant rolling around on the waves. But that’s another blog post entirely…!

So to sum up, the body of water that is the Atlantic Ocean has influenced our beloved Cognac for, well—virtually forever. From the shifting of tectonic plates, sea creature fossils in the soil, historical entrepreneurs taking advantage of ocean travel, and the creation of brandy as we know it, right through to the environmental aspects of grapes grown in close proximity of salt water, the resulting weather conditions close to the coast, and the consequences of aging eau-de-vie next to or on the surface of Davy Jones’s locker, there’s no denying that the sea is the driving force of Mother Nature when it comes to Cognac.

And that’s why we’re raising a glass on the Day of the Seafarer—today in 2020 and for many years to come.

We also wanted to bring your attention to a selection of Cognacs with a decidedly nautical feel. Check it out. 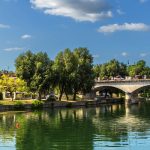 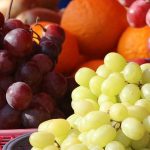