Good news for all Cognac enthusiasts: The BNIC published its new stats this morning. Cognac sales are stable again.

In February 2008, cognac shipments dropped into the red zone. After six years of growth… what goes up must come down. At that time it wasn’t sure for how long this would go on. 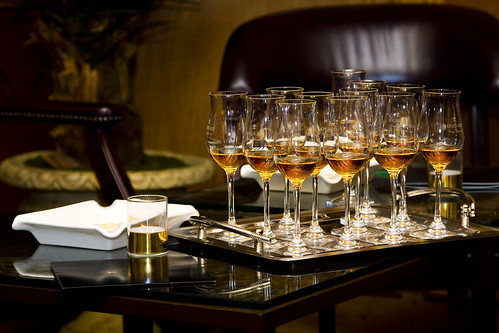 The answer came today. The declining sales lasted for twenty-six months. Today, the BNIC communicated the return to a positive annual trend.

In April, Cognac shipments went up to more than 30%, the level of April 2010 has not caught up with 2008, but there is a spectacular comeback of the eaux-de-vie de Charente. Recovery takes place, but ‘attention’: Let’s see how the international markets develop.

In February, LVMH presented the 2009 results of the wine & spirits company. CEO Christophe Navarre explained that 50% of the decrease in volumes was due to destocking. This was quite visible in the United States and Europe.

Christophe Navarre also announced an increase in volumes of Hennessy Cognac by 11% in the last quarter of 2009 while the annual trend was at least 5%. The results of the first quarter of 2010 go in the same direction: + 13% for Hennessy.

Great success for French spirits giant Remy-Cointreau: The turnover of Remy Martin Cognac jumped to 30.1%, against a decrease of 13.5% over the period April 2008 to April 2009. The rebound was particularly dramatic in the first quarter, with sales (by value) multiplied by three!

The company explains this shift in sales with the revival of consumption, but also the exit from the Maxxium distribution network.

Last but not least: The return to growth for Martell cognac, the flagship of Pernod-Ricard.

On March 31, its volumes rose by 9%, the turnover increased by 16%. The Martell strategy: Less volume, more value.

This strategy is good in these uncertain times, counterbalancing the consumer’s tendency of buying cheaper products.

Guest article about alarming side effect to the recent Cognac boom